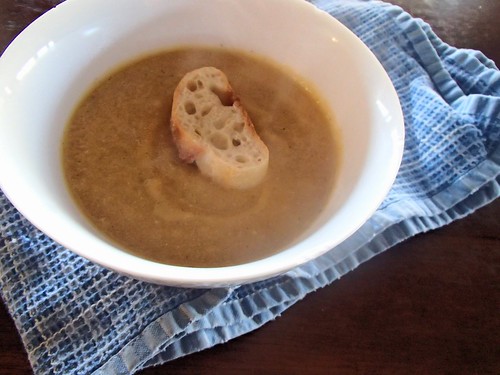 I really tried to take advantage of my time home with the boys to do some of the activities we never get around to doing.  Like the Maritime Museum.  We've been living here for years and never explored the museum, which I knew Thatkid would love. 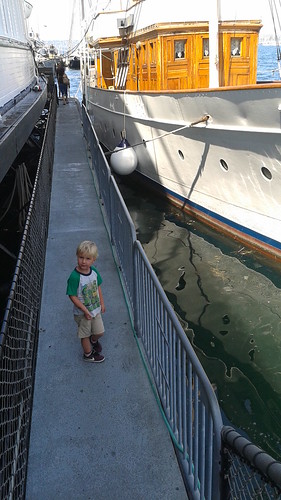 The museum consists of 11 different ships - those powered by wind, steam, fuel, and two different submarines.

The submarines were Thatkid's favorite.  And the ones that made me the most nervous.  I didn't realize it until I got down inside, but I'm a little claustrophobic! 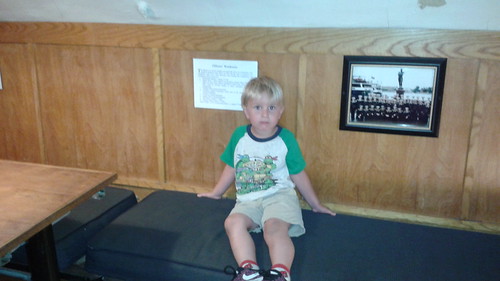 Not to mention that crawling through small holes with a baby strapped to your chest is probably not the easiest thing in the world. 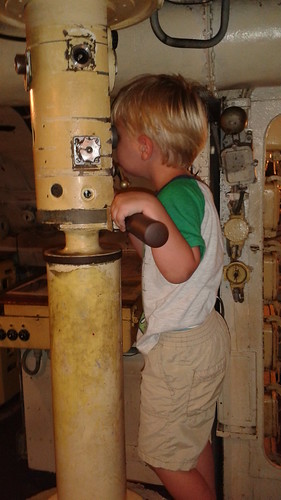 My favorite ship was The Star of India, which I sold to Thatkid as a "Pirate Ship" even though she spent most of her life hauling emigrants between Europe and New Zealand, which is what the exhibits in the ship portrayed. 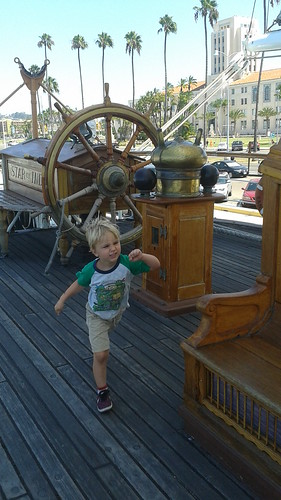 Although the lodging situation within the ship were less than ideal, it was interesting to compare them with those in the subs!  They seemed like a spacious ocean liner in comparison. 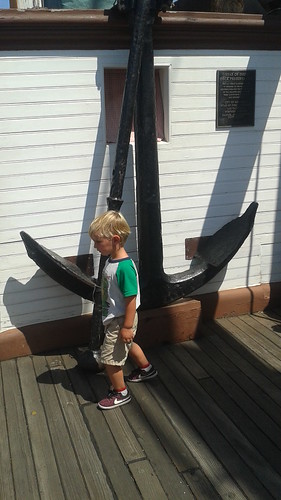 The only problem with bringing a 3 year old to this kind of museum is that I didn't have nearly the amount of time to read and explore the exhibits within the ships as we bounced from boat to boat to boat.   Which only means we'll have to return.  Probably with Thatboy in tow since he missed out on a lot of our summer adventures.

It's hard to believe fall is right around the corner, given that the temperatures here have been in the 90s and 100s lately.  But the pumpkin patches have already started hanging their shingles and Halloween costumes are popping up in stores.  I'm ready.  MORE than ready.  I want the cool weather, the changes in leaves (to the extent we get them), and all the fun that fall has to offer - apple picking, pumpkin patching, and dressing up to get candy!  And of course. Squash!  Pumpkin squash, acorn squash, butternut squash - 'tis the season!  And in an attempt to usher in the fall, this is the perfect fall soup, making use of autumn's finest ingredients - squash, apples, and pears! 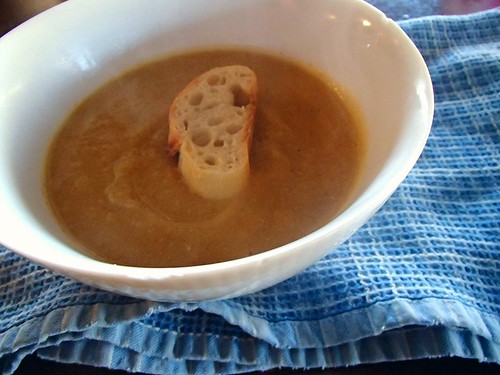