A Homemade Life: Fennel Salad with Asian Pear and Parmesan 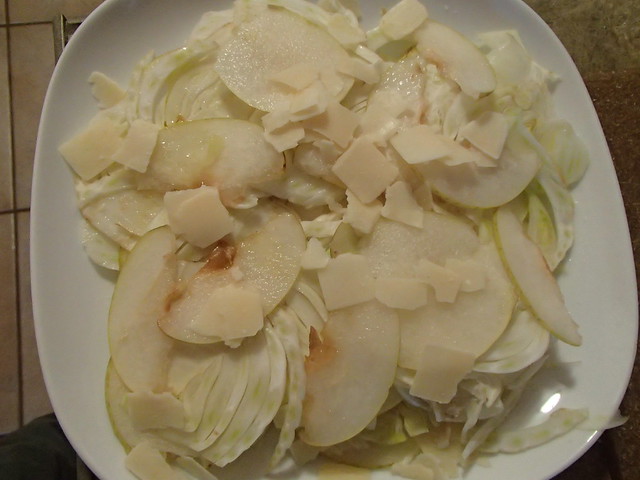 Have you noticed how often bloggers talk about quick and easy meals?  It's totally a thing.  And you know why it's a thing?  Because no one has hours to spend in the kitchen on a week night.  Whether you have kids or not, most of us are worn out after a day of work.

This is especially true in Thathouse lately.  I'm back at work. And due to Thatbaby's daycare, my hours are a little different than before, which means I get up super de dooper early in the morning and we all are out the door without any downtime in the morning.  When we get home, it's all hands on deck eating and getting the boys ready for bed.

Most of the time I'm back to making dinner after the boys go to bed, but even that has to be quick so I can get to bed early.  So I'm really loving dinners that can be thrown together in 10 minutes or less.  There aren't a lot of dinners like that.  Salads definitely fall in that boat, and I'm lucky that both of my guys think salad for dinner is a normal thing.

This is a quick and crunchy salad, and I highly recommend a mandoline to make cutting the slices faster and easier.  The super simple dressing of oil, lemon juice, and salt doesn't even need whisking!  Load up on the cheese and you won't even miss a more complex protein source. 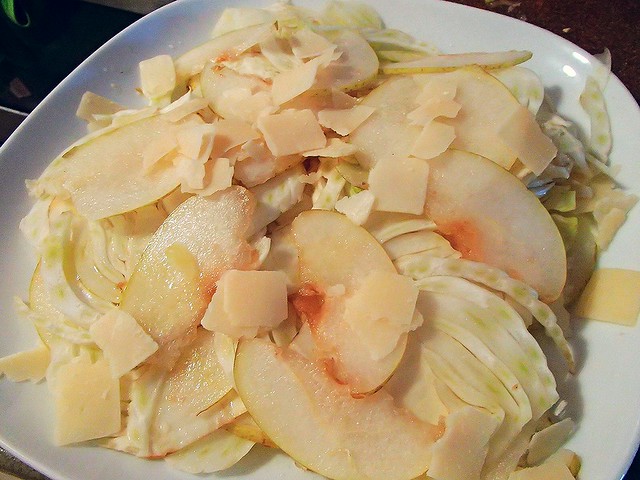