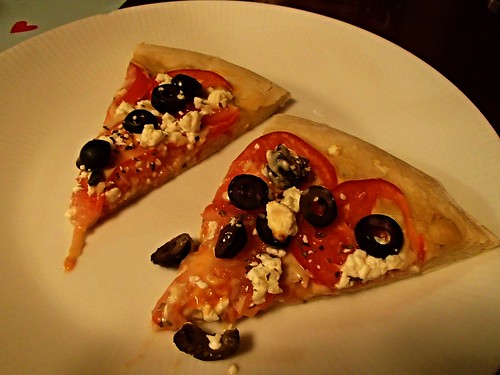 Black olives.  People either love them or hate them.  I don't think there's an in between.  Personally, I love olives in every form, including black olives which are as far from natural as one can get.  But their sour, vinegary tang just falls in line with my taste preferences.

Thatkid hates them.  He doesn't mind regular olives, although he certainly doesn't prefer them, but black olives are persona non-gratis for him.

So this is one of those pizzas that works best as a "personal" pizza in this house, since I'm the only one who will eat it.  The hummus as sauce was really unique for me, I'd never even thought to use it, but it really worked.  It kind of blends into the dough, and is just a smooth, unassuming flavor.  But it works with the rest of the flavors, which are very stereotypically "Greek" - tomatoes and feta.  And really I'll pretty much eat anything that has tomatoes and feta on it! 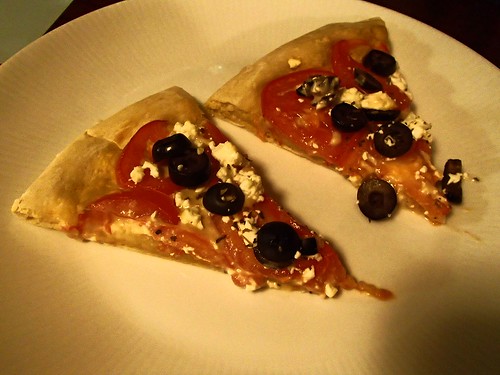