A Homemade Life: Scottish Scones with Lemon and Ginger 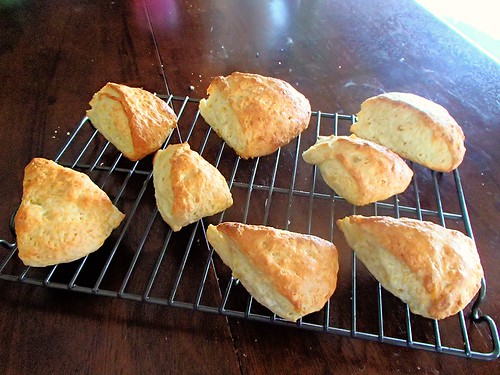 It has been a hot and humid summer.  And we have not gotten the opportunity to have the pool time we usually do.  Pools are now 2 parent jobs, since I can't bring Thatbaby into a pool for a couple more months, nor can I leave him to chill on the sidelines while I play with Thatkid.

So instead of pool time, we've been hitting up the local splash pads.  Despite the fact that it has rained heavily every week this summer, the California drought has meant the closure of all the splash parks that are close to us.  So we've had to venture farther afield.  Like when we headed downtown with Mrs. Pirate and Little Pirate.

For that adventure, we even took the train.

Little LO has a splash pad right by his house, so we met up with them there.  Of course, even though it was super hot, the boys took great joy in spending most of their time fully clothed at the playground instead. 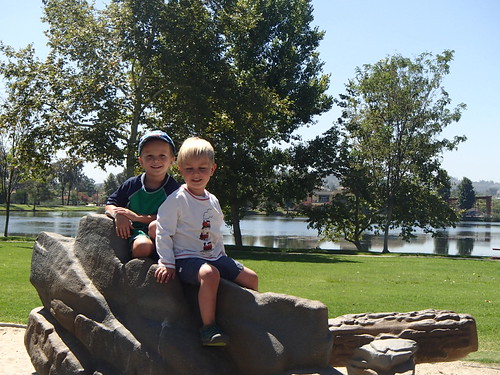 But they more than made up for it at Little LO's birthday party over the weekend, when everyone spent their time wet and splashy. 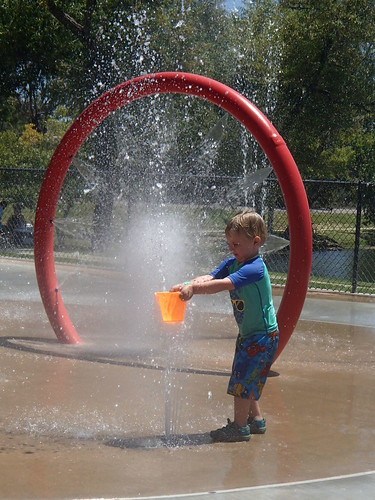 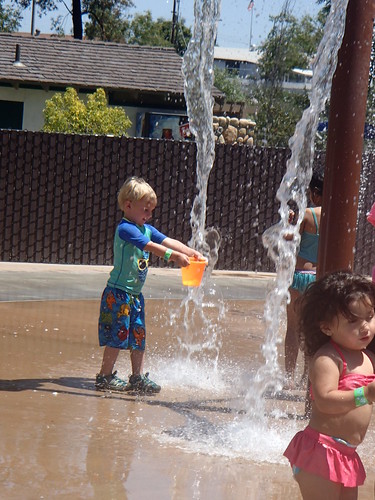 Except of course when they were eating cake. 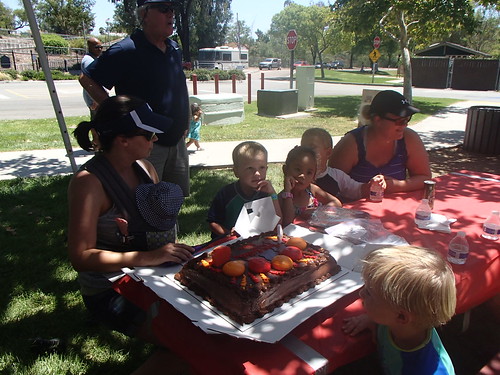 These scones may not seem like a great warm weather breakfast, since they require the oven, but think of them as an investment.  Because you make them one day, and have breakfast for several.  A breakfast that requires very little energy, which is perfect when it's already 70 degrees before the sun rises in the morning.  They also pack easily, so you can bring them with you as you head to cooler ground.

The lemon and the ginger work really well together, giving them a brightness and bite.  I was concerned the ginger would make them "too spicy" for Thatkid, but as I've said before, he never ceases to surprise me when it comes to ginger. 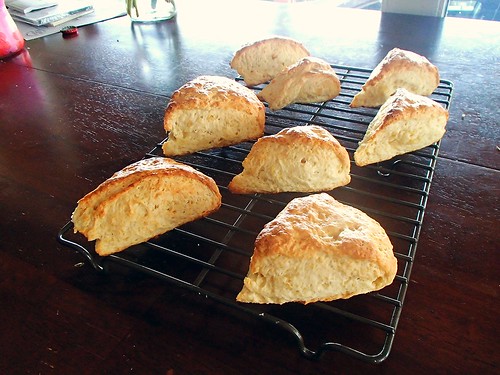