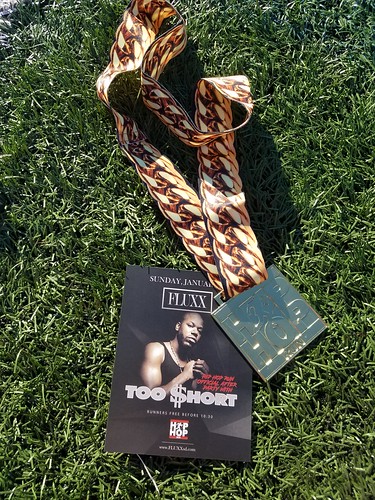 As I mentioned, my goal for the year is to run a sub 1hour 10k. So I thought that maybe I should figure out what my base is. After all, it's been a bit since I've run a 10k.

When I saw a  Groupon for the Hip Hop Run, and that there was a 10k component, I was intrigued.  The timing was good too, January - giving me 11 months to improve!

This was the second year the Hip Hop Run has...run, but it's first time in San Diego.  And it definitely had some kinks to work out.

I got there bright and early to pick up my bib.  Parking was great, there was lots of it, and close to the start/finish. I was able to pick up my shirt and run it to the car before the race started.  Although part of the reason I had plenty of time was because the 7:00 start for the 10k  got moved to 7:30.

Pre-race warmups have become a big thing.  And this one had hip hop moves and music to get everyone in the mood. 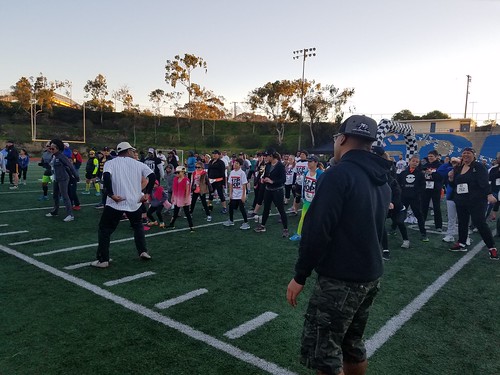 Finally they had us line up for the 10k. 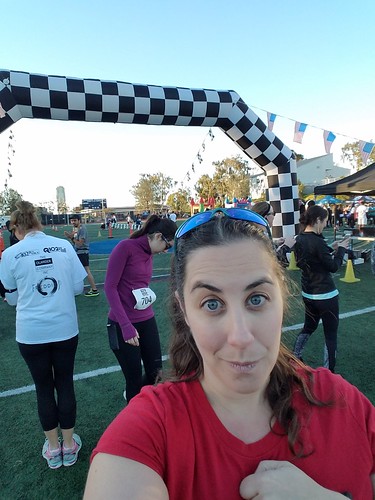 And we were off!

The course wasn't terribly exciting.  We basically ran down B Street and back up, around the stadium, and then...we did it all again! 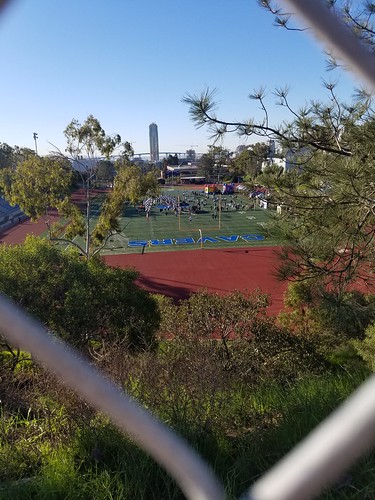 And like I alluded to before, lots and lots of really steep hills. 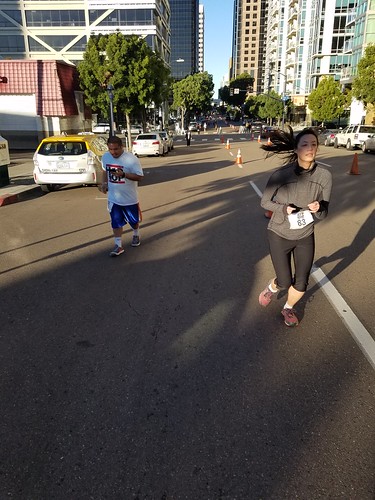 There were a couple of DJs on the course, playing some really great music, but I'm glad that I brought my own music because they were few and far between. 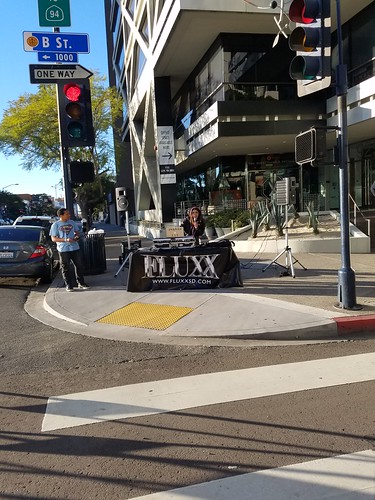 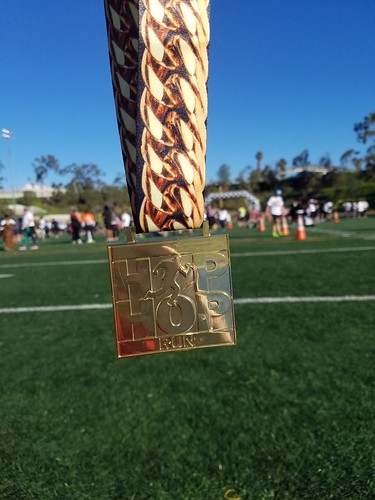