The Cardiff Kook 10k seems like a race that's been around since the beginning of time.  It's a community race that has this aura of history.  I'm not sure why given that it's really only been run for the past 7 years.  Maybe that's a long time for races...

I've wanted to run this race for years and this year, since it's the year of the 10k, was the year I was going to do it! 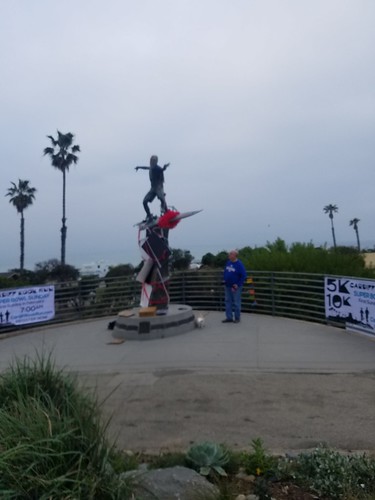 The Cardiff Kook 10k is named for the iconic "Kook" statue in Cardiff.  The statue depicts a surfer that has become a mascot for the community.  He is constantly being dressed up and put into interesting situations, used to ask girls to homecoming and prom, and a frequent photo op for tourists and runners alike.

The Kook was on my daily running route, which is probably one of the reasons I was anxious to do this race.  Much like the founders who wanted to others to experience the course they loved.

The race started in Encinitas and we ran towards Cardiff and the Kook.  There's a 5k component, which is funny, because it turns around before the Kook.

The course runs along the water.  It was a pretty overcast, which made for a nice cool run, if not the best views. 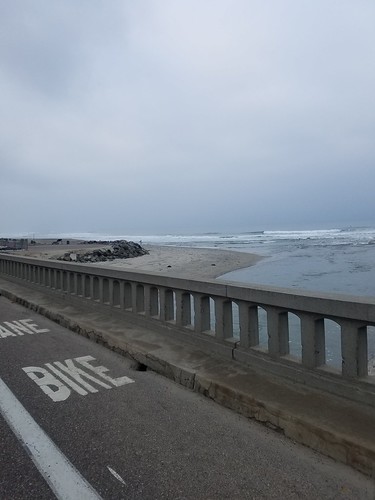 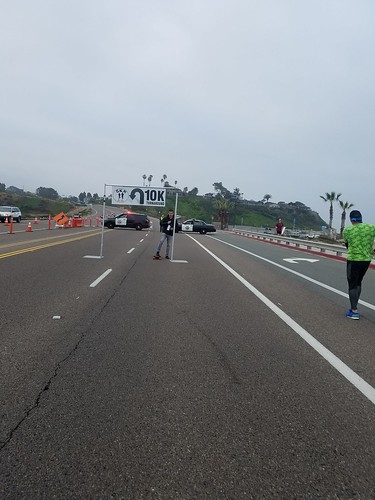 Mile 4 continued with the drop in pace, this time a little over 10 minutes.  Mile 5 hit the hills, and I slowed down even more.  At this point I figured I wasn't going to make my goal of 1:03, but I kept on chugging.  Around this time we met up with the 5kers heading back from their turn-around.  And there were plenty of fun costumes to watch. 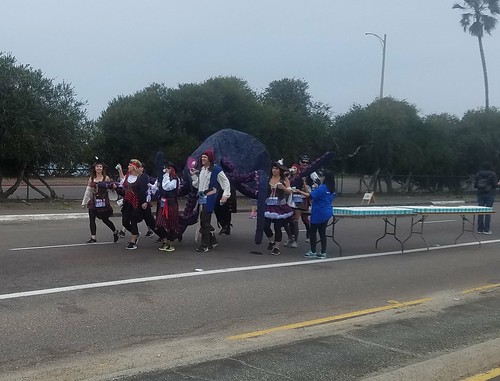 Joining in with the 5kers gave me the extra push I needed and the last mile was back under 10 minutes.  I saw the 1:02 on the timeclock as I approached and kicked it into high gear, crossing at 1:02:31. 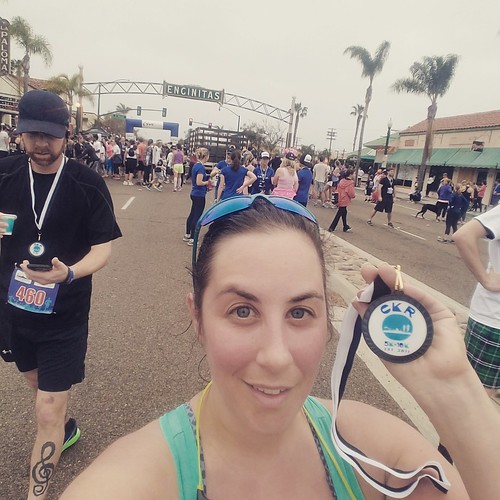