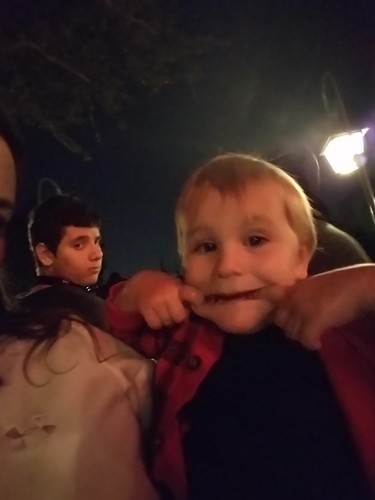 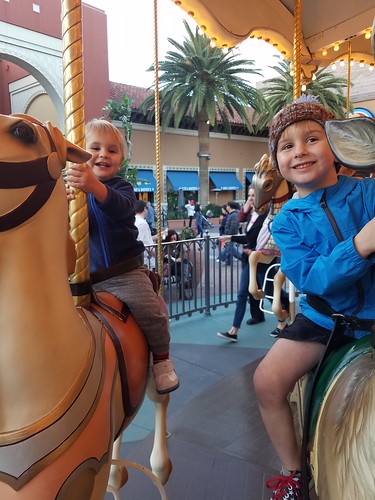 Sleep: We were doing really well, down to one wakeup a night, and then his last eyetooth came in, followed by what the doctor thinks might be walking pnemonia.  And sleep has been the pits again.  Up almost every 45 minutes until around 4am when he decides that's it for the day.

Eating: Thababy had his return check fore anemia and passed!  Our increase in iron rich foods worked!  Which has also led to his new favorite food - raisins.  Dinners this past week have not been so hot, because of illness.  And he's still nursing several times a day, mostly at night.

Best Moment: Taking Thatbaby to Disneyland  He had such a good time, was patient in the lines, enjoyed the rides, and loved seeing the characters. 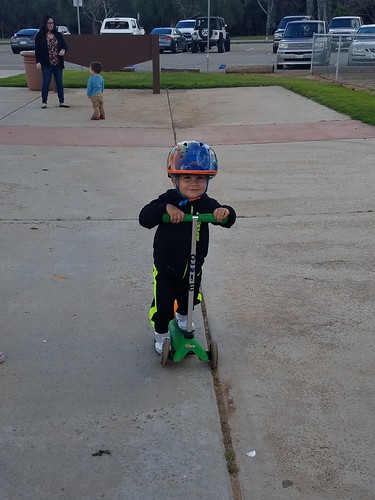 Monthly Wisdom: We've entered the hitting phase of toddlerhood.  Which I hate.  Unlike Thatkid though, Thatbaby instantly regrets it.  He gets frustrated, hits, and then starts crying and hugging me.  I just need to remember this is just a phase, and as he gets more language under his belt there will be lest hitting.


Goals for the Upcoming Month:
- SLEEP  (what are you guys going to do when we conquer this hill?")

Things Thatbaby is doing:
-  He says yeah!  Which is so much nicer than no, which we got all the time.
-  He knows almost all of his body parts and some colors.  (Although must colors are pink..no matter what color they are)
-  He's started stringing together thoughts.  Like calling things "Mama's car."
- Hitting, not a good thing, but he's doing it.
- He can get into the carseat by himself and buckle the top buckle.
-He knows his name and recognizes himself in pictures.
- Speaking of, he loves having his picture taken.  He is constantly posing and saying "cheeeeeese."
- He has discovered a love for Mickey Mouse. 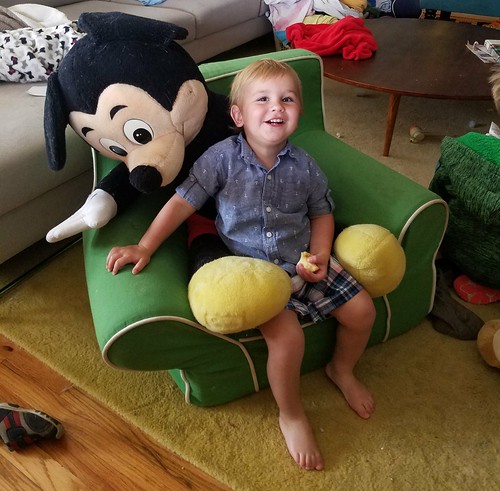