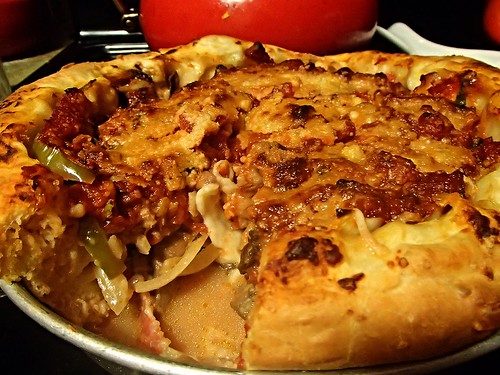 As one of the perks from being a Fit Foodie Ambassador I got sent the Crave Cookbook by Cooking Light.

So for the next 4 months or so I'm going to be featuring recipes from the book.  But not today.  Today, as an introduction to the pizza chapter I'm featuring a recipe inspired by our trip to Chicago - deep dish pizza.  There are deep dish pizza recipes in the cookbook, and trust me, you'll see them, but this is kind of my own version.  Version 1.0?  It's a totally decadent style of pizza, really focusing on the filling as opposed to the crust.  And the filling is completely worth it. It has the toppings from the pizza we had on our Chicago trip - sausage, pepperoni, bell peppers, and mushrooms.  "Everything."  A great Non-light version before we dive into the healthier versions. 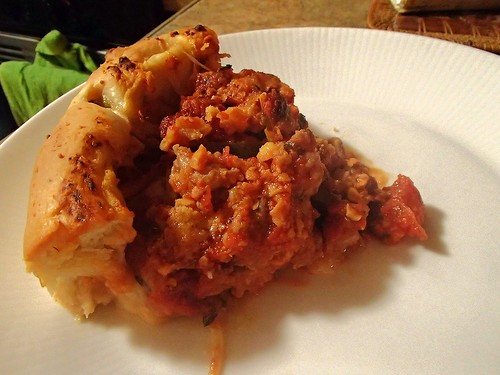