Ringing In the New Year: Barbecue Pasta with Shrimp and Sausage 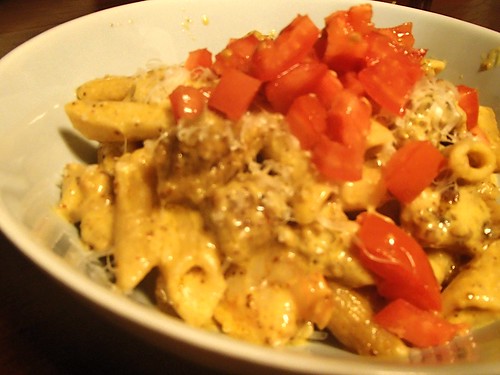 I'm not a huge fan of New Year's Eve.  There's so much pressure to go out and do something.  To make the most of the last few moments of the old year.  To stay up late.  (And I'm not a late night kind of girl.)


But I love New Years Day.  No pressure.  Even though it's a brand new year, there's a sort of unspoken rule that you don't have to do anything on the 1st.  Sleep in, grab brunch, and just kind of laze about.  This year I thought it would be wonderful to do all that, with friends.  So we hosted a New Year's Day Brunch. 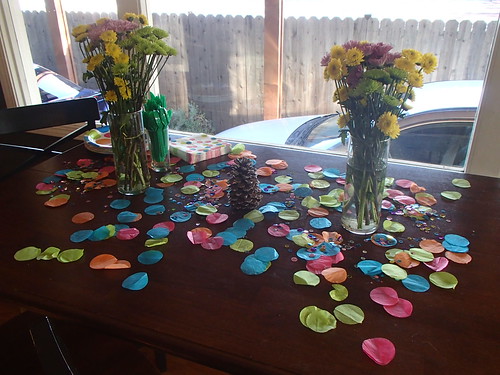 It was a very casual affair, decorations consisted mostly of tissue paper confetti I punched out while waiting for the ball to drop. 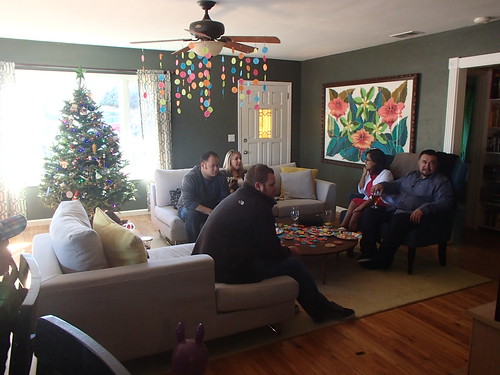 Our guests meandered in and made themselves at home.  Thatkid entertained his peers while we greeted the New Year with coffee, mimosas, and lots and lots of food. 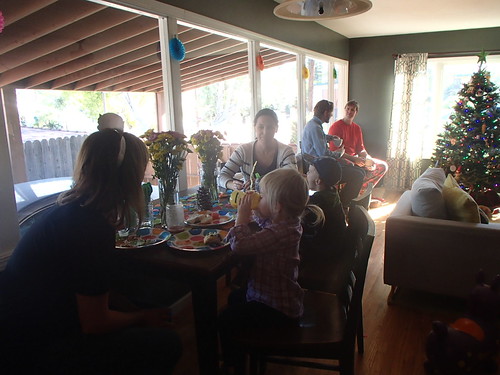 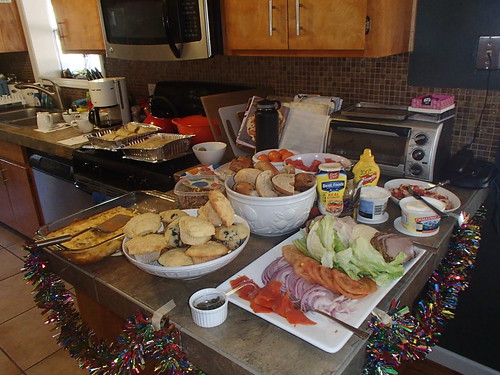 Our guests stayed until late into the afternoon.  While Thatkid napped we played a rousing game of Cards Against Humanity.  And then after they left, cleanup was a breeze.  I especially like throwing a party on the first day of the year because all the pre-party cleanup means we start the year with a clean house!


As usual, the party left us with lots of leftovers.  Which is nice, because that means we didn't have to do a lot of cooking for the next couple of days.  But when we were out, comfort food was the logical next step.  Pasta.  Not the healthiest way to start the new year, but it fits along with the whole lounge about on the couch mentality of New Year's Day. 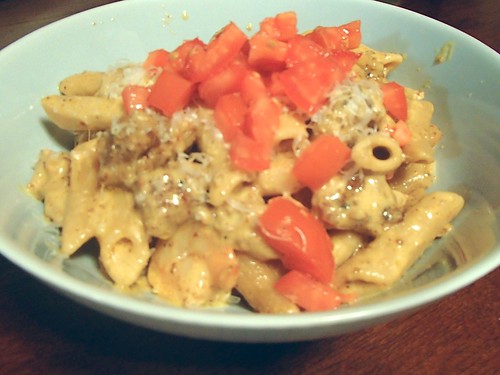