I'm not fabulous with social media. As anyone who knows me will attest, I am infuriatingly NOT involved with facebook, twitter, instagram or the million other ways people fill their day.  I'll admit it - I just don't get them.

The same holds true with pinterest.  I've heard people lose hours on the site, which I fully can't understand.  Whenever I use pinterest I type what I'm looking for in the search bar, scroll through what pops up, pin what I was looking for, and log off.  I usually have one board I'm working on at a time (like Thatbaby's birthday party.)

So when I got an invitation to a Pinterest White Elephant Party I was a bit at a loss.  The instructions were simple - bring a bottle of champagne, a brunch food, and a gift inspired by pinterest,.  But really, I had no clue what that meant.  I turned to my more social-media savvy friends who came up with a list of creative ideas - my very own living pinterest board!

The winning suggestion was "Sunshine in a Box," except when you live in California, no one is really clamoring for more sunshine in December.  So I decided to change the idea to "Christmas in a Box."  Same idea - a box of candy and other goodies, but red and green themed instead of yellow and white. 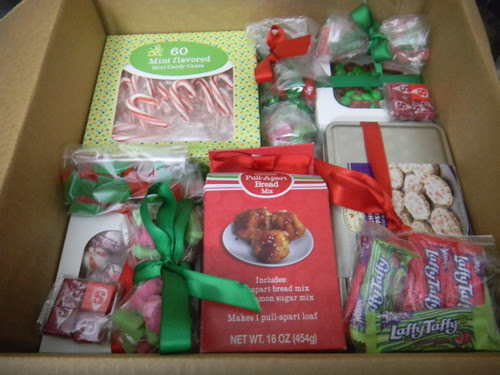 The rest of my party prep was easy.  Do you know what goes perfectly with a champagne brunch?  Rum cakes!  Boozy breakfast treats were never so fitting.  These cakes are not too sweet, but dipped in a rum syrup makes them quick to disappear from the table.  Just don't drive right after drinking eating them. 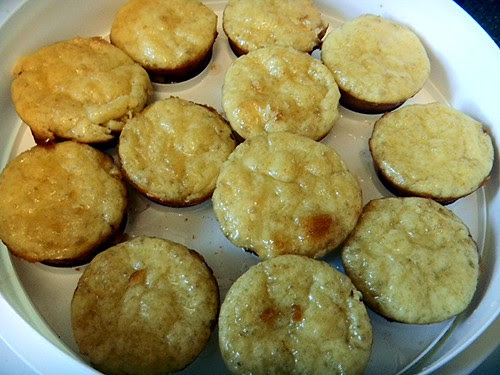 And the bottles of champagne were a complete necessity.  I think we went through all of them! 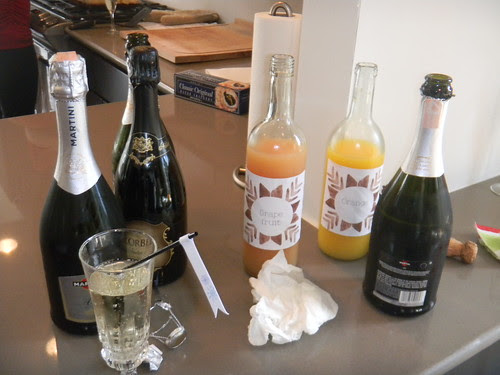 The rest of the spread was equally fantastic.  Many of the foods brought were inspired by - you guessed it - pinterest! 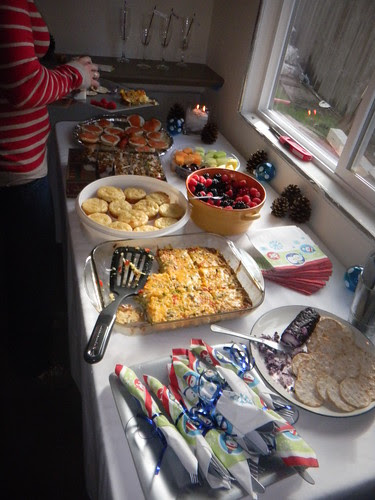 Our pinterest presents were stacked under the tree, just waiting to be chosen, opened, and stolen. 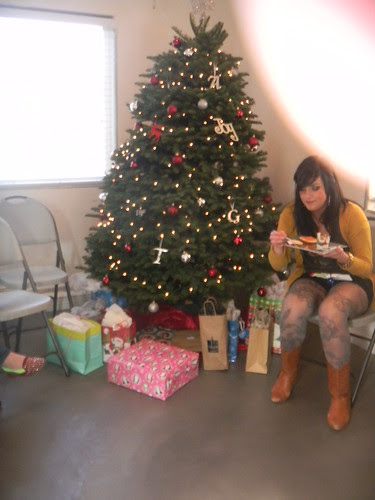 And after all the choosing, opening, and stealing, I walked away with my very own pinterest present: 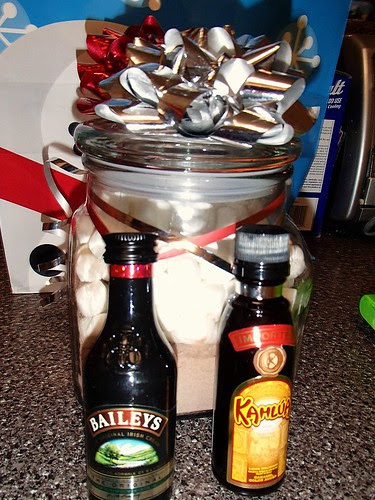 Grown up hot chocolate mix!  What makes it grown up?  Well the Baileys and Kahlua of course! 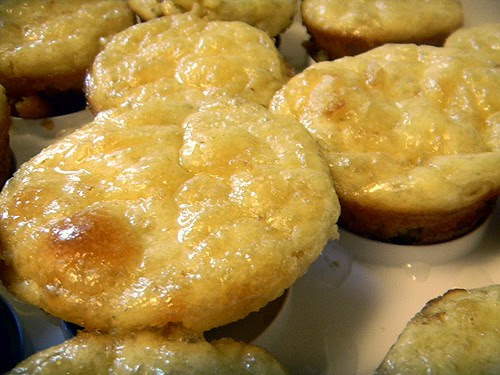