Before we headed to Phoenix I beseeched my Phoenix foodies for some awesome restaurant recs. And they were more than happy to oblige me. So a special thanks to Kelsey and Karen because MAN did we eat well when we were there. 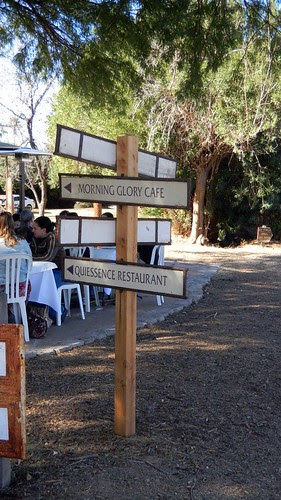 Our first meal was at Morning Glory at “The Farm.” It was very different than what I was expecting. I think my Californian is beginning to show. I should qualify that statement, different doesn’t mean bad. I just was expecting a sit down crowded café like most of the breakfast places we go to. This was like a picnic. A delightful picnic underneath leafy trees beside a huge garden. Technically I guess that garden is the farm but it was such a peaceful experience. The tables have cloth checkered tablecloths and most of the vegetation on the menu comes right from beside where you’re sitting. It’s a concept I love. Truly farm to table. The farm itself is expansive and idyllic and we spent quite a bit of time just wandering around. Thatboy said that if we lived in Phoenix, we’d be having breakfast here every weekend. 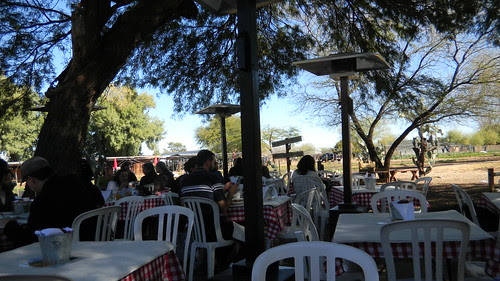 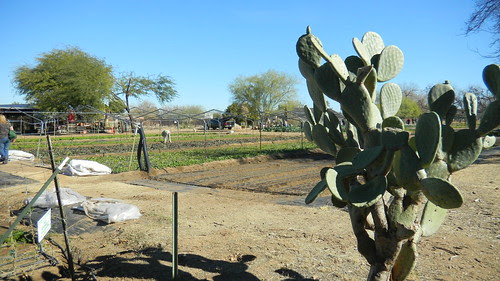 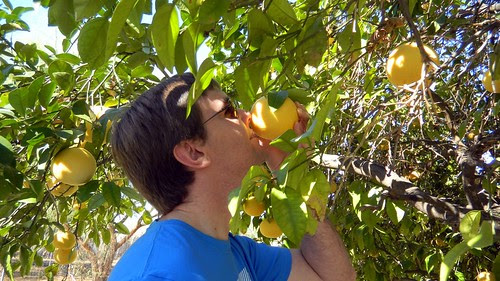 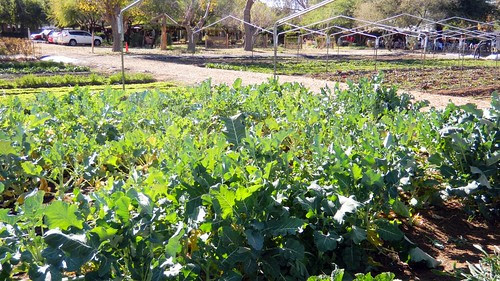 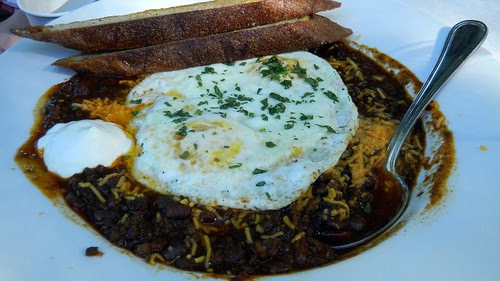 Saturday night, we hit up Pizzeria Bianco. Kelsey had said that it was supposed to be one of the best pizza places in the country. Apparently she wasn’t the only one who had heard that. The doors open at 5, and the line forms at 3:30. 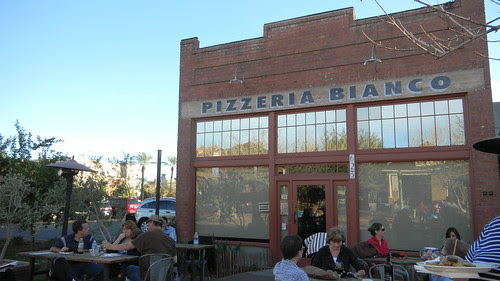 The gentleman in line behind us was a self-proclaimed pizza aficionado. He traveled the world searching for the perfect pizza. For their anniversary that year, he and his wife had traveled from Oregon to Phoenix, JUST to eat at this restaurant. Friday night they had waited in line 3 hours to have dinner there, and it was so good, they were back again Saturday. That’s a lot of buildup for a pizza! 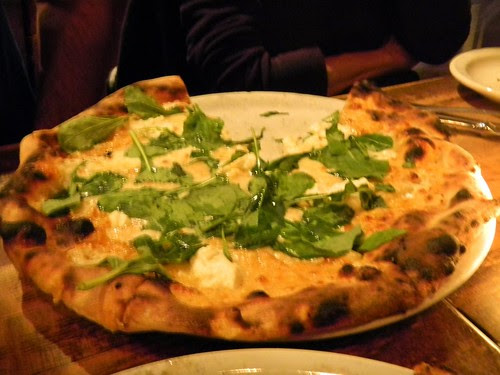 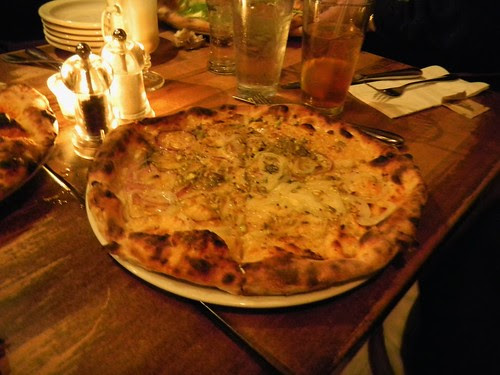 And these pizzas were good. Maybe not the best pizza I’ve ever had in my life (although pizza isn’t one of those foods I tend to qualify in such an aspect) but certainly delicious. And Thatmom and Thatboy declared that the antipasta plate we started out with was the best antipasta they had ever eaten bar none. 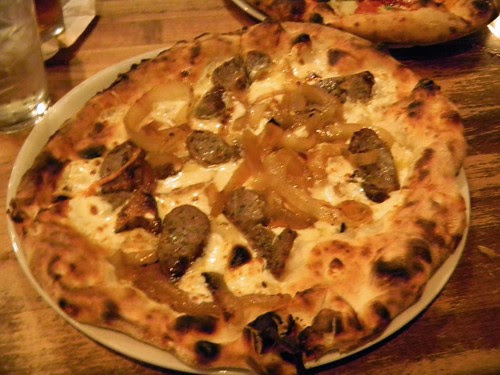 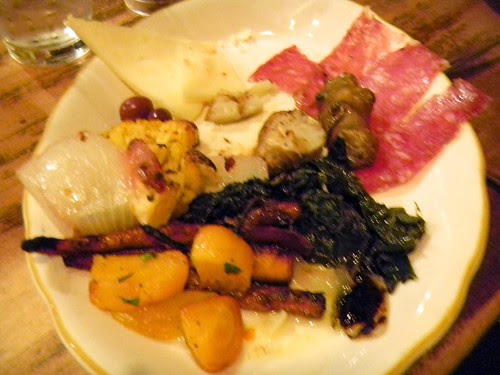 The crust was woodfired, thin, and actually had flavor, unlike most crusts which serve just to transport the toppings to your mouth. Although most of the pizzas we tried were sauceless, they were not stingy with the cheese, which is always a good sign. 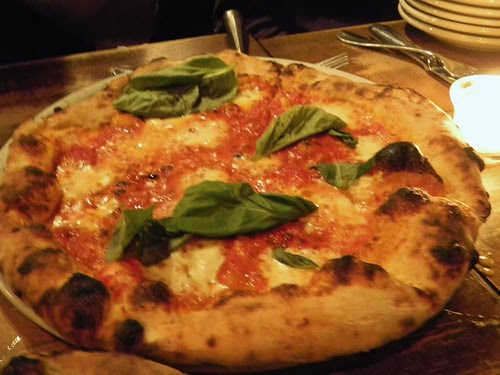 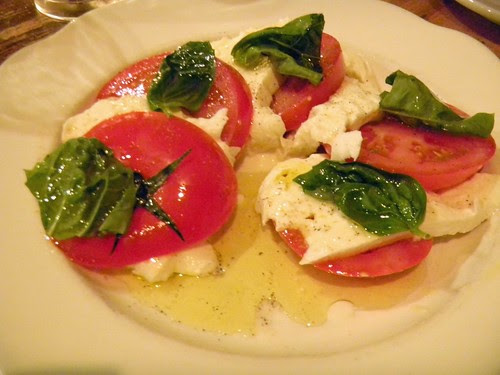 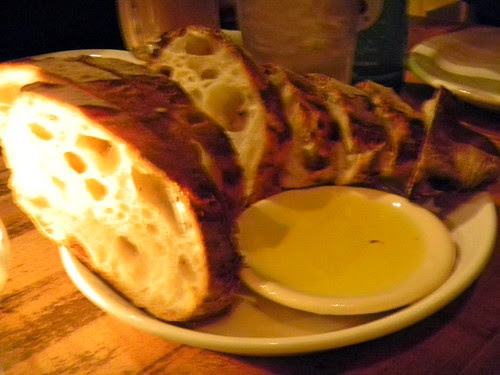 Sunday after the race we ate a late lunch/brunch/does-anyone-want-to-eat-today-meal. Toxicesq suggested Barrio Café which was also on the list recommended by Kelsey. You can’t get better than two recommendations! (I know, 3 recs would have been better, but two is twice as good as one. And one is the loneliest number you can ever do.) 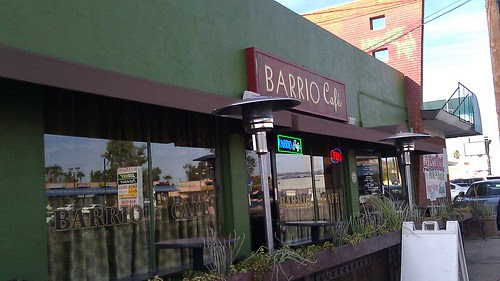 I had read the description of Barrio Café which held that it was not your typical Mexican restaurant because it was Southern, and therefore(?) not spicy. Truthfully, the preparation was fairly typical Mexican fare with the exception of pomegranate seeds in the “guacamole” (in quotes because I’m fairly certain that cutting up an avocado into chunks isn’t really guacamole. I believe it’s still referred to as “avocado.” But what do I know, I’ve never been to Southern Mexico.) 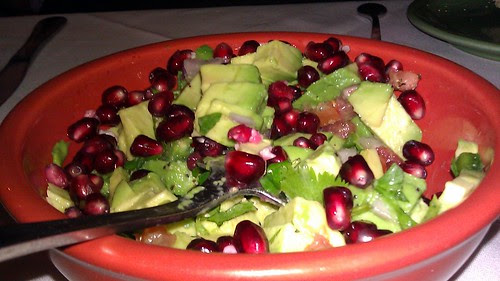 Fairly typical Mexican fare does not mean that Barrio Café was no good. On the contrary, what they do, they do well. And Thatmom and I thoroughly enjoyed our huevos rancheros (I think Thatmom may have drank her sauce directly from the ramekin). 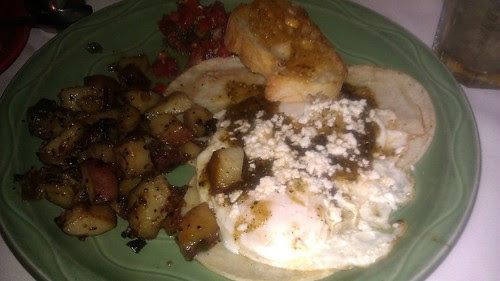 And I didn’t hear a word of protest from Thatboy and Toxicesq as they partook in their tacos cochinita pibil. 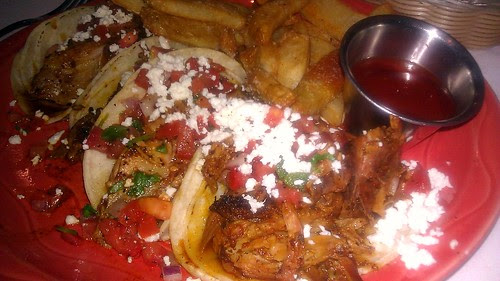 After looking at all the recommendations for restaurants, my top pick was NOCA. Especially their “Simple Sunday Supper.” Sunday nights they feature a themed prix fixe menu. This Sunday it was a dinner with Denis Soriano. I’m not sure who Denis Soriano is. From the name I would assume he was Spanish or Pilipino, and yet the food was decidedly French. Cheddar gougeres as our amuse bouche were quickly followed by croque monsieurs and frisse salad. 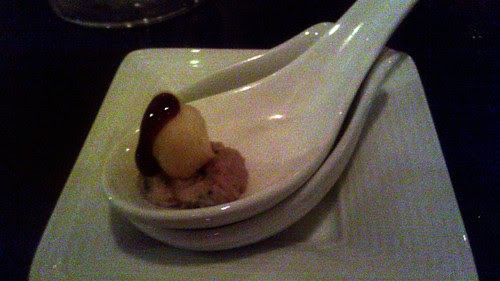 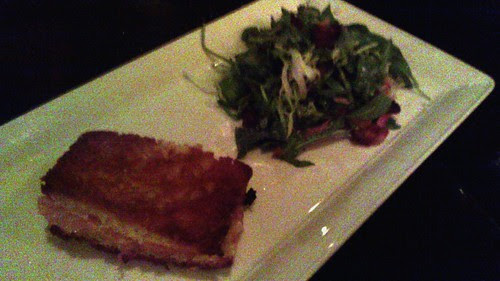 Our intermezzo was a demitasse filled with warm creamy (dreamy) parsnip soup, which could go into the category of best thing I’ve eaten. 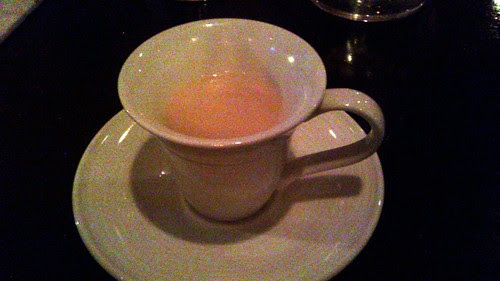 For dinner we all had the beef bourguignon served over duck fat fingerling potatoes. 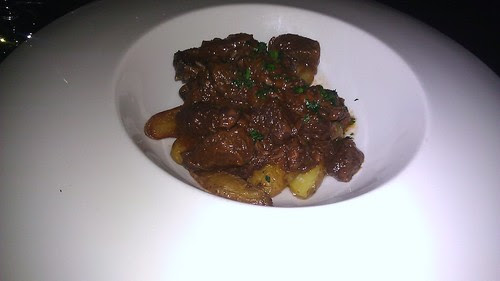 While we waited for our dessert of profiteroles and hazelnut gelato, pink vanilla cotton candy was brought to the table. 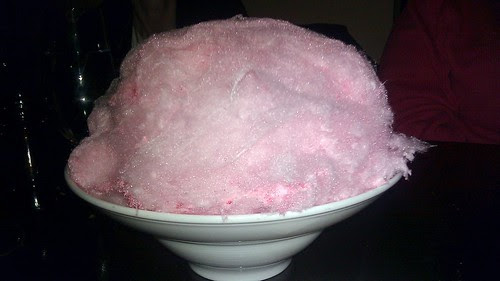 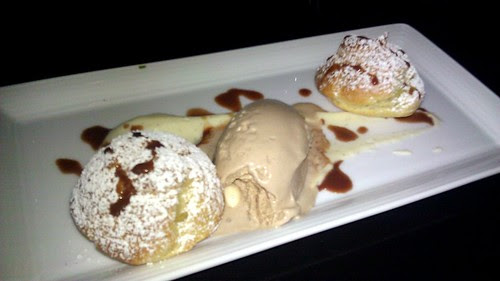 And after we were all done, we were sent home with a chocolately chocolate cookie. It was truly a delectable dinner. Although several of the items were rich, the portion size was perfect so none of us felt that we had a lead bomb in our stomachs as we crawled into bed.

I couldn't hope to replicate the food we had in Phoenix, although I am definitely going to attempt my own parsnip soup this weekend to enter in Valli's "best thing I ever ate (recently)." Instead, I found another lobster recipe to share with you. It's a leftover in many senses of the word. Leftover lobster, leftover recipe, but for those of us who don't like fish sticks, this makes a fantastic alternative. And if you've got a little bitty picky eater, or a big picky husband, it's a great way to warm their pallet to fancy expensive food. So they'll be more willing to buy you lobster and jewelery. Because I'm pretty sure the two go hand in hand. 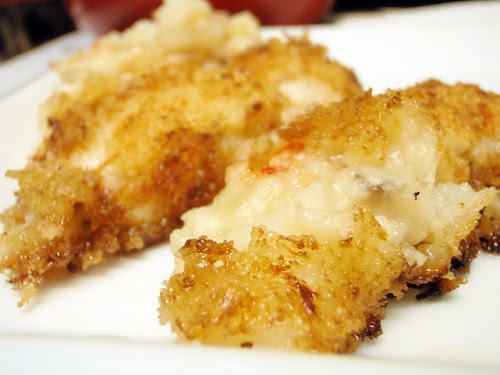 Lobster Croquettes
1 Tbsp butter
1 1/2 Tbsp flour
1/2 cup milk, heated
1 cup chopped cooked lobster meat
1/4 tsp salt
1/4 tsp dry mustard
pinch of cayenne pepper
3/4 Tbsp lemon juice
3/4 cup bread crumbs
1. Melt the butter in a saucepan. Stir in the flour and cook, stirring constantly, until the paste cooks and bubbles, but don't let it brown.
2. Add the hot milk, continuing to stir as the sauce thickens. Bring to a boil.
3. Add salt and pepper and cook, stirring, for 2-3 minutes and remove from heat.
4. Add the lobster, salt, mustard, cayenne pepper, lemon juice. Refrigerate an hour.
5. Make small cone-like shapes out of the mixture and roll in breadcrumbs.
6. Heat 1 inch oil in pan. Fry croquettes until they are golden.
Posted by That Girl at 11:52 AM