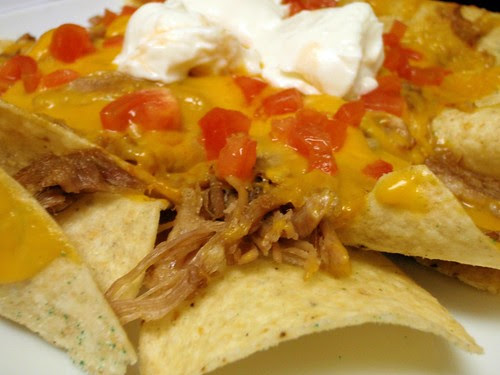 I live in California now, but what you may not know about me is that I didn't grow up here. I know. It's shocking. A Californian who wasn't born and raised in California. From the age of 7 to the age of 15 I lived in a very very very very small town in Pennsylvania. How small was this town? Well, we had to drive 45 minutes to the nearest GAP. And if you grew up in the late 80s, early 90s, you'll understand the importance of this mile marker.

I still remember my fourth grade teacher chasing one of my class mates around the room with a chair or a ruler because he was a Browns fan. Yeah, we were crazy loyal. And after all, the town I lived in was built on the coal mines which supplied the coal which was actually used to MAKE the Pittsburgh steel.

Now that I'm in San Diego, my loyalties have switched. The Chargers are an easy team to love, but they're also a team that can break your heart. Year after year after year. Even though they're not "my team" anymore, there was a feeling of pride that surged through me last weekend when it became clear that The Steelers were going to the Superbowl. Instead of two random teams, to whom I owe no loyalty, I can cheer loud and proud next Sunday.
GO STILLERS!!!

I'm so very excited for this year's Superbowl, and for more than just the amazing junk food that is sure to be consumed in households across the country. Although, how amazing is that junk food? Buffalo wings, potato skins, and of course, what would Superbowl Sunday be without nachos? These are pure California babies. Topped with fresh carnitas. In San Diego (and much of Southern California) you can pick up delicious carnitas from your closest carneseria. For those of you a bit further from Mexico, try your local market, or even better - make it yourself. We get it so easily here that it's a dish I've never attempted, but carnitas is so delicious if we were ever to move, it would be the first thing on my 'learn to make" list. 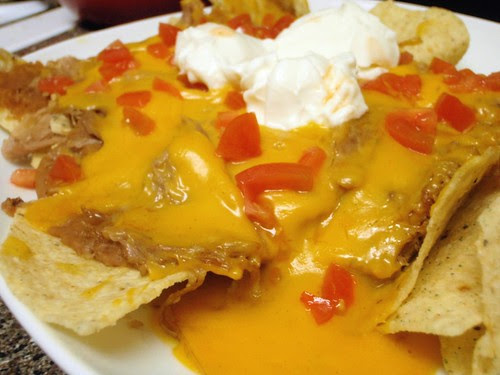 1. Preheat oven to 350. Spread chips on a baking sheet and top with carnitas. Heat for 10 minutes.
2. Combine the beans and jalapeno and spread overtop the chips and carnitas. Sprinkle cheese on top and place back in oven for 5 minutes, or until cheese is melted.
3. Top with sour cream, tomatoes, and a couple dashes of Tabasco.
Posted by That Girl at 5:51 PM