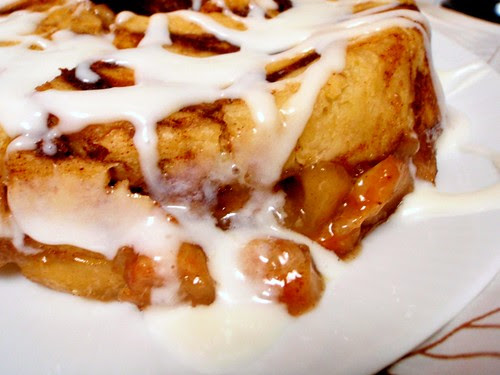 This weekend's big plans were all rained out, so instead, we spent the weekend running errands, getting ready for Valentine's Day and watching loads of television and movies. We caught up on our DVRd shows - and can I just say how impressive the "East" regionals were on ABDC? I didn't want any of them to get cut! We also watched Surrogates. Watching it made me sad, it was definitely a movie Thatdad would have enjoyed. It had a very old school Blade Runner feel. But of course, hardly anything is as fantastic as Blade Runner. (Could Harrison Ford do anything wrong back then?) Thatboy spent some time out on our patio, enjoying sitting in the rain without getting wet.

And we ate loads of junk food ALLLLL weekend. Burritos, Buffalo Wings, Pizza, Popcorn, Beer. I'm totally paying for it now, but it seemed like such a good idea on a rainy weekend. Especially since we spent so much of it in front of the television.


We started our weekend of junk food with breakfast. My friend Wan puts bacon in just about everything. One of the recipes she's made that has stuck with me was bacon cinnamon rolls. I love the idea of adding protein to cinnamon rolls since a cinnamon roll alone doesn't seem like a great breakfast. I mean, it sounds like a GREAT breakfast, but not something to keep you going all day. Even if all day just means sitting in front of the television. I decided to make apple cinnamon monkey bread, with breakfast sausage. Although, I do have to say, it would have been better with bacon. I followed Wan's lead and used pre-made cinnamon rolls. Could I have made them myself? Yes. But seriously, this weekend was not about me baking. It was about me doing as absolute little as possible. 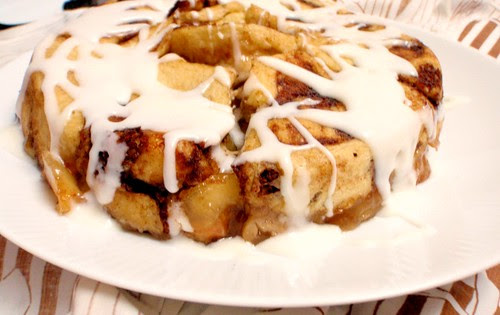 1. Preheat oven to 350. Lightly grease bundt cake pan. Roll cinnamon rolls into 24 even balls and set aside.
2. Mix sugar, salt, cinnamon, nutmeg, and flour in bowl.
3. Peel, core, and slice the apple and toss in the sugar/cinnamon mixture, coating well.
4. Remove casing from sausage and brown in a skillet. Stirring to break up sausage into crumbles.
4. Drain cooked sausage and mix with the apples.
5. Place half of the cinnamon roll balls in the bundt pan. Spoon the apple/sausage mixture over the balls. Top with remaining cinnamon roll balls.
6. Bake for 30 minutes, or until golden brown. Throw out the frosting that comes with the cinnamon rolls. I can't stand that stuff. Instead, frost with your favorite cream cheese frosting. If you do it when the bread is still warm, it'll get nice and runny.
Posted by That Girl at 7:26 PM