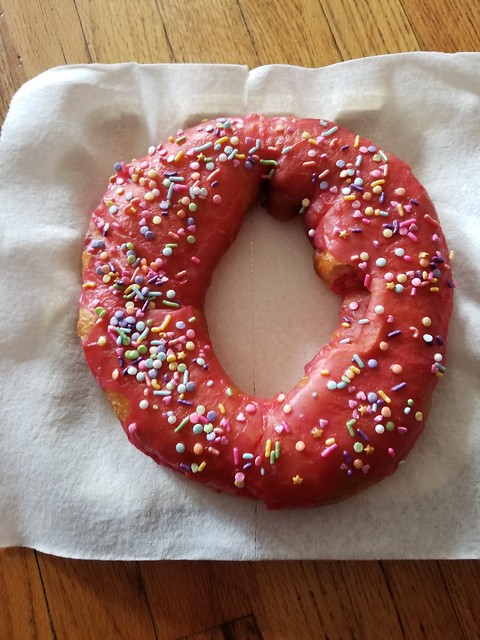 This weekend we were supposed to be heading up to Universal Studios for their Running Universal Trolls race.  Thatkid and I were signed up for the 5k, while Thatbaby was going to do the kids' race.  Of course, like usual, we were going to make a whole weekend out of it.

But since the race was cancelled, and Universal Studios is closed for the foreseeable future, I decided that we'd do our Universal Studios weekend at home.  This worked especially well given that Universal just released their Trolls World Tour Movie for streaming instead of a theatrical release.

When the boys woke up, I had Trolls shirts and hats ready for them, since they wouldn't get them from the race.  I also had printed out park maps for the two of them to decide what ride or show they wanted to go on/see. 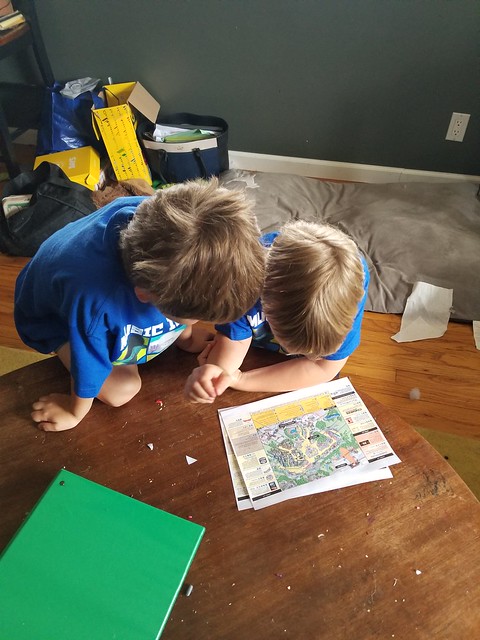 We set up the loveseat facing the television and the kids' chairs in front of it and pulled up some virtual ride-thrus on youtube. 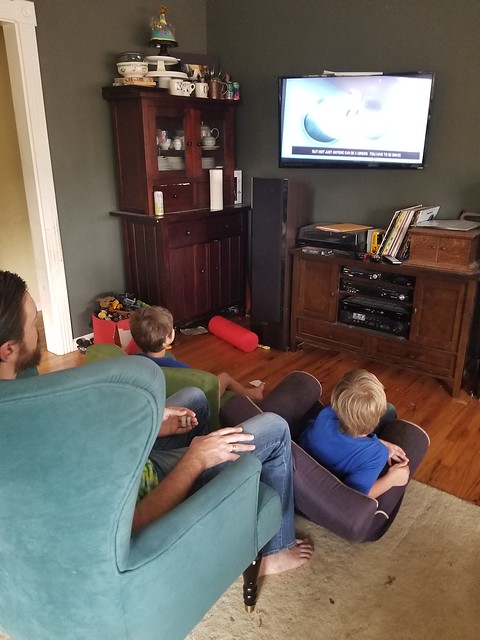 The kids took turns being the "line manager" and asking how many were in our party and directing us to our seats.

And then we rode a bunch of rides. 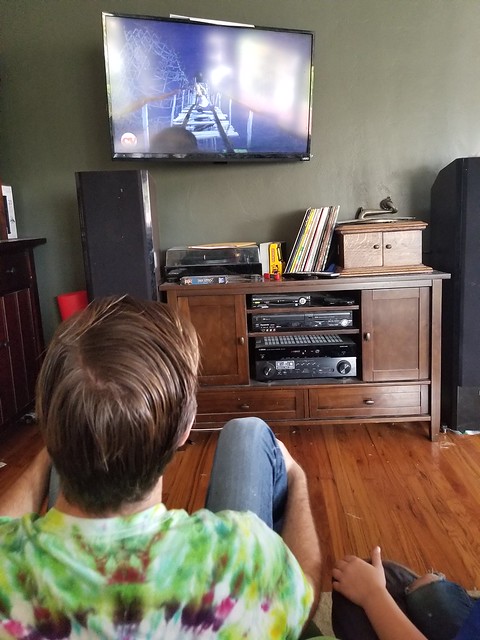 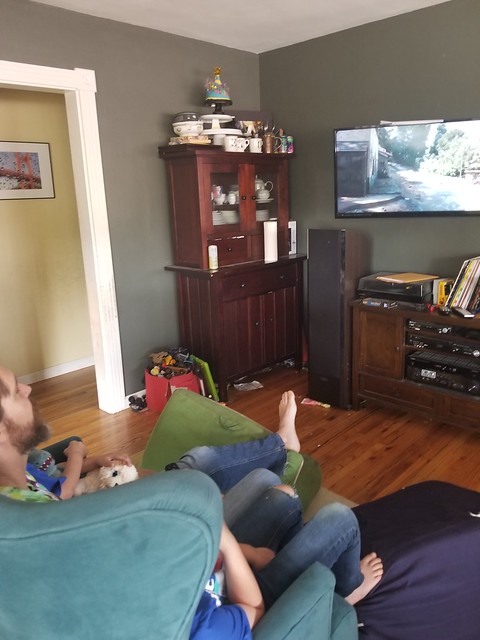 We took a quick break at lunch to head over to "Springfield USA" which is where we usually eat lunch at the park, since there's something for everyone.  This day, however, everyone was stuck with one option - Krusty Burgers.  However, they were served with fries and Squishees. 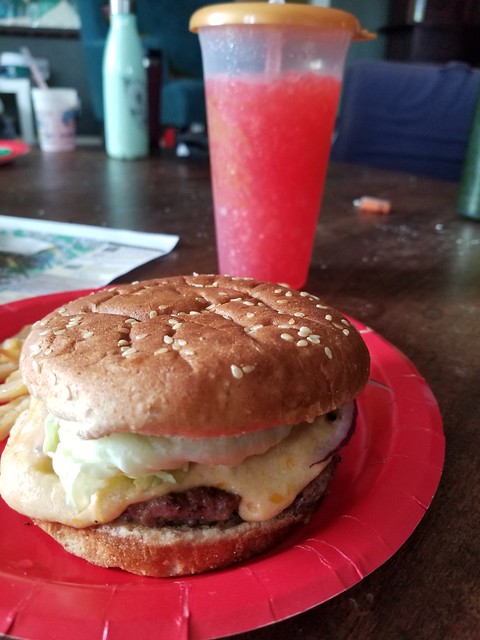 I even managed to grab some Duffs for the adults.  (Although in this case it was an energy drink instead of a beer) 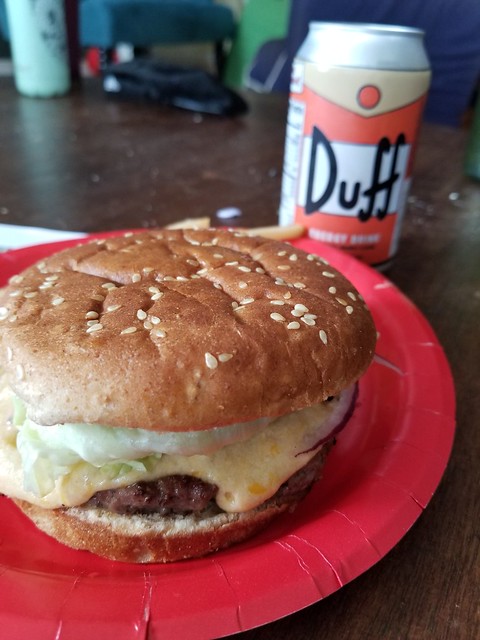 And after lunch, there was doughnut.  Just one.  But as big as the kids' heads.  Because that's how they serve them at Universal Studios and because that is Thatbaby's FAVORITE thing to eat there.  Just like at the park, we divided the doughnut into four pieces and split it. 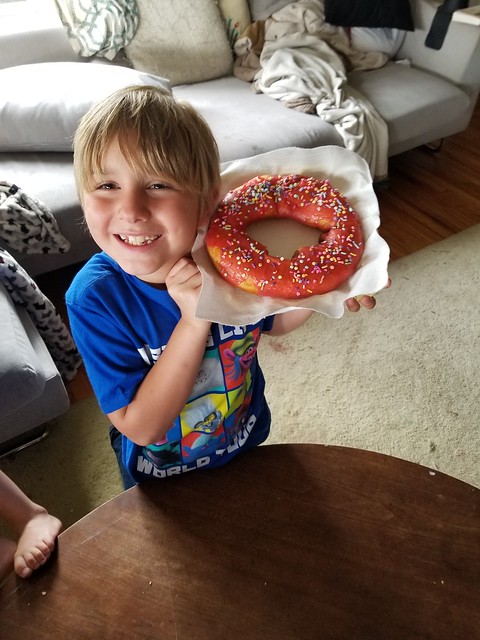 After lunch and nap, there were more rides. 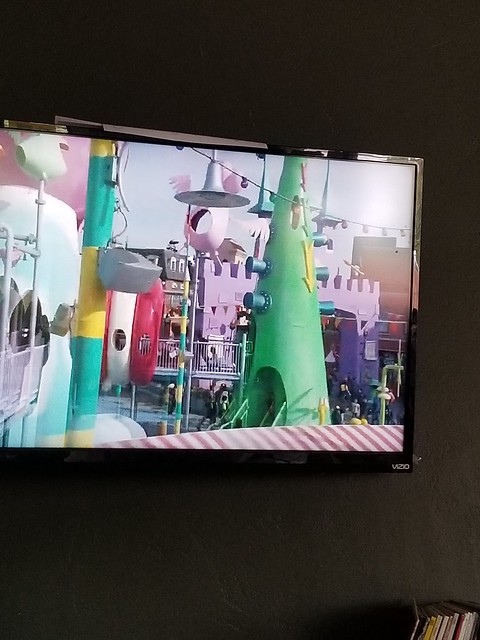 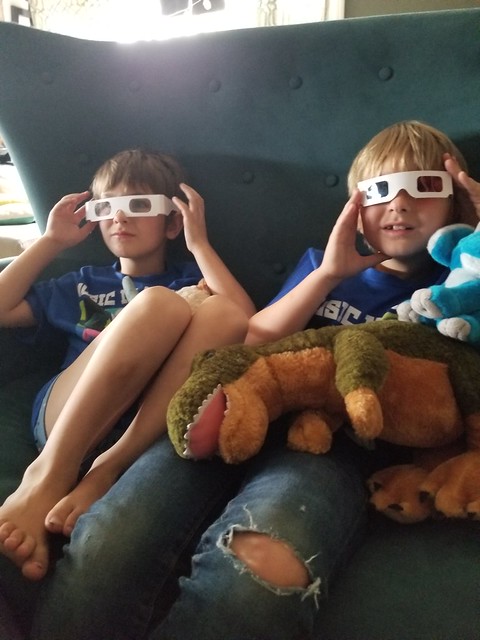 And even a show or two! 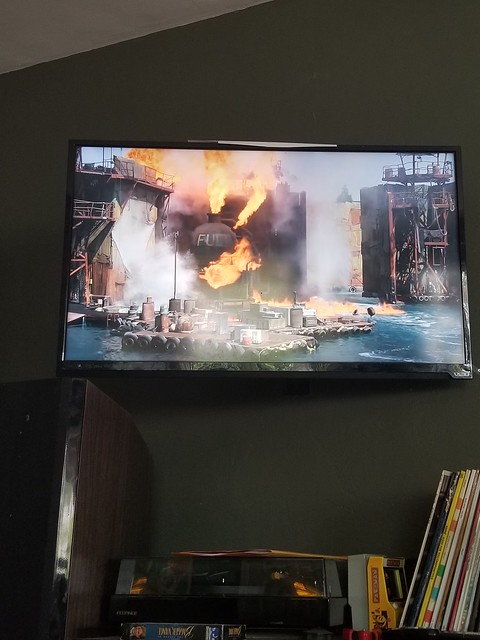 And of course, we rounded out the evening with a showing of  Trolls World Tour. 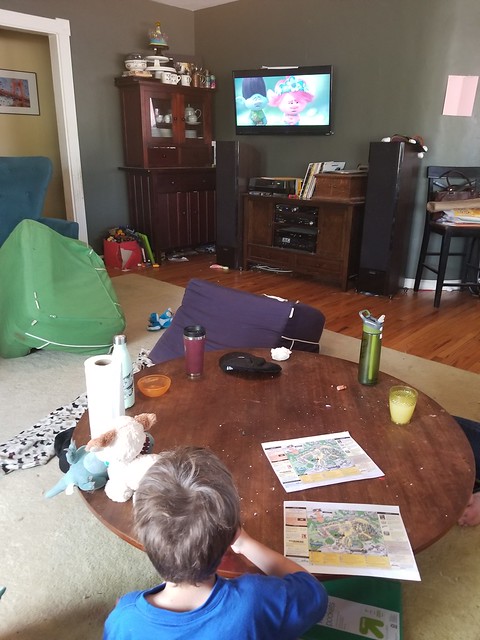 It actually ended up being a really fun way to spend the day.  Of course, riding rides virtually doesn't really compare with riding them in real life, but as Thatboy pointed out, there were also no wait times.

And we did a pretty good job of creating theme-park worthy food.  Our doughnuts might have even been better than the ones you get in the park! 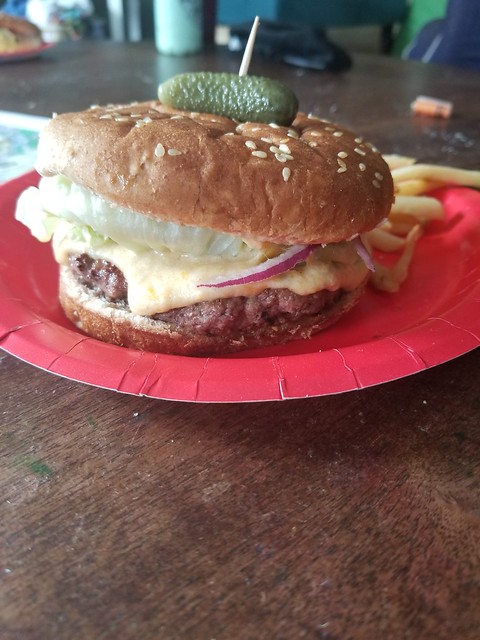 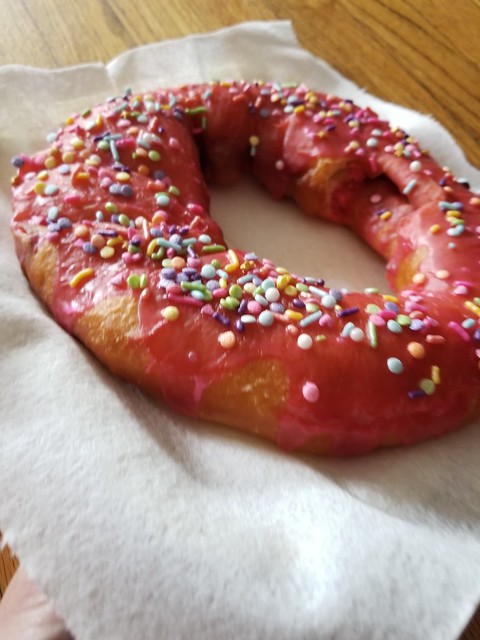