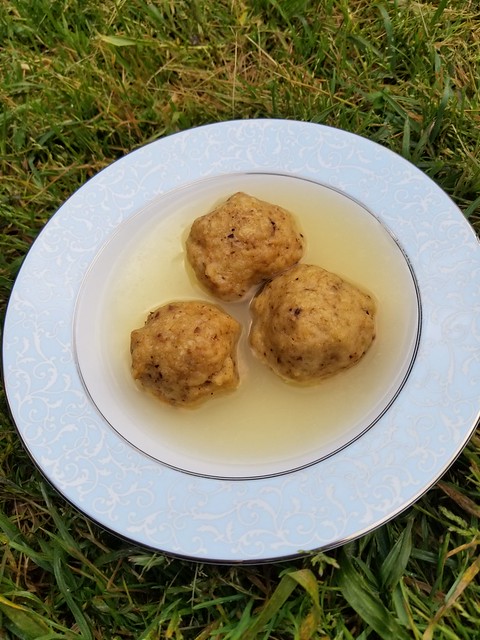 Most of us have had to make changes to our upcoming holiday plans and we're no different.  So instead of heading up to our big family seder tonight, we're doing it virtually.  So a lot less travel, but also - that means I need to make dinner!  You win some, you lose some.

In addition to those kind of changes, I think a lot of us are rethinking and simplifying our menus.  Because I'm still working full time, with no reprieve from momm-ing since there's no school, so the idea of making the typical multi-course seder just doesn't seem doable.

Instead I've decided to focus on the seder food my family loves - matzah ball soup.  It's my kids' favorite, and usually they don't eat much else.  So why not just make it the star of the show?  I found a recipe for "South African- Lithuanian Stuffed Kneydlakh" in my Joan Nathan Holiday cookbook and it seemed like the most perfect idea - matzah balls stuffed with meat.  It takes the dish from an appetizer to a main course.

And then I tried to make them.

I knew they didn't look right as soon as I added the matzah meal.  It was supposed to look like "a soft mass" but there was absolutely no massing.  Just a lot of water with some matzah meal floating around.  I forged ahead.  Maybe it REALLY firms up in the refrigerator.

"No problem," I thought, pressing on, maybe the magic is in the boiling.  And I gamely tried to shape the mush around the filling.

Friends, the magic was not in the boiling.  I ended up with little meatballs floating in water with matzah meal just...everywhere.

But I had the basic idea, so I decided to toss the recipe and just do it myself.  And THAT is where the magic happened.  With one hand in the mixture, I added the ingredients in my own order - with the water last, adding just enough to create a dough that was slightly wet, but still held together.

With a dough already holding its shape, I didn't need to refrigerate it as long - just until my water boiled.  And then it was so easy to shape the balls around the filling.  They held their shape while they boiled, and turned a beautiful brown when roasted in the oven.

And how did they taste you ask?  Well let me just say my family is not going to be missing a main course brisket this year! 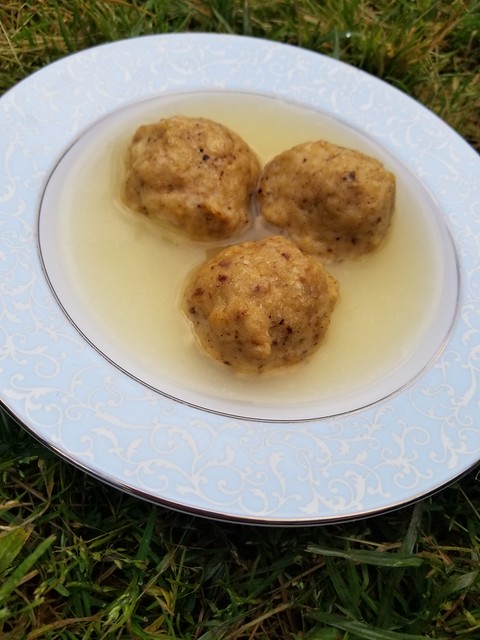