This year Thatbaby wanted his birthday party at the local children's museum.  They had several themes to choose from, which included activities at the museum.  Thatbaby picked the fossil dig - so a dinosaur party seemed to fit well with that.

His other request for the party was ice cream.  And inspired by one of his favorite books, I decided to incorporate that into the theme.

Guests were greeted upon arrival with a reminder of that theme - dinosaurs and ice cream cones dotted the entry way. 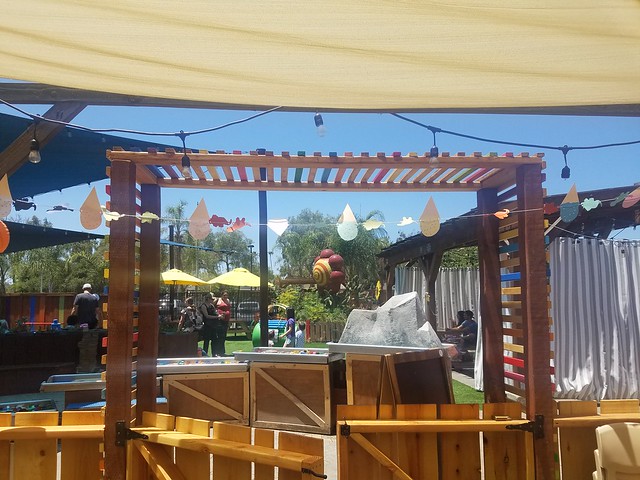 The outdoor space where the party was held didn't really have walls, so I made use of a lot of hanging decorations in the open spaces.  Lanterns and hanging ice cream cones were strung along the sides. 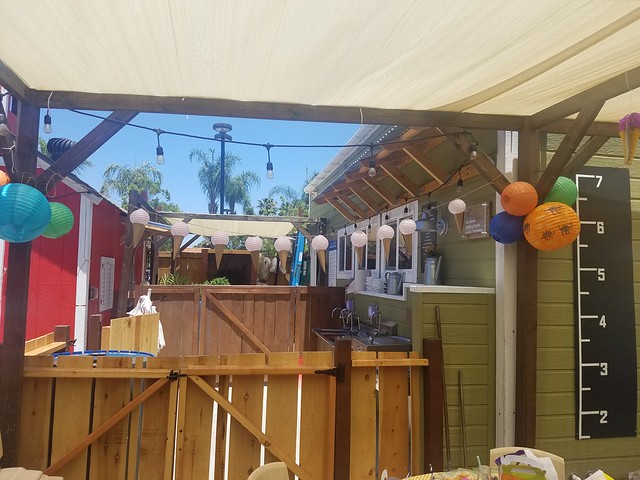 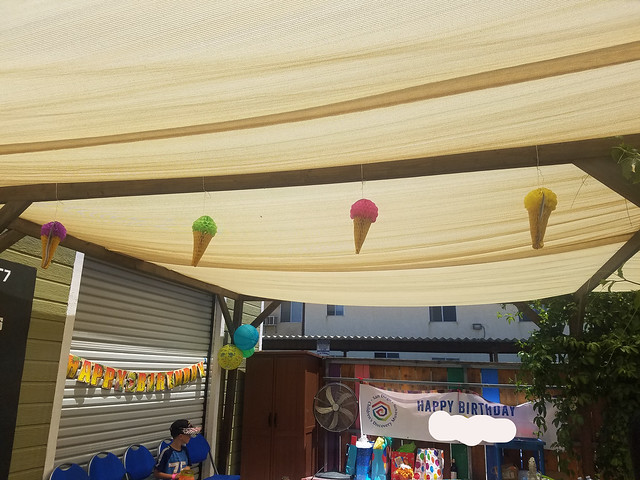 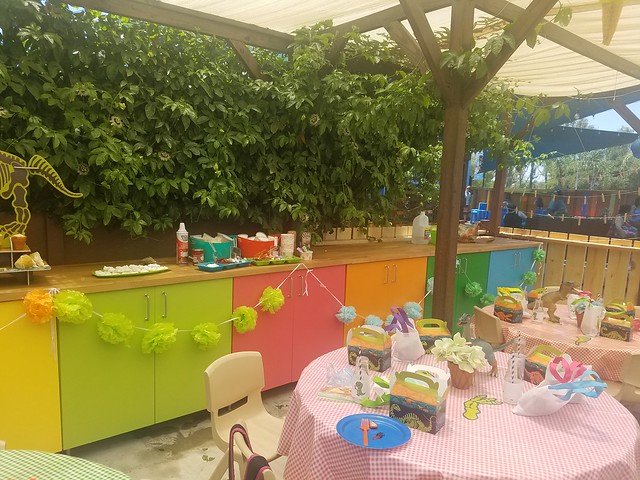 The tables featured dinosaurs enjoying their own ice cream sundaes. 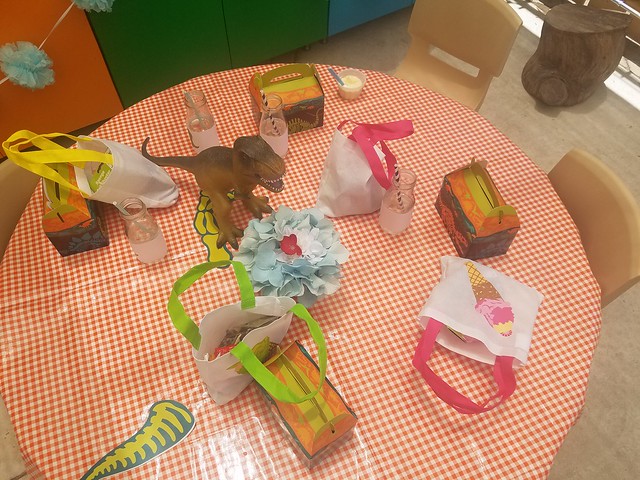 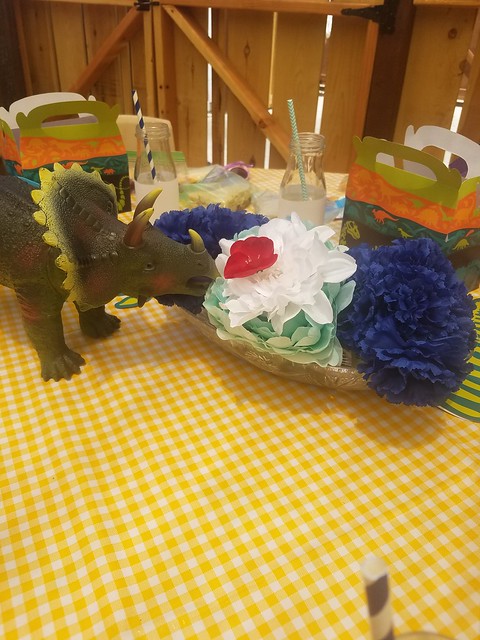 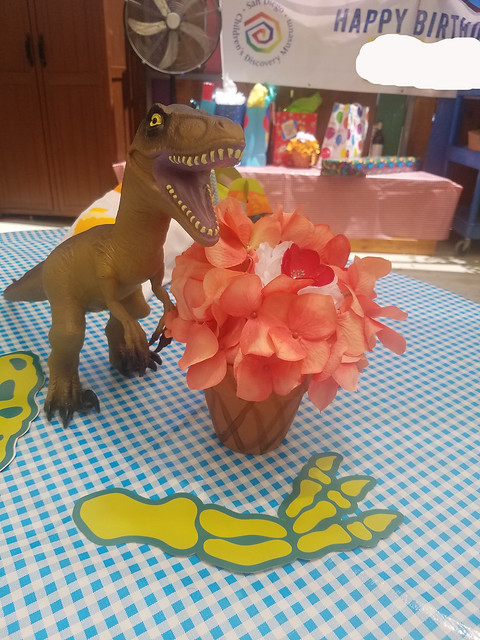 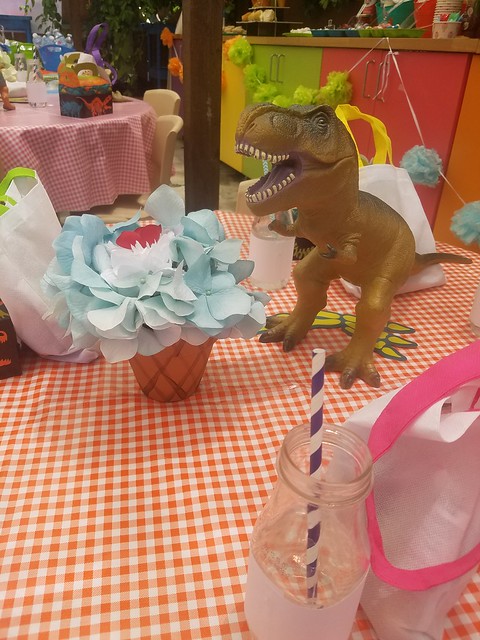 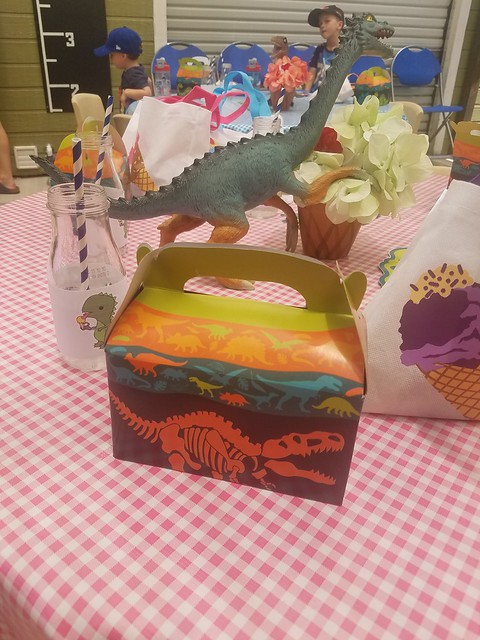 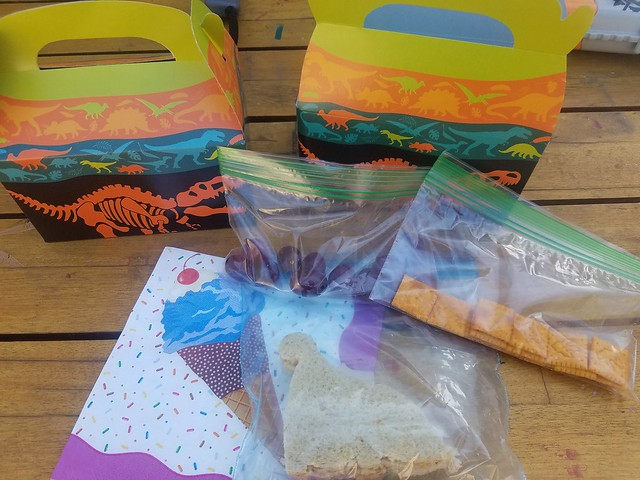 Of course there was food for the adults too. 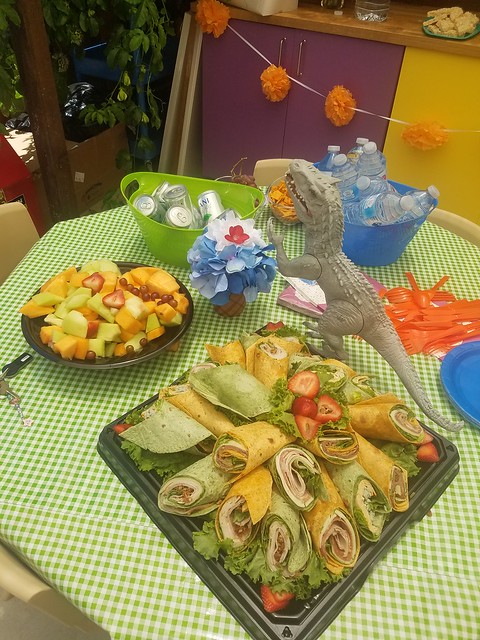 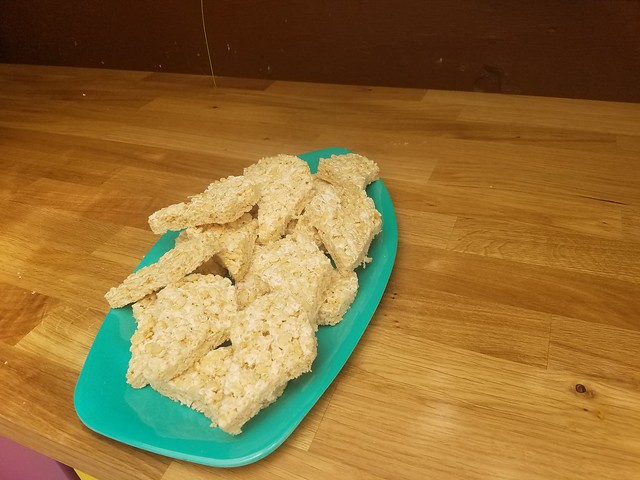 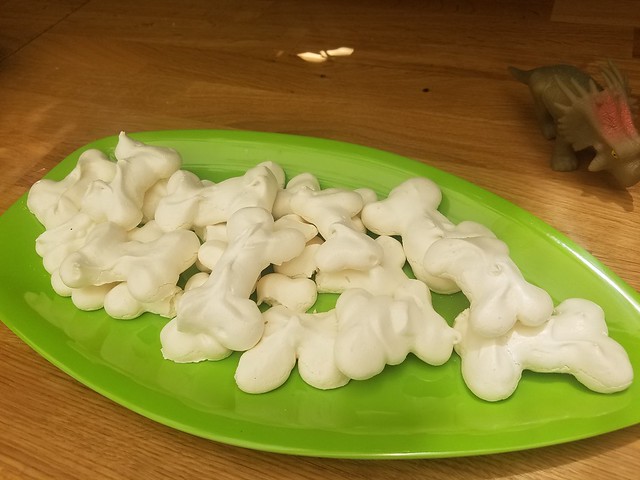 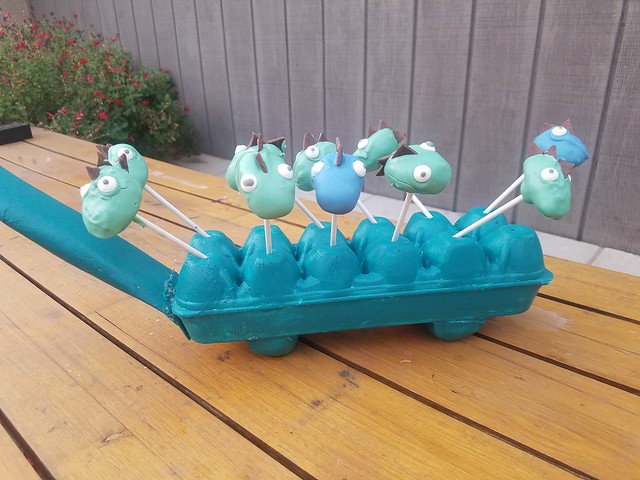 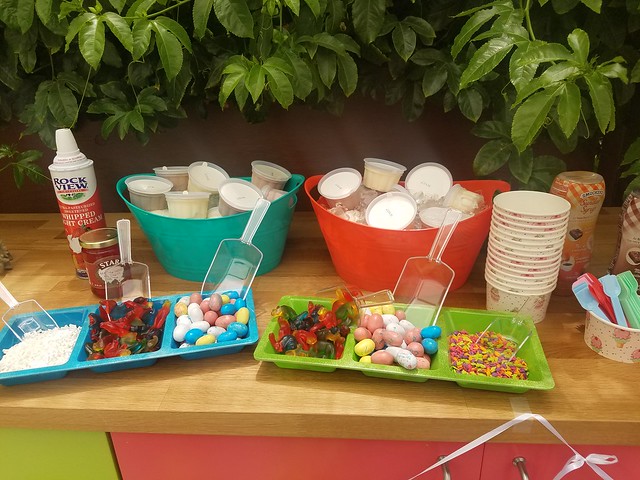 And the fossil dig was a lot of fun for the kids.  They started with the kids on the edges of a sand pit with trowels, digging for fossils. 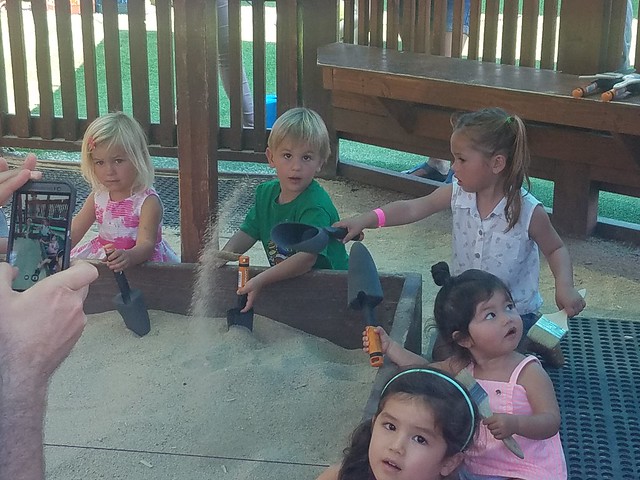 They found claws and dinosaur teeth. 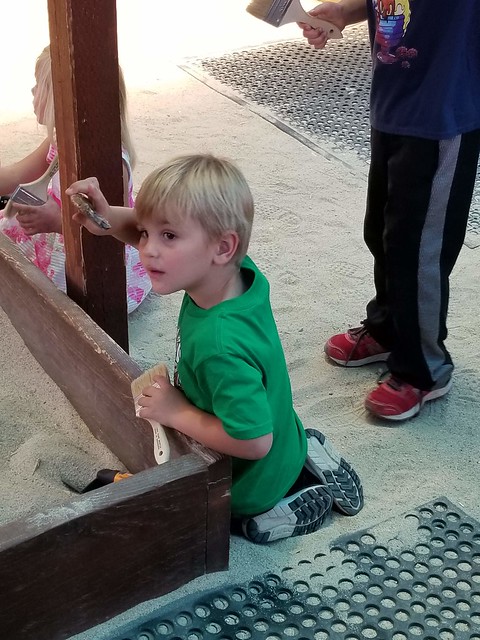 They then moved into the sand pit and began carefully brushing the much larger dinosaur fossil buried there. 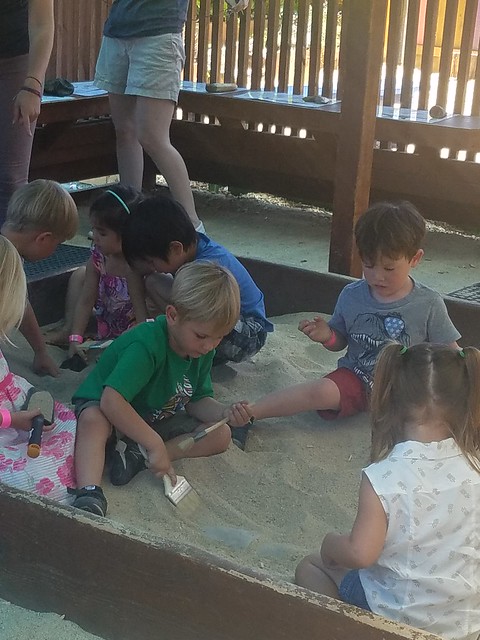 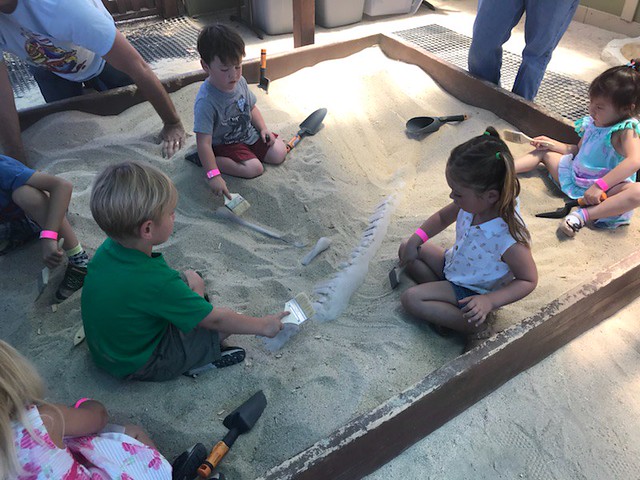 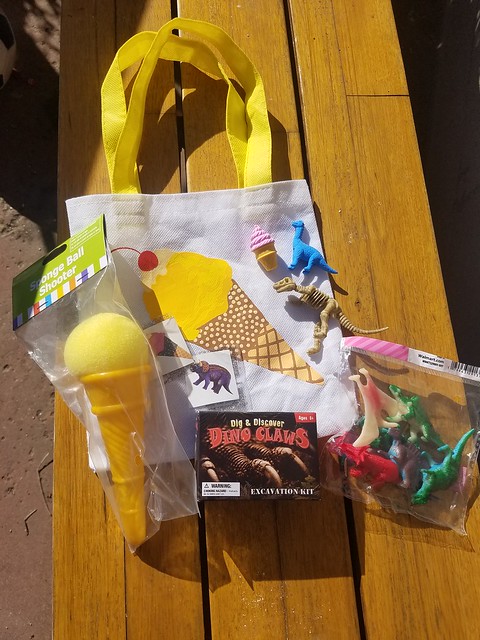 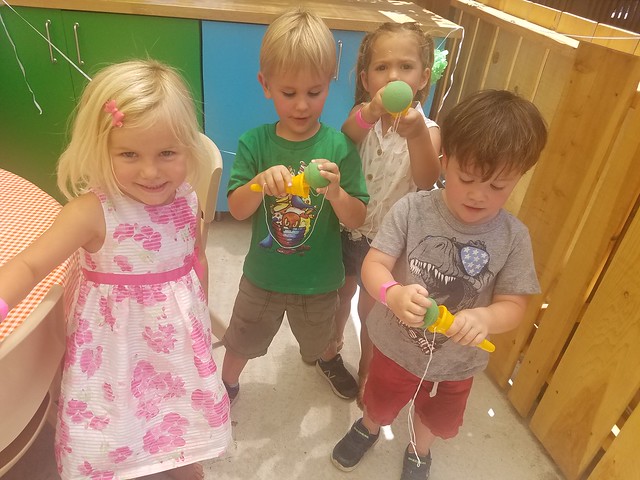 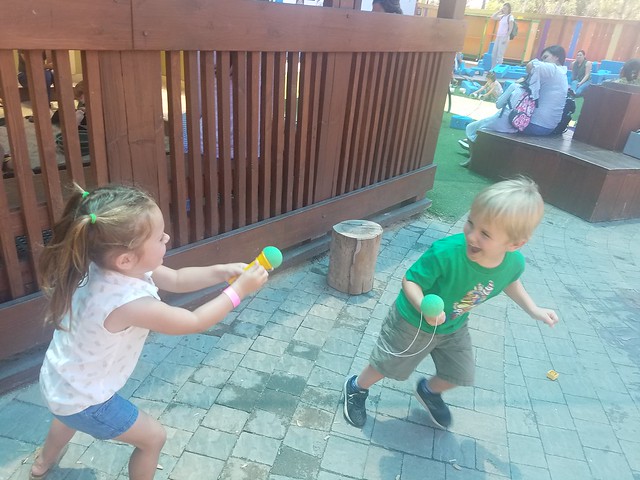 Because we had the party at the museum, the kids also had access to all the regular museum activities.  And most of the dinosaurs found their way to the water table for a little swim. 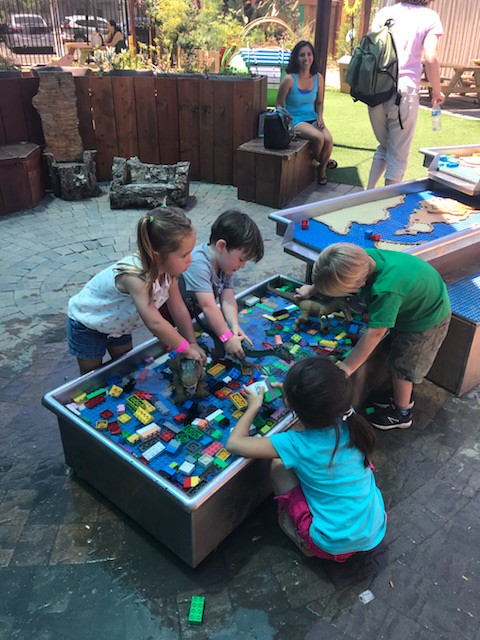 Thatbaby had such a great time with his friends, playing and eating ice cream.  Another party down! 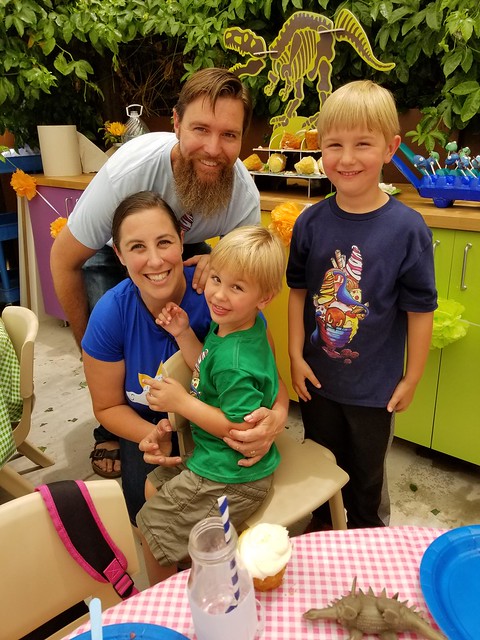