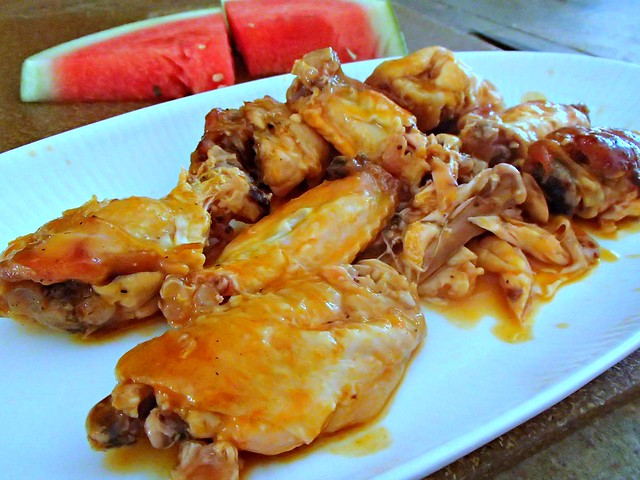 You guys know how much I love tradition.  Well, apparently Thatboy feels the same way, because we have gotten into a very routine Father's  Day.  Then again, it is filled with all of his favorite things so you can't really blame him for wanting to do it every year.

We start out at the Original Pancake House so Thatboy can have his 49er pancakes.  The little guys don't mind this at all. 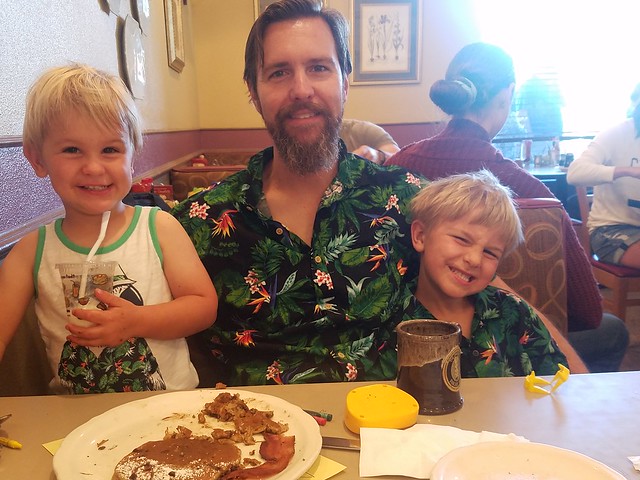 The shirts were Thatkid's idea.  We were at the mall when he saw it and wanted it.  Then he saw a matching adult one and decided we had to buy it so he and Thatboy could wear it on Father's Day.  We tried to find one in Thatbaby's size, but no go.  I did manage to find the next best thing for him though - a t-shirt with a parrot wearing the same shirt!

After Thatboy took the boys to play tennis, which is new this year, although a fairly common Sunday activity for the boys.  But really, they were killing some time before our main draw of the day - the waterpark!

This is the third year in a row we've headed to the Wave Waterpark for Father's Day.  We rent a cabana, so there's always a nice, shady place to sit, and then hit the water activities.  These year was especially warm, so it was especially appreciated. 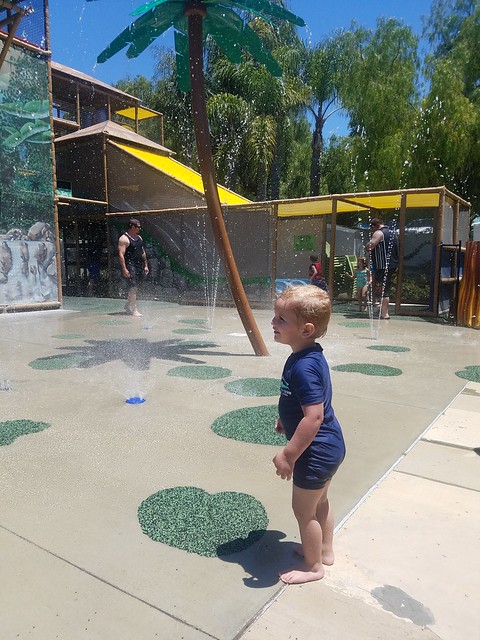 We spent more time in the pool this year than years past.  Guess those swim lessons are really doing their job. 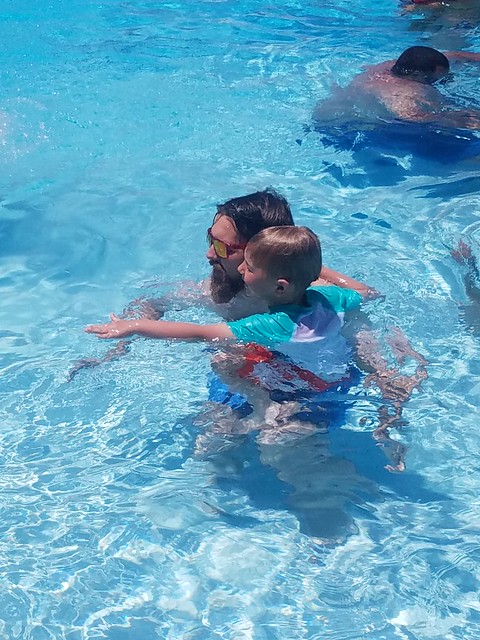 Although there definitely was some lazy river time.  Just not nearly as much as years past. 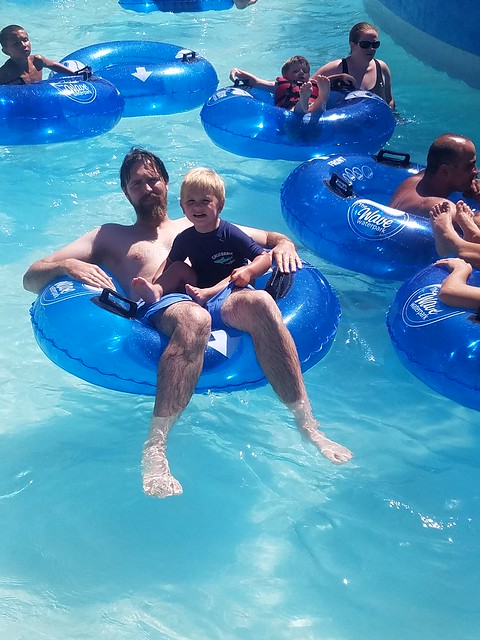 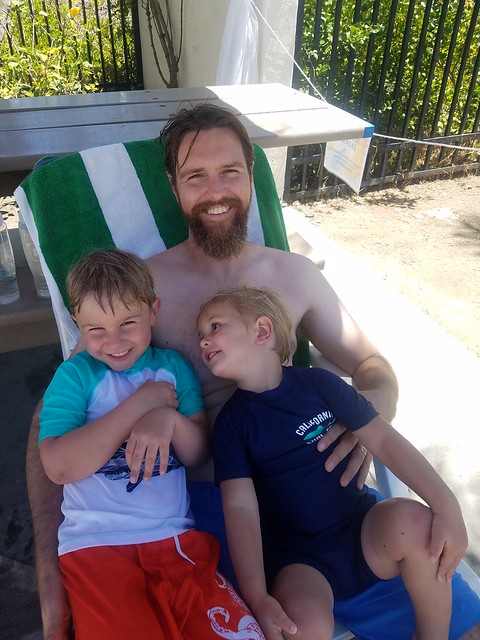 The waterpark is in Vista, which is home to a great many of San Diego's breweries.  We decided on Indian Joe's to round out our Father's Day. 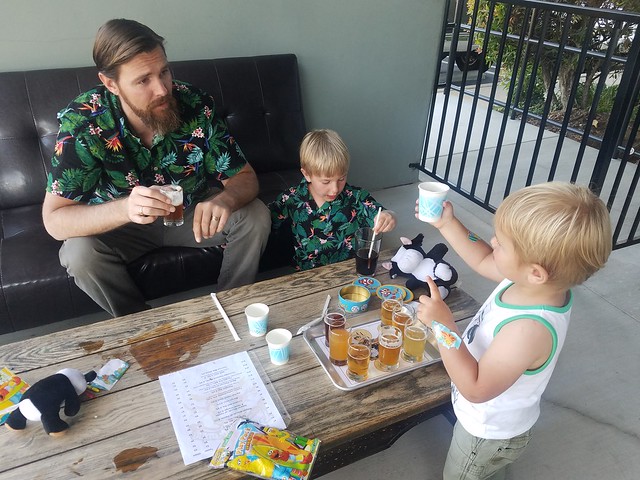 We grabbed a space outside, which gave the kids a little leg room while Thatboy and I shared a flight of beer. 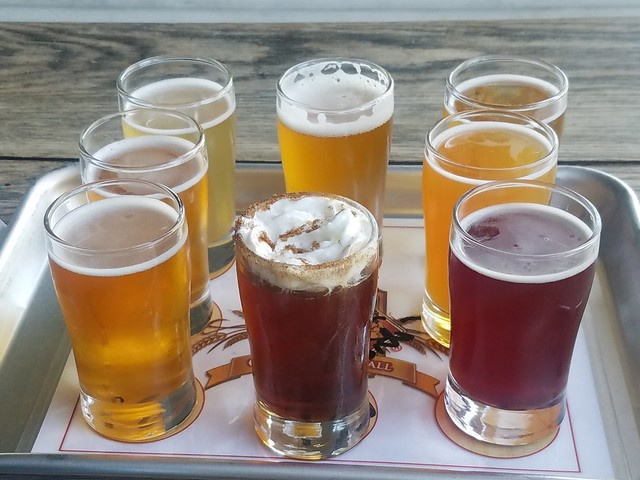 One of the reasons we chose this brewery is because they had food.  Which meant we could grab dinner there.  Sunday night Native Kiicha Frybread was there, serving up amazingly delicious frybread.  The kids had hot dogs wrapped in frybread while Thatboy and I had jalapeno frybread. 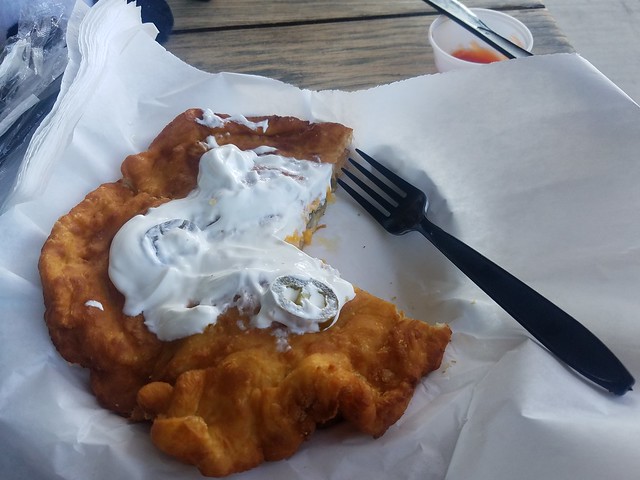 It was amazing, but a weekend of eating like that (Saturday we hit up the fair) left me feeling totally gross come Monday.  I love fried food, but when I actually indulge in it, I am reminded that fried food does not love me.  Right now the foods that sound good are fresh fruits and vegetables.  I'm living off of smoothies and salads.  And trying to convert traditionally fried foods into a non-fried variety.  Like these buffalo wings.  Buffalo wings are typically fried before tossing them in wing sauce.  These are skinned and baked instead.  And what gives them the special kick is the fact they aren't just tossed in wing sauce, they are slow cooked in them.  Allowing the sauce to penetrate into the meat itself instead of just on the fried skin. 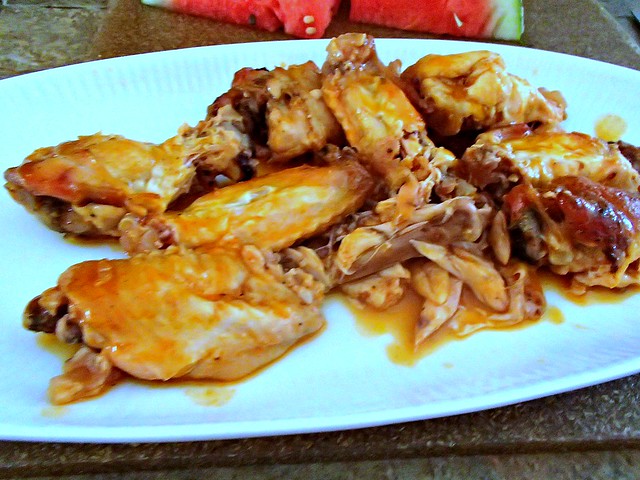