This was the first time I've run this race, and I've already developed a love-hate relationship with it.

As I usually do before a race I've never run, I looked online to see if there were any reviews about it, and found one that mentioned a killer hill.

Killer hills are not conducive to my desire to reach my sub-1 hour 10k.

I came up with a game plan.  Usually for a 10k, my goal is to keep my pace at under a 10 min. mile. As my friend Aud says, if you want to run faster, run. faster.   Knowing there was a big hill, I thought maybe I should change that a bit.  I worked out a plan which would have me start at 10:20/mile and drop 10 seconds every mile.  That would have be start out a little slower, but still finish in just under one hour.   And it would have me hitting the big hill, during mile 3, at a 10 minute pace, picking up speed after the hill was over.

The race takes place during Vista's annual Strawberry Festival.  The streets of downtown Vista are closed off to traffic, making it a big street fair with carnival rides, vendors, and art. 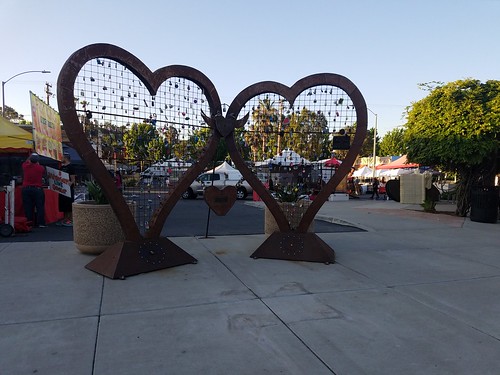 The race started off well, and I was almost on target for my first mile, finishing it in 10:11.  I adjusted slightly, but I felt like that was a really comfortable pace and would help me out a bit at hitting my goal.  The next mile felt similar and I started feeling good about the race.

This is where the hate part comes in.  This hill.   This one. 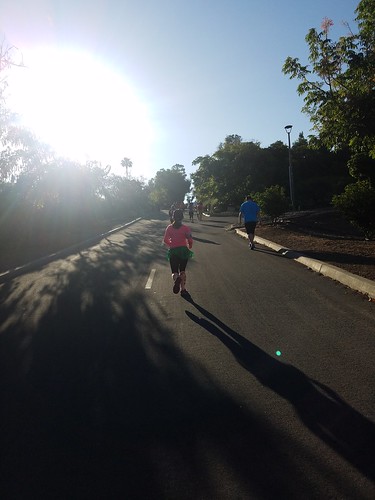 Which continues into this one. 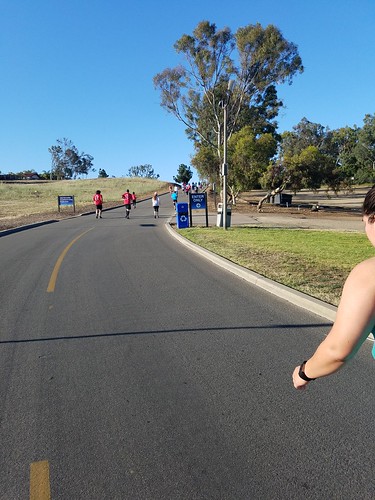 And all my good work?  Well it was for naught.  That third mile?  That was a 15 MINUTE MILE.    That hill was no joke.  Despite the fact that I now run hills daily, that hill did me in.

I ran slightly under 10 minute miles for the remaining 3 miles, but obviously did not make my sub-hour goal.

So should we talk about the love part of my love-hate relationship?  The last half of the race.  You guys, it was such a great second half.  I couldn't even be mad about that hill.  The second half of the race, you run downhill (nice, right?) and onto a trail, which is canopied by trees. 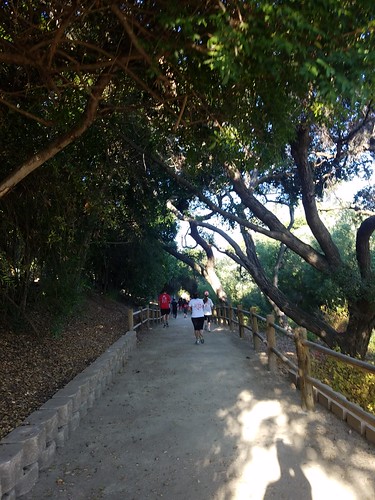 It's not like Avenue of the Giants, and this picture doesn't do it justice, but we ran through a tunnel of trees.  I loved it.  After the trail, we were back on the streets of Vista, and then running through the fair to the finish line.

The course was lovely enough to warrant a repeat, especially when I'm not looking to PR!

After the race, we walked around the street fair for a bit, before we split up.  The boys went to get airbrushed tattoos and I went for something...a little wetter. 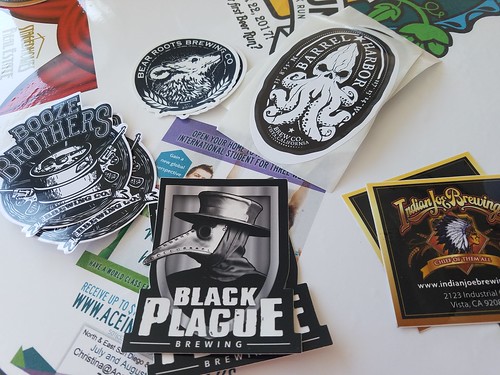 The beer garden at the Vista Strawberry Run is, hands down, the best beer garden I have ever been at.  Here in San Diego we have no shortage of craft breweries, but typically you see the same one or two at every race.  Which is fine.  Free beer is free beer.  Free craft beer is even better.  This beer garden had 12 different breweries!  Each with two or three beers to chose from. 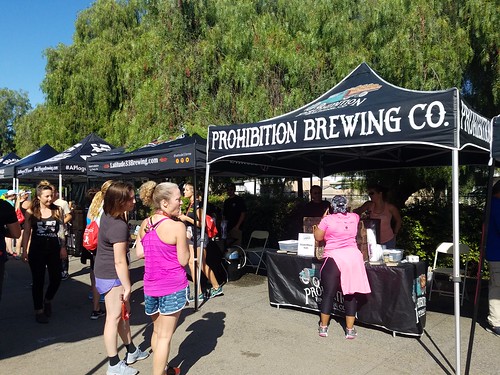 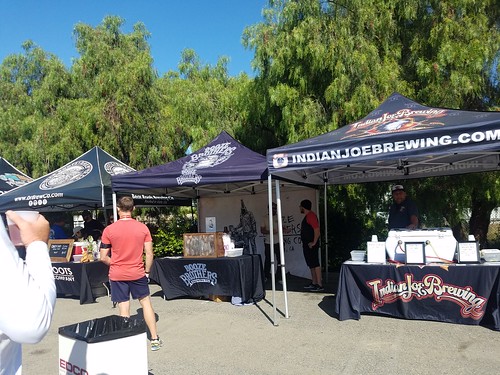 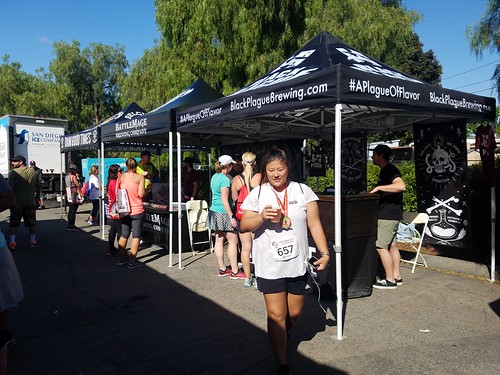 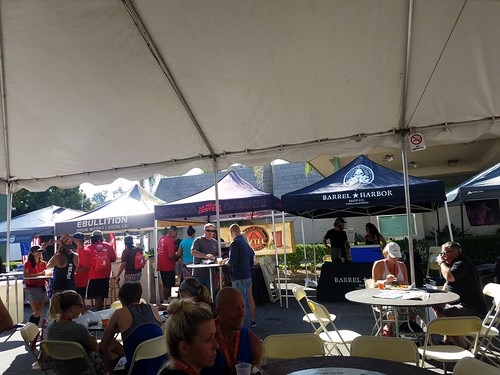 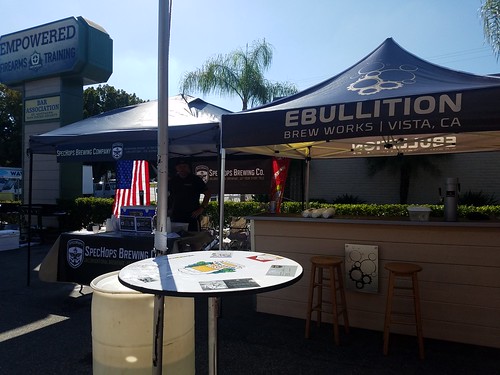 Wanting to stick with the theme of the festival, and not wanting a Strawberry IPA, I chose Indian Joe Brewing's "Berries & Burbs" which is a berry ale brewed in a bourbon barrel. 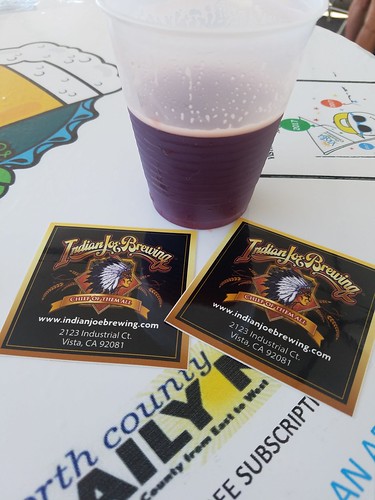 After I finished my beer, I headed back to meet up with the boys.  It was time for the kids' races.  I had signed Thatkid up for the 400m race for kids 5 and under.  We watched the 800m and 600m, and then it was time for his race. 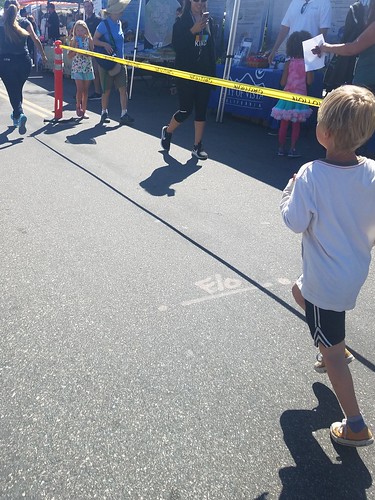 I really had to pick up speed to keep up with him. 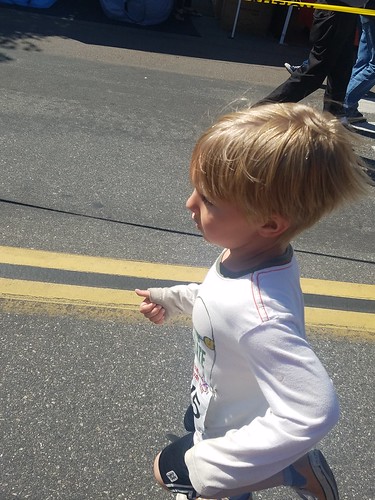 The race ran down one street, turned and ran up the next to the finish line.  He slowed down a bit on that second street, and I was able to catch up to him. 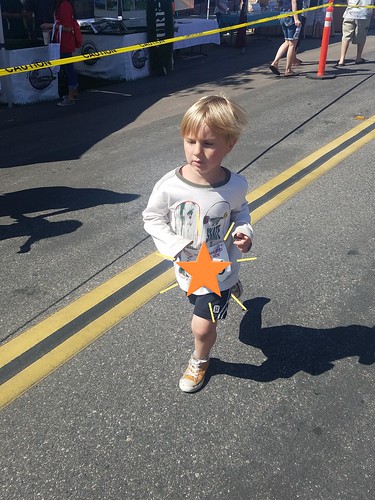 I did manage to catch up with him right after and we showed off our strawberry medals. 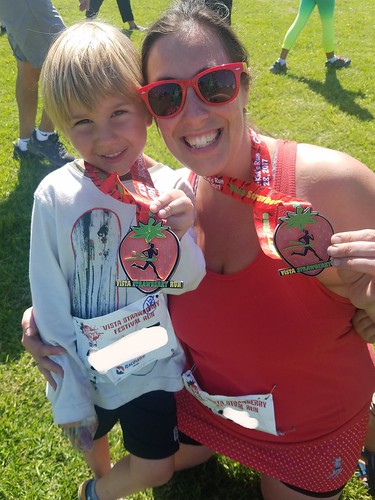 Earlier we had watched kids frolicking in the Dr. Bronner's Magic Foam experience and I told Thatkid he should wait until after his race, so he didn't slip while running so fast.  After his race, he made a beeline over to the area, which was pretty sparse.  Not to worry, they made an announcement they'd be redoing it in 5 minutes if we wanted to wait.  And we wanted to wait.

The Magic Foam experience involves a firetruck, soap, a hose, and lots and lots of foam. 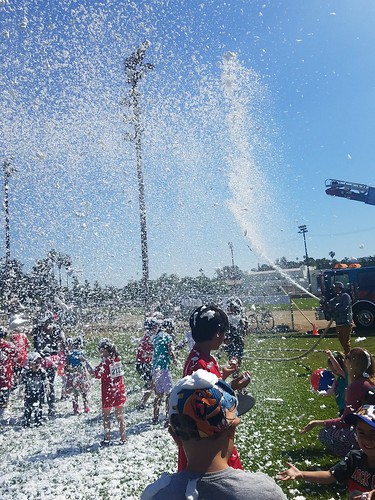 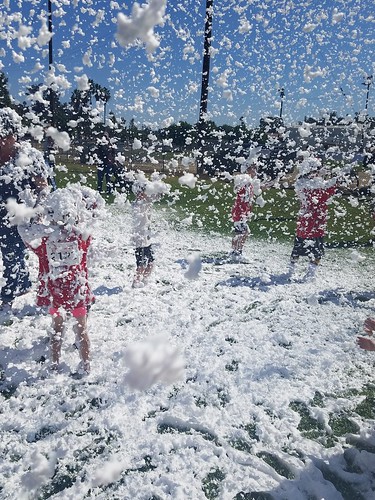 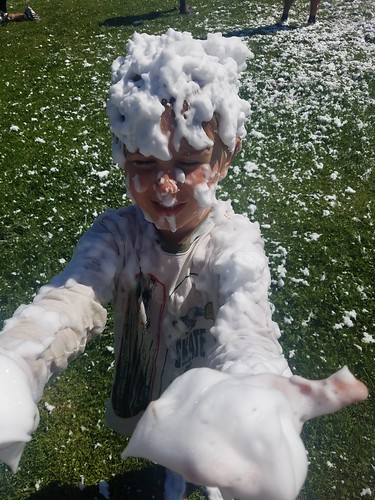 Thatbaby (oh, did I mention he was with us?  I know he hasn't made much of an appearance thus far) was not nearly as enthused.    We stood under the foam as it rained down on us and he cried every time it got on him. 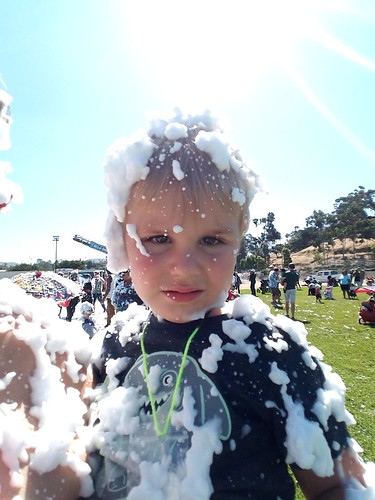 He was only happy once we got out of the foam, sat down in the grass, and wiped the foam off him.  We watched Thatkid play for a bit longer, before drying him off and heading into the festival to grab lunch.

So the Vista Strawberry Run?  I would have to say it's a pretty great race, with a pretty awful hill!
Posted by That Girl at 1:00 AM