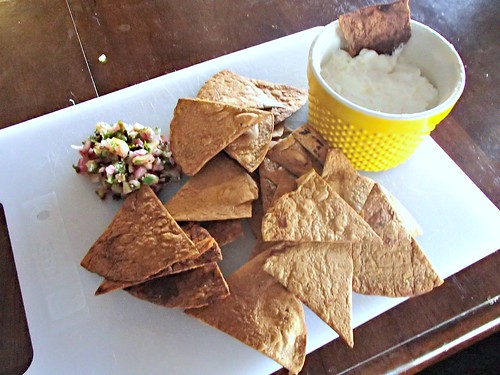 The San Diego County Fair is only open for a month.  And we've already been twice.  That's how you know summer has officially hit. 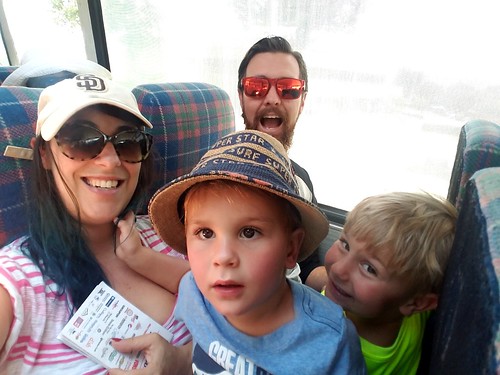 If Thatboy had his druthers, we'd be there when the fair opened, and stayed until it closed.  But sometimes he forgets that having kids means we don't always get to do what we want.  So both times we headed over after lunch, letting the kids nap in the car before heading into the fair. 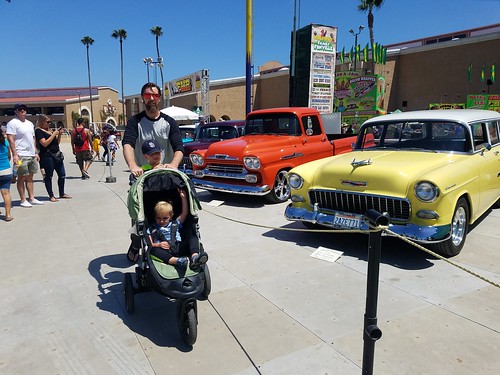 Our first stop is always the rides and games.  Thatbaby found this statue and decided it was his new best friend.  Even better when he saw the dog, and asked me to take his picture with it. 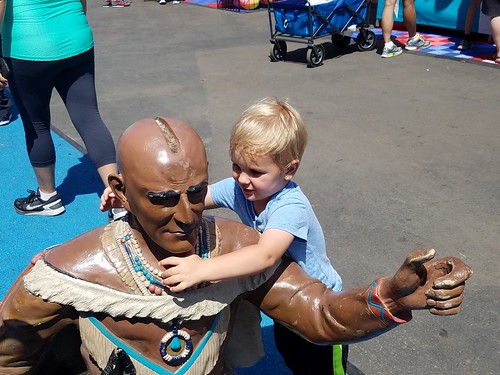 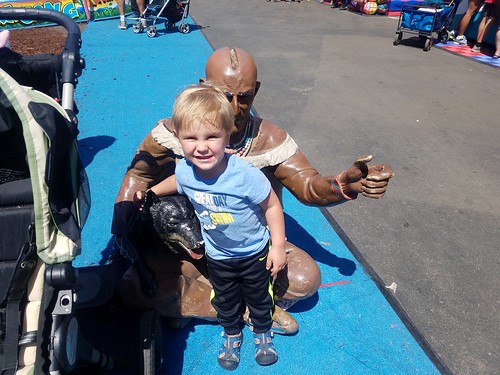 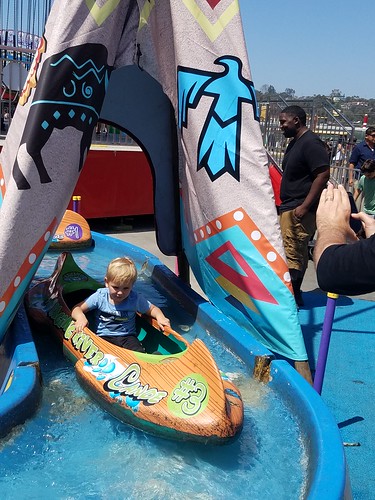 Of course the kids didn't want to ride any of the same rides.  So we ended up splitting up with them. 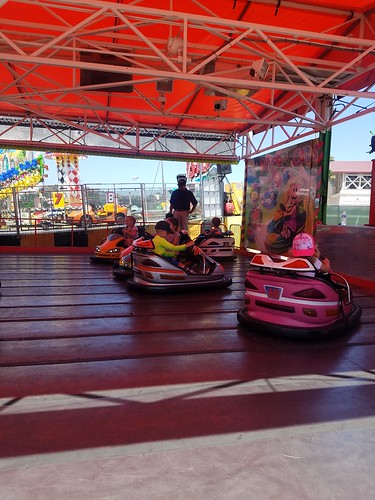 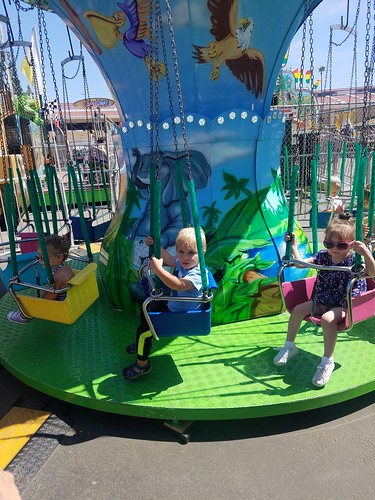 The theme of the fair is "Where the West was Fun" so there was a lot of cowboy theme going on.  They turned a whole section into "Frontier Town" and of course we had to check it out. 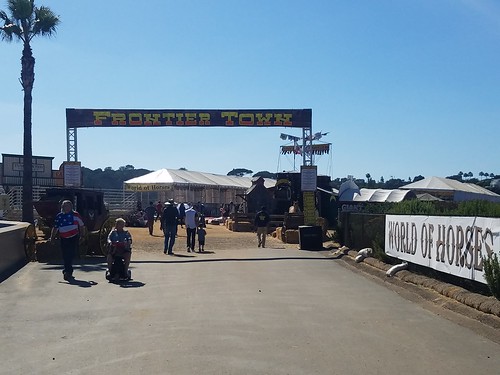 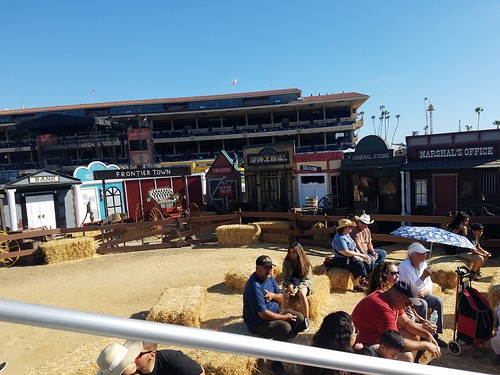 Mostly because that's where "World of Horses" was located.  And the boys love this section of the fair. 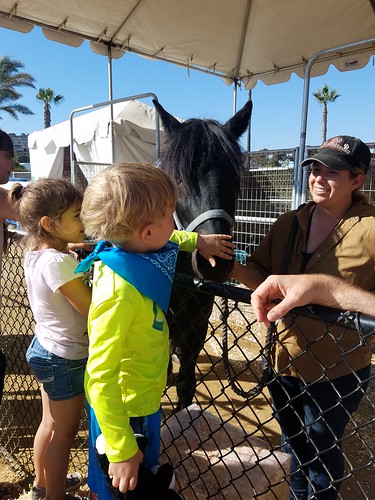 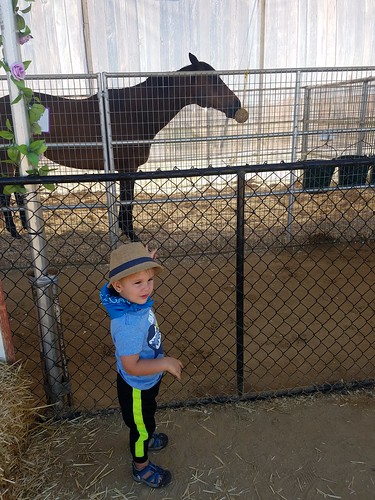 We also noticed on our way out that a Wild West Gun Fight show was about to start.  So we sat down to watch.  They did a great disclaimer ahead of time talking about how the first rule is to never ever ever touch a gun.  And if you see one, find an adult, don't touch it. 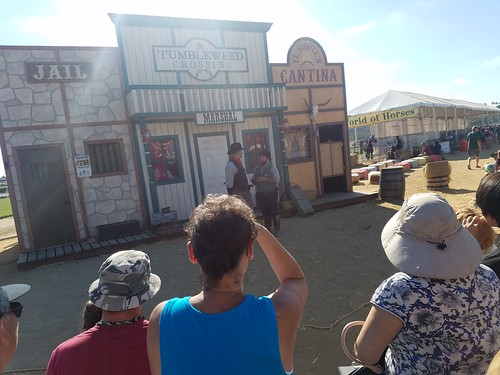 After the show, the cast stuck around and signed posters for all the kids. 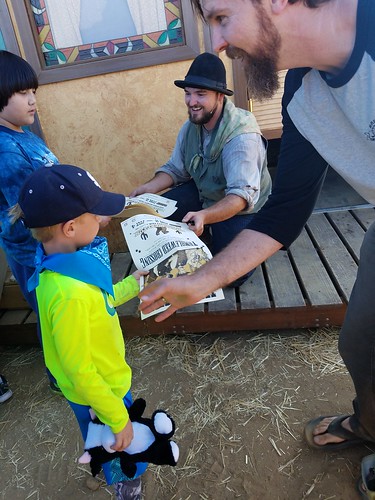 Thatbaby actually did NOT like the gun show.  The shots scared him. We ended up making a quick exit and exploring the rest of Frontier Town while Thatkid stayed and watched with Thatboy. 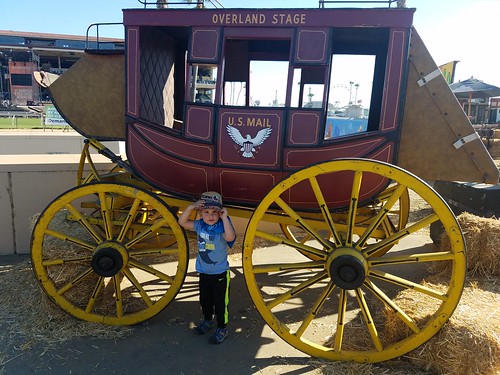 We also spent a lot of time with farm animals and farm equipment. 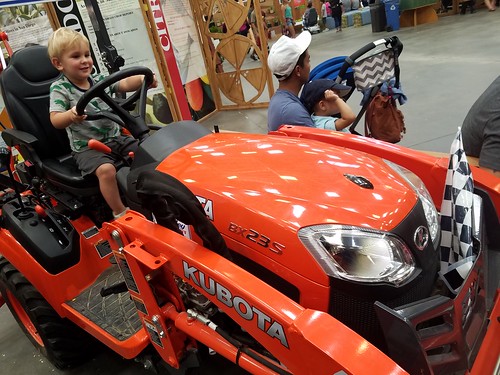 And of course, there's the fair food.  This year I went with the buffalo chicken ravioli. 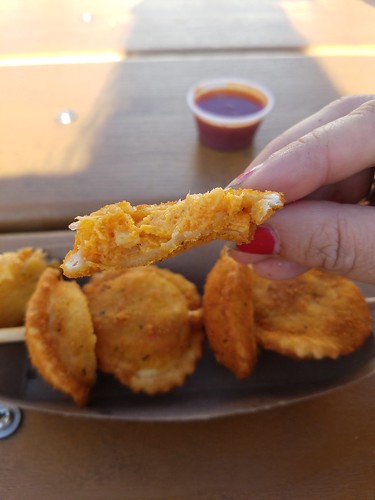 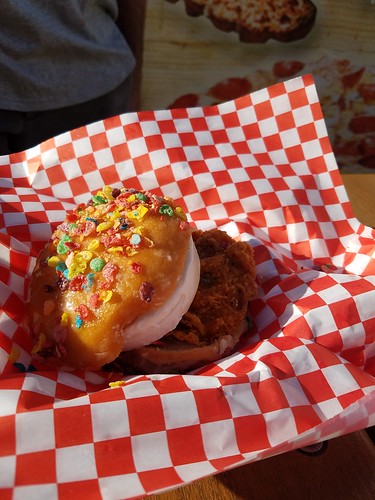 And the kids had their very first churros. 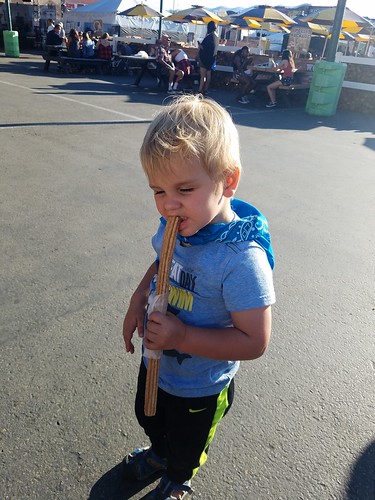 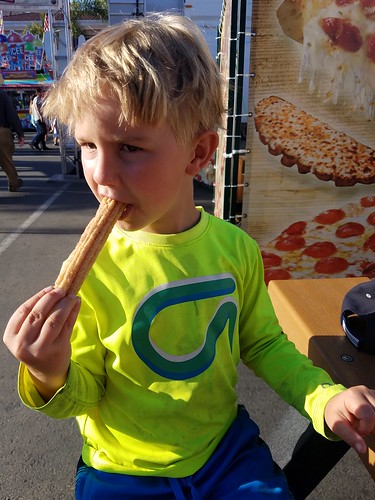 There was also my fair-must have: funnel cake.  And Thatkid's special request - a Texas doughnut, the size of his head.  These ended up coming home with us in almost their entirety. 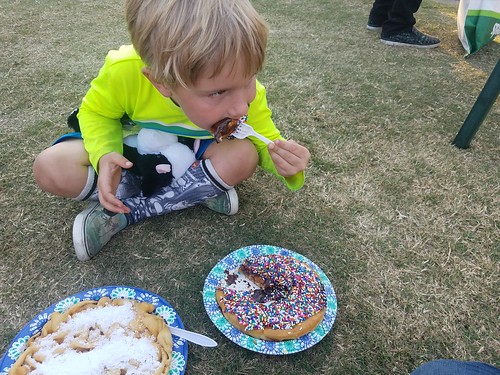 Thatbaby went with his own fair classic: Cotton Candy. 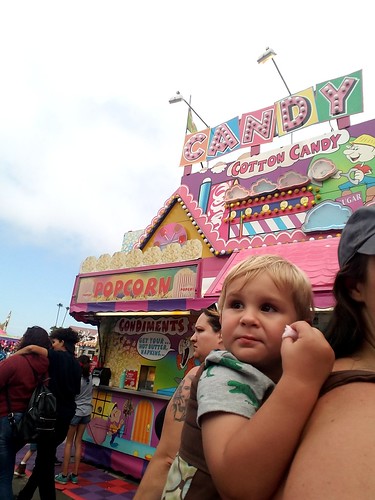 And we got another family photo to add to our collection.  As the kids get bigger it's getting harder and harder to fit all of us in! 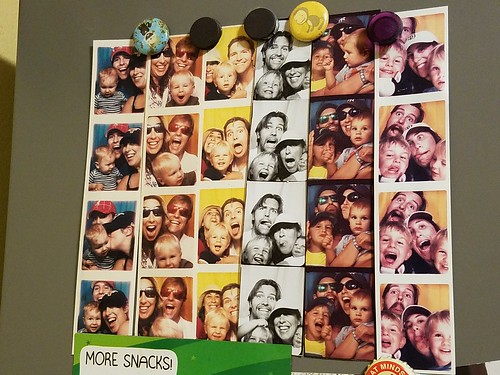 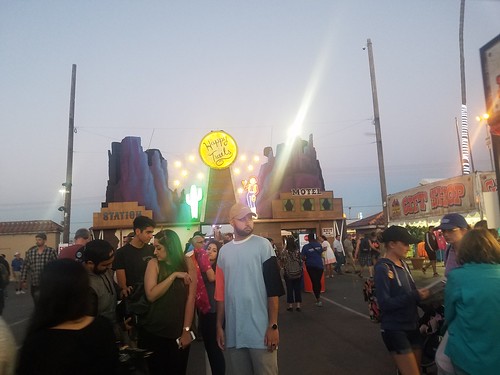 The fair closes on the 4th of July, I think the boys are planning one more trip this weekend, while I'm out of town.  As for me, I'm done for the year.  I'm already looking forward to the next big thing - my girls' weekend!  And I get back just in time for the Fourth.  Do you guys have big plans yet?  We don't.  Things always come together last minute for us, but it usually involves our backyard, people coming over, and then watching the fireworks.

It seems like everyone is trying to figure out what they're eating or bringing to a Fourth of July bbq, so let me throw my hat into the ring.  These chips pack a quiet, unassuming heat that sneaks up on you, which is tempered by the goat cheese.  The cilantro salsa is going to be your new summer favorite.  I promise.  Fresh and easy, with a definite kick. 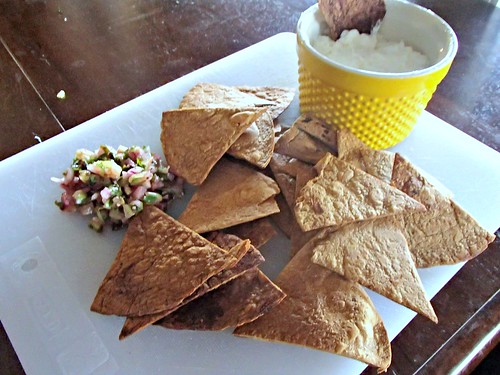