I think this is the fourth year I've done this race, the third time Thatkid has done it.  This year was supposed to be the second year we did it as an entire family, but Thatbaby didn't sleep at all the night before the race, due to illness and fever.  He wasn't running a fever the morning of the race, but he was definitely still not feeling good.  So Thatkid and I left the other half of the family at home and headed down to Mission Bay.

We got there a little later than we usually do, so there was less time to kill.  Which was fine by me.  We met up with our group, the intrepid Serena's Crusaders.  All of us are dedicated to Serena, the leader of our team, who fights to daily fight against Epilepsy, and the reason we do this race which raises money and awareness for Epilepsy.

And pretty soon after we were all heading to the start line.  Thatkid and I did our mandatory "Running face" while we waited to begin.  I love this kid. 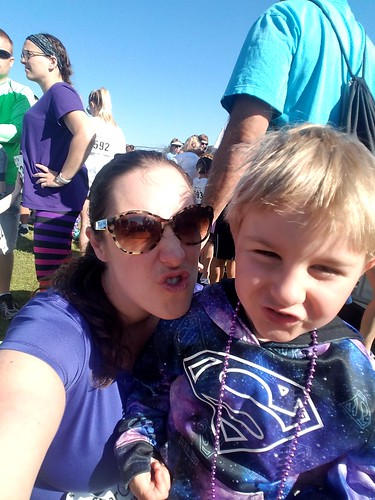 I love this kid, but I don't always love running with him.  This race is always tough on him.  I think it's because it starts so late that it gets warm.  Or maybe because he just doesn't sleep well the night before.  Or maybe he's 5.  Whatever the reason, he always spends the whole 3 miles whining and complaining and asking to be carried.  He ran in 3 second spurts about once a mile. 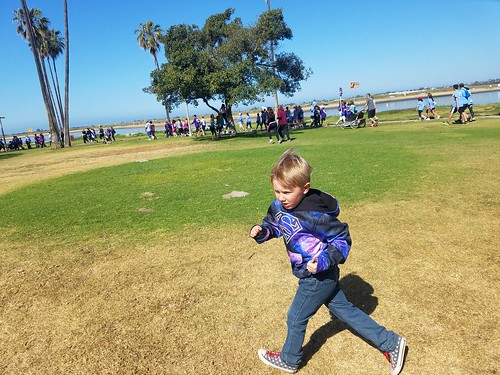 And he kept asking if he could just fall down.  When I inquired further he admitted that once he fell down, he had no intention of getting back up.  So I made him wait until after we crossed the finish line. 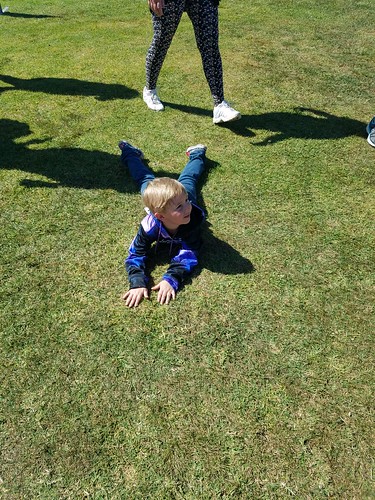 But after we crossed the finish line, we experienced a miracle!  His legs, which he claimed were going to fall off from pain during the race, were pain free!  He had all sorts of energy to partake in the post-race activities, the thing that keeps him coming back year after year.

This year, in addition to all the other great kid-friendly activities, there was cotton candy! 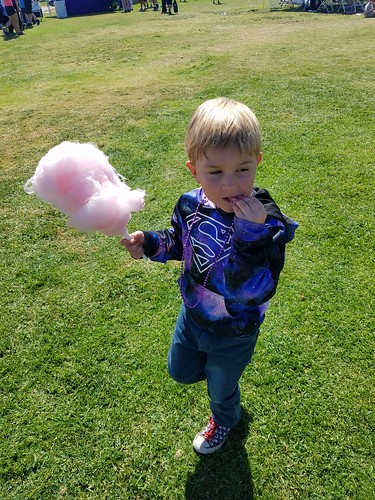 And once he finished his sweet treat, he made a bee-line for the giant inflatable slide.  Which he rode over and over again. 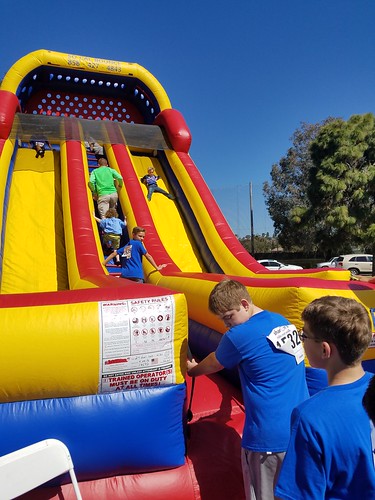 And then we moseyed over to the facepainting booth.  There was a craft station next door, so he colored before and made a bracelet after. 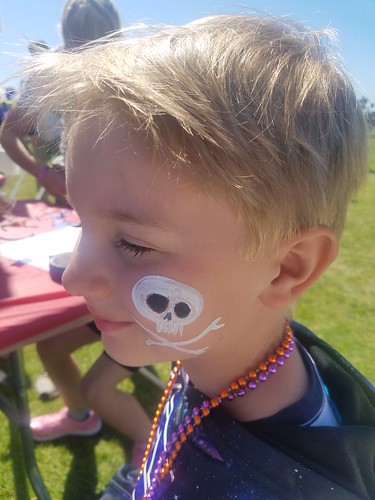 I'm hoping next year is more successful in getting this kid through the race course, of course then I'm sure I'll be dealing with Thatbaby and his own race issues.  But at least Thatboy will be there to help!
Posted by That Girl at 1:00 AM