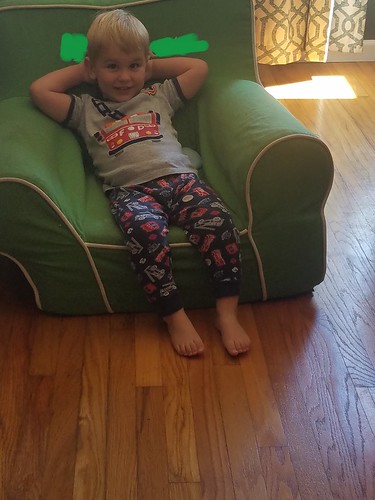 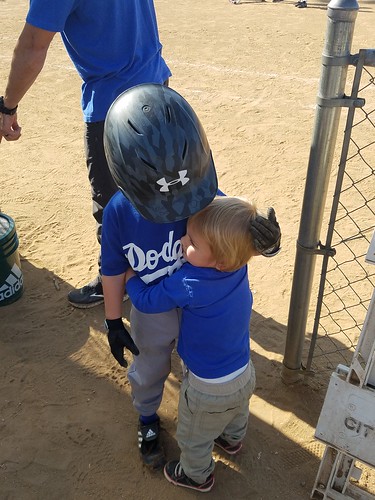 Sleep: Ridiculously terrible when he was sick.  Which we weren't really surprised about.  It's gotten amazingly better since he's been feeling better.  Usually once a night, often before we go to bed.  Which means in the past month I've gotten two full nights of sleep with no wakeups!  I'm hoping this is the beginning of the end.  And in typing that I also know I've jinxed myself.

Eating: He's still nursing, as I wrote about earlier, although I'm happy to announce that once he was feeling better, he dropped those extra sessions he'd added in while sick.  He eats like a bottomless pit at breakfast, either two waffles or two bowls of oatmeal.  He runs in the house after school asking for "nack nack nack" which usually consists of a cheese stick, or some raisins, or grapes, or oranges.  But dinner?  He's entirely uninterested.

Best Moment:  I love these boys together, and I've had so many fabulous moments between the two of them.  Like the above picture occurred after Thatkid finished running home.  Thatbaby went running up to hug his brother.  Or when Thatbaby was sitting on the couch and Thatkid went up to him and said "ohhh you're so cute" to which Thatbaby responded "oooo  ew so coo" right back, as he hugged his brother around the neck. 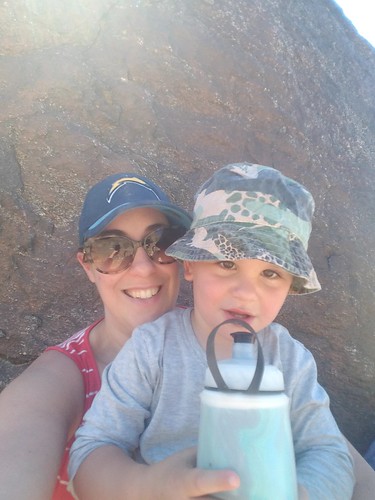 Monthly Wisdom:  We're really working on communication this month.  And it's been more frustrating than I recall with Thatkid.  Thatbaby just doesn't have the vocabulary that his brother did and we spend a lot of time trying to figure out what he's saying as he attempts to communicate.  But it's really important to make that effort and listen.  It's easy to tune them out when they're not making "sense" but that's enormously frustrating for them.  So we put in the work to try and help him find the words, or at least what he's trying to impart on us.


Goals for the Upcoming Month:
- Passover.  I feel like it's so much harder for kids who don't quite get why they can't have what their friends are having.
- A plane trip!  We haven't done one of these since before he started walking.  And even though it's a short one, I'm not looking forward to keeping him still and occupied!

Things Thatbaby is doing:
-  At bedtime he nurses, then looks up at me and says "walk" for me to walk around the room with him.  Then he holds my face and asks for the "Horsey song" which is "All the Pretty Little Horses."
- He asks for hugs, and when you hug him, he says "Oooooohhhh baby.  Oooooohhhh baby."
- He stopped sleeping in a sleep sack and sleeps with a blanket!!!! And he loves his blanket.  He also loves to be covered with it in his chair or on the couch.
- He loves to do everything himself "No!  My do it."
- He looks for people/things:  "Mama where aaarrrrreee you?" "Where Thatkid go?"
- He loves playing tricks, like pretending to give me a bite to eat, and then taking it away.
- He climbs in and out of his crib before bed.
- He is a little echo.  He repeats everything everyone says.  Especially Thatkid.  It's the cutest during bedtime stories.
- Probably because we spend so much time at baseball practices in games, but he is very into baseball.  He always is pulling out the bat or glove to play with.  He carries around a baseball all the time. 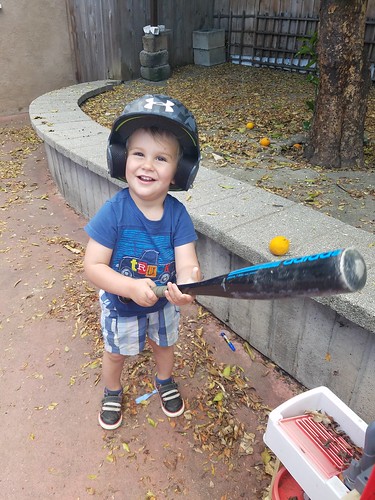