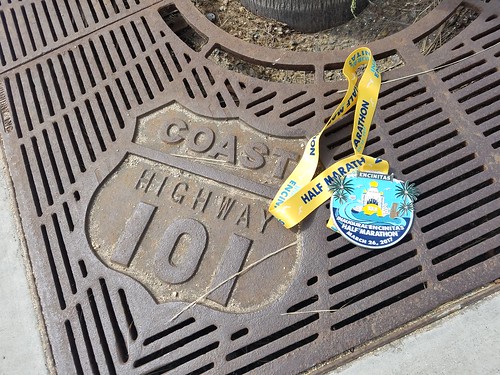 Last summer when the first advertisements for The Inaugural Encinitas Half Marathon came out, I was really interested.  I love the course, and it was only $65!  For a Half Marathon!  But I waffled and wavered for months.  And the price kept going up and up.   I still toyed with the idea of running it, even building in some training into my schedule for after the Star Wars half marathon. But then I just didn't actual do the training.  Baseball season started and I pretty much stuck with a simple 6 miles in the morning before games.

2 weeks ago, I had the opportunity to purchase entry to the race for the original $65, and I decided to go for it.  Even though I hadn't trained.  At all.  I just loved the idea of the race.  The course, the perks, the fact that everyone I knew was running it.  . .

The night before the race Sdmom texted me to see if I was racing the race, or just running it.  It was a hard question to answer, because I really hadn't trained, but I didn't want to be out on the course forever.  We decided to start out together, and then if I wanted to pull ahead, I could.

I got to the race as early as possible  only to find out it wasn't early enough.  All the streets were closed, making parking a scarce commodity.  Eventually I made it over to the start line and met up with my friends. 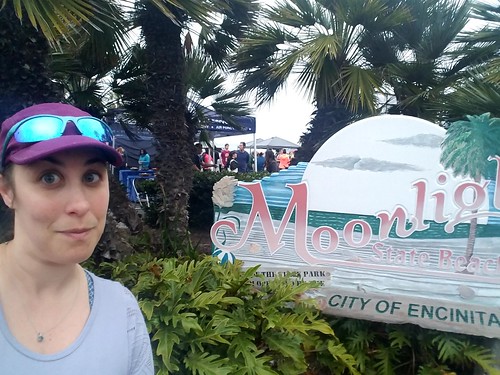 The course was everything I hoped it would be. Which was nice, because the course was fairly challenging.  So it was nice to have something nice to look at while we ran hill after hill. 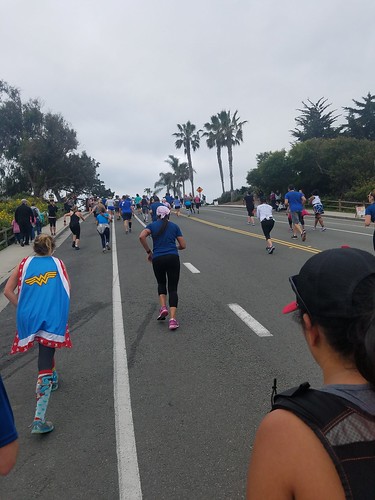 The race starts at Moonlight Beach, and the first thing you do is run down a massive hill.  You then run along the 101 through Leucadia for the first two miles, turn around and run back...and back up that hill.

The next few miles take you through some neighborhoods of Encinitas, and down another hill back to the Pacific Coast Highway.  This is my old running grounds and it felt good to be back there.  We ran up to Solana Beach where the Pirates were waiting to cheer me on.  We turned around and headed back the way we came.

Running down the hill into Cardiff, the ocean view opened up, as it always does. 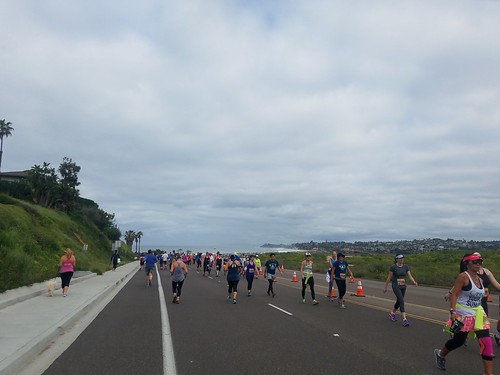 The parking lot at Seaside had been transformed into a energy stop - Cliff had a station there handing out gels, and another vendor had popcorn. 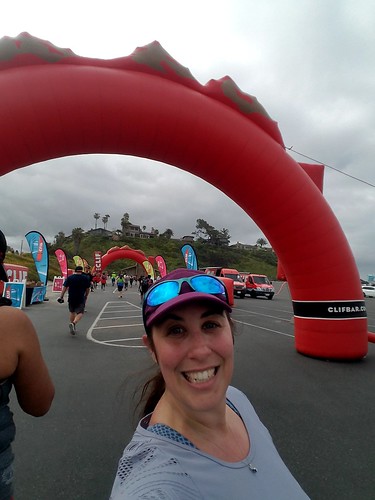 I passed on the popcorn, because I knew we were only about a mile away from the station I had been looking forward to, the smoothie station at mile 10. 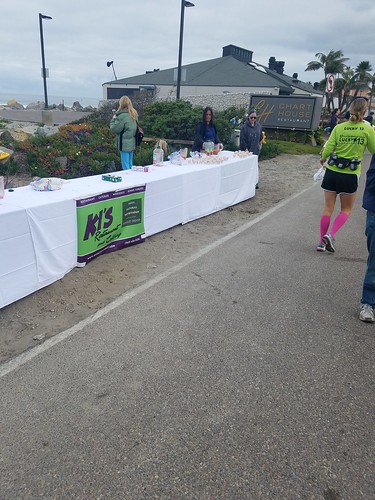 We headed back into Cardiff, up the hill to the Cardiff Kook.  There was a group of little cheerleaders there with some pretty awesome signs. 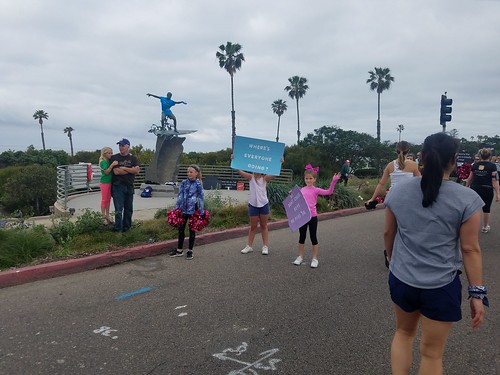 When we hit the Self Realization Fellowship we knew there wasn't much left of the race.  I had kept pace with Sdmom for the race up to this point.  I love her company, an really, it wasn't a bad idea to run a bit slower with my lack of training.  I told Sdmom that I would stick with her to the top of the next hill, and then I would run ahead to the finish line. 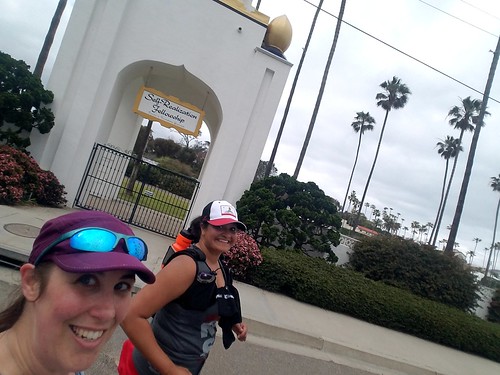 I picked up speed as I passed the boat houses, having some good reserves from taking it easy for the majority of the race. 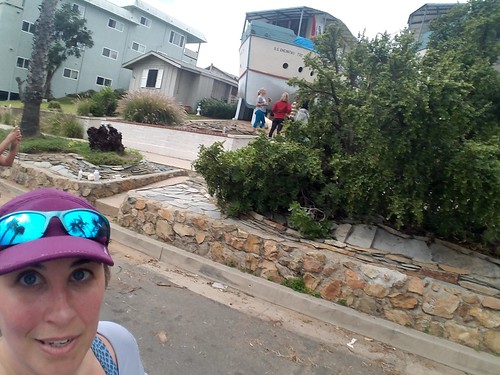 I waited for Sdmom to cross the finish line, and then we went and got those race perks I had been looking froward to.  Oatmeal and a mug, (SDmom filled hers with coffee, and I filled mine with hot chocolate.) 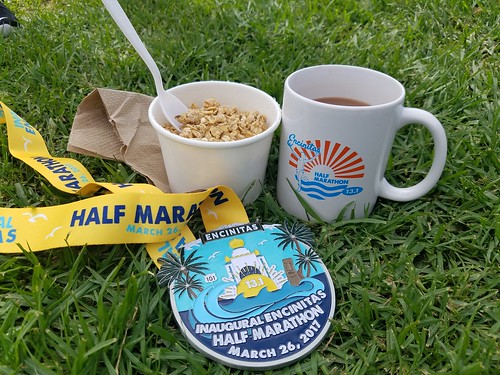 One quick picture with my running partner, showing off our medals and then we split up to head to our respective cars. 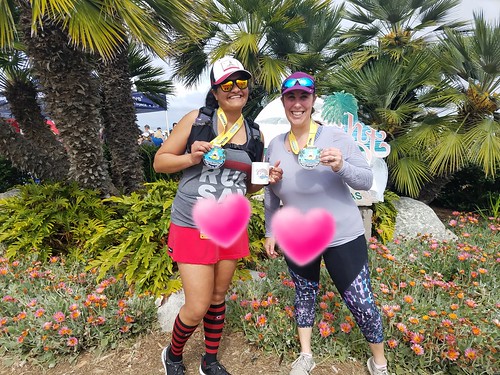 Overall I was really pleased with the race.  Inaugural races can be. . . tricky,.  There are usually lots of bugs to be worked out.   But this one went pretty smoothly.  With the exception of the parking situation, the race really accommodated everyone. The course was beautiful, even if it was challenging.  And I loved getting breakfast after!  And next year, I may even train for it and run it like a real race!