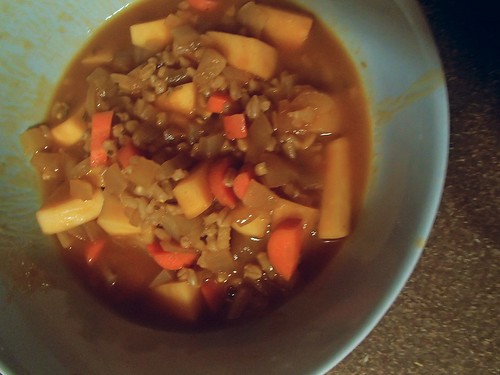 There's something to be said for tradition.  I'm a big fan of routine, I like knowing what to expect.  Plus, when you do the same thing year after year, you have something to look forward to!  Like Little LO's birthday party.  This is the second year in a row it's been at their local splashpad, which Thatkid adores.  And was excited about from the minute he was invited.

It only took moments after we got there for Thatkid to be soaking wet. 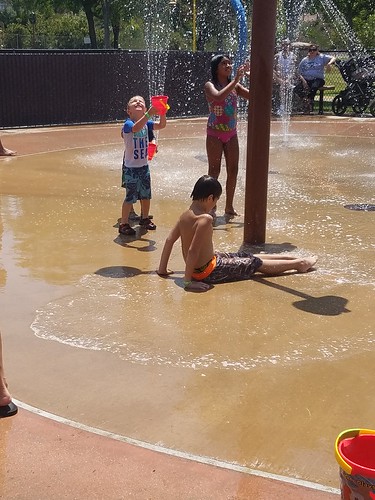 And shortly after that Little LO was in the same wet boat. 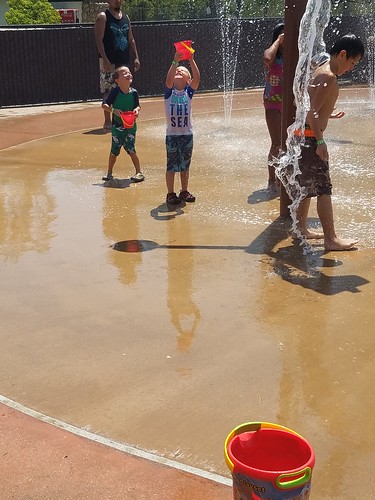 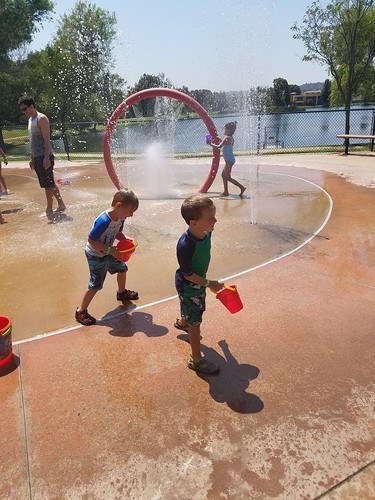 This party also celebrate Littler LO turning one.  Both he and Thatbaby followed their older brothers in getting as wet as possible.  Although they tended to soak themselves instead of each other. 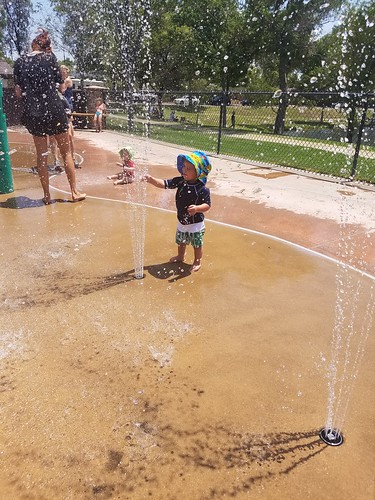 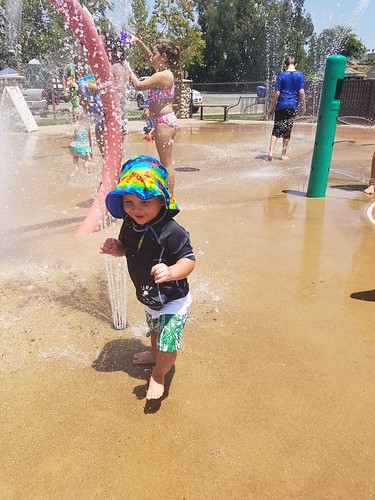 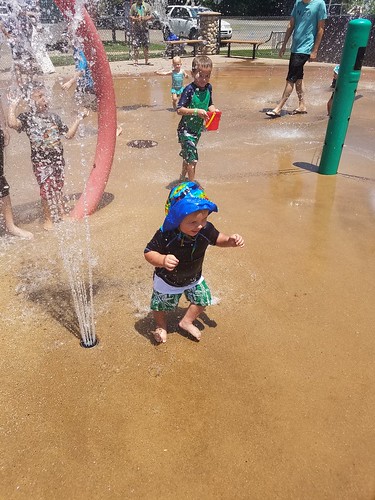 With September only days away, the summer fun is almost at an end. We're trying to squeeze in the last bits of it over the next few weeks.  And taking advantage of the summer produce that won't be good too much longer.  Our house is awash in summer stone fruit and watermelon.  Everything I want to eat right now is light, like salads, or this brothy soup loaded with vegetables.  It may be a little early for barley soup, which to me is such a classic fall staple, but it doesn't have to be a heavy meal.  Keeping the emphasis on the vegetables means it's a great soup to enjoy year round.  Mine is filled with root vegetables, but really anything seasonal can be substituted.  It would be just as delicious with tomato, zucchini, and summer squash. 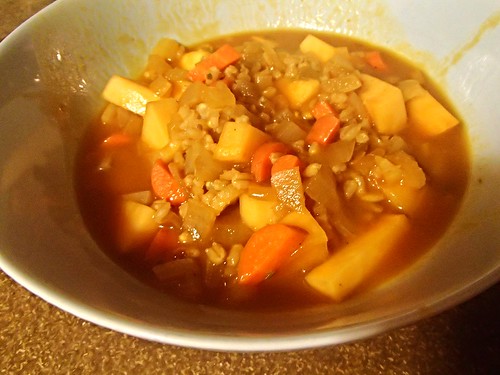