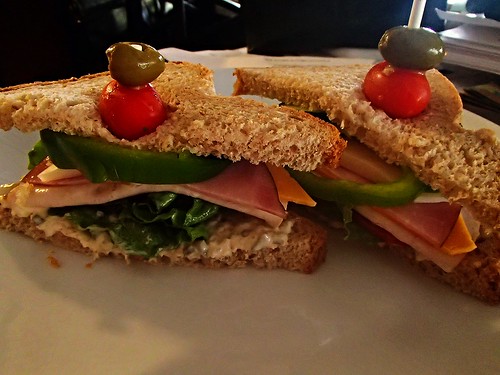 Thatkid has turned into quite the little theater lover this past year.  Which seems like it would be a given, since his parents met doing a play together.  It just runs in the family.

I'm not going to lie.  I adore the fact that he has a love of musicals.  He requests the soundtrack to Hamilton almost every time he gets into the car.  And what's even better is that he seems to have taken after me in his ability to memorize songs.  So he joins in the singing with me.  We're a regular Von Trapp family these days, minus a child or two.

He has an entire line up of shows to see this summer, and I was lucky enough to accompany him to two of those performances.  Our own little date nights. 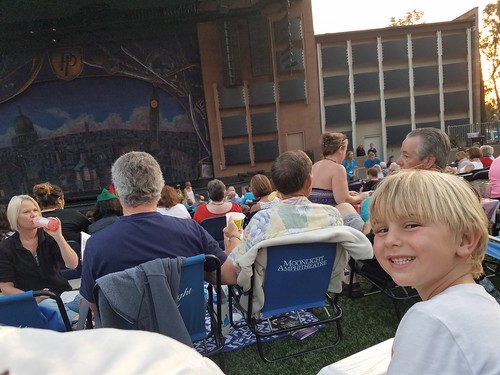 He sat, enthralled, not wanting to leave even to go to the bathroom.  Curling up against me at the end, hours past his bedtime.  And now I am often treated to crowing and singing about how he taught his shadow to stick to the tip of his toe.

Last weekend we went and saw Beauty and the Beast.  This is a new show for me.  I know the story, and have seen the cartoon, but never the musical.  The venue was open seating, so as we arrived I told Thatkid he could sit wherever he wanted.  He chose the very last row, excitedly proclaiming every few minutes about what great seats they were. 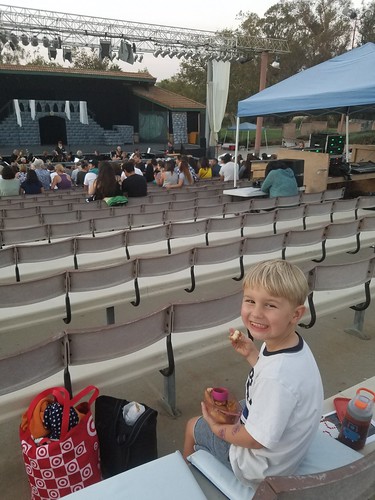 But at intermission I lost my little theater date when he found a school friend was also at the production.  He spent the second act snuggling with her and sharing snacks as they remarked on their favorite parts of the show. 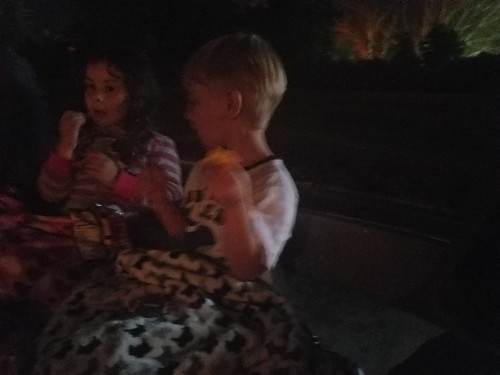 Even though these end up being late nights for him, taking him to summer theater is one of my favorite things.  I think the outdoor venue is perfect for young theater-goers.  And the warm summer nights make the whole thing seem magical.  We bring our dinners with us.  Thatkid requests chicken nuggets, not minding that they're usually cold by the time we are seated.  I guess it's kind of like fried chicken at picnics.  Personally, I go for a great sandwich.  Delicious even hours after it's made.  I also think sandwiches add to the picnic atmosphere.  But not peanut butter and jelly, a night at the theater calls for something a little more...special.  Meats, cheese, and vegetables piled high makes for a really filling meal, just like something you'd grab at a deli or restaurant, but easy enough to make at home and throw in bag. 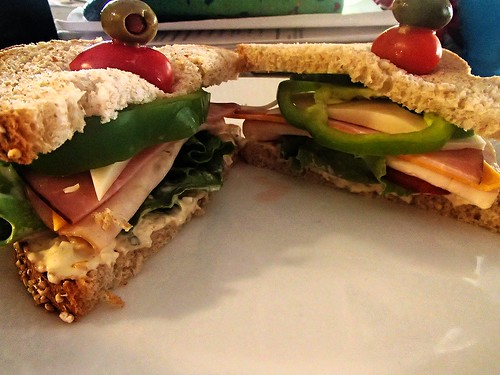