There are a couple of races in San Diego that are fixtures of the racing scene.  They're the races that have been around forever, some that people travel in for year after year (like the Carlsbad Half Marathon) and others that are annual community events.

The Scripps Ranch Old Pros is one of those community events.  Held every year on the Fourth of July it's a San Diego tradition that draws thousands of runners, year after year.  And I've wanted to run it forever.  In fact, I had signed up for it back in 2009, only to sprain my ankle a day or two before the race.

But this year, I finally got to run the 10k!  The race itself is around Miramar Lake and the race starts in a nearby neighborhood.   I met up with a couple friends before the race and made plans to meet up with them after. 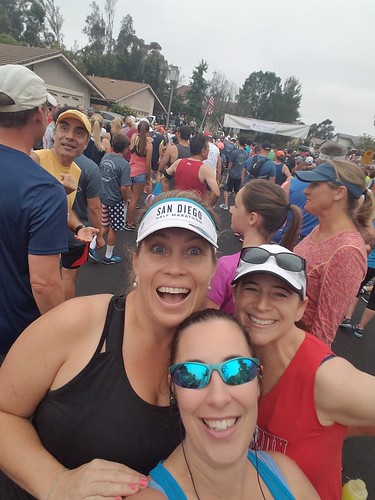 What's nice is these are some of my typical lake-running-pals.  Although I decided to run the race on my own to finish faster so Thatboy and the kids wouldn't have to wait as long for me, since they tagged along too.

I run around the lake almost every week, so I was more than familiar with the course.  There's definitely a sense of of comfort in that.  Maybe too much.  This wasn't my fastest 10k, but this could also be the new job and lack of running during the week lately.

The last part of the lake runs you over the dam, which was lined with American flags in commemoration of the holiday.  They also handed out red white and silver necklaces at the water stations. 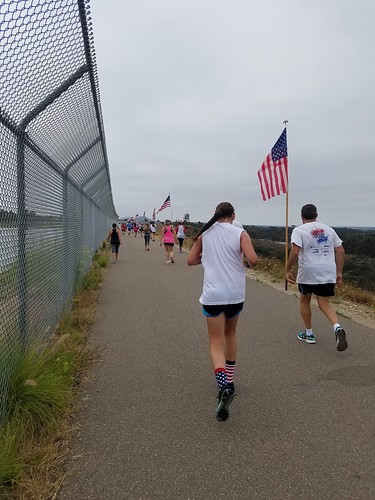 For many people, this is a major PR course.  The lake is billed as "flat" (it isn't but the inclines and declines aren't intimidating) and the last portion, from the lake back to the finish is all downhill.  Really, it's a nice way to end a race because you almost feel refreshed as you cross the finish.

And if a nice downhill doesn't refresh you, the beer garden after will! 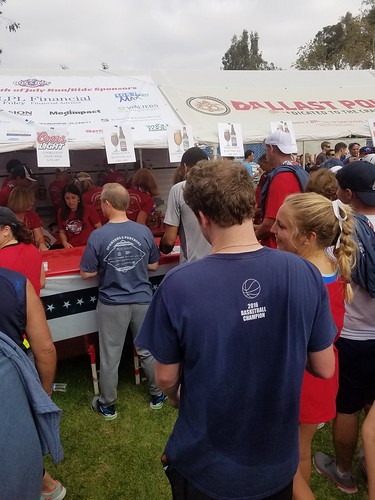 All you can drink Ballast Point Beer!  Which is great, because I love Ballast Point.  (In fact, we've been going through their Barmy like crazy in this house right now.) 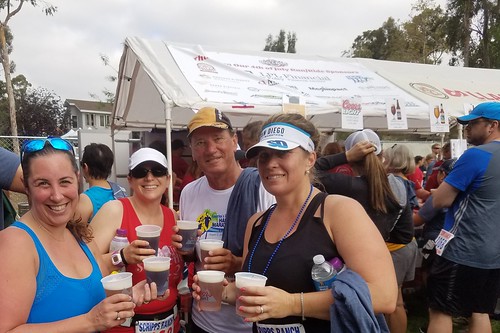 I met up with my friends/drinking buddies and we toasted to the race and the holiday.  A nice tradition to take part in.
Posted by That Girl at 1:00 AM