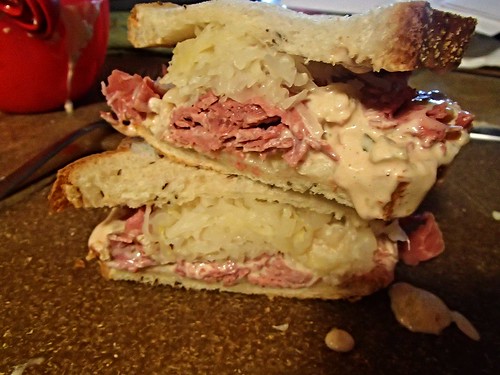 Big surprise, we're backlogged here.  BUT YOU GUYS I SEE THE LIGHT!  Last weekend was one of the most mellow we have had since February.  FEB.RU.ARY.  We cleaned the house, played with the kids, and even slept a little!

So let's rewind to the weekend before.  It was, like most of our weekends, packed.  Which meant we spread Father's Day out over both weekend days.  We started on Saturday morning with a trip to Thatboy's favorite breakfast location - The Original Pancake House. 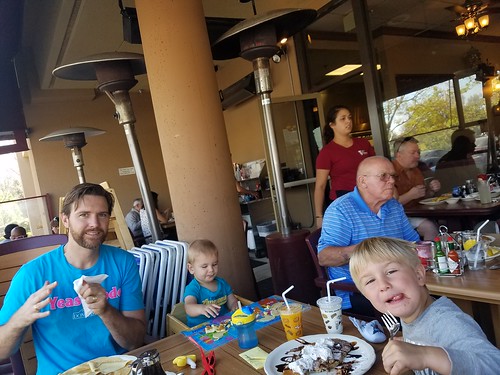 Thatkid made a point of trying everyone's pancakes.  Thatbaby was much more interested in eggs.  Oppobaby strikes again.

We had such a great time at Wave Waterpark last year, we decided to do it again this year.  Except last year, Thatbaby was only a week old, so he and I spent the entire time in a cabana in the shade.  This year, he and I spent most of the time floating around the lazy river in an inner tube.

He also got his first taste of snow cone - watermelon snow cone! 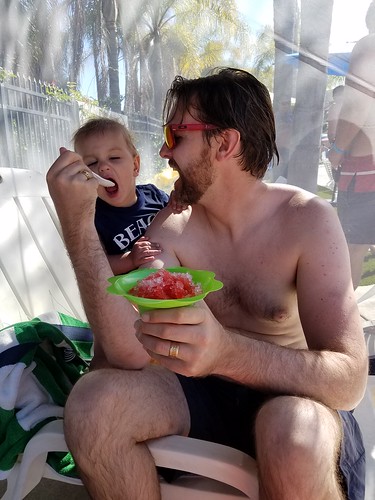 After the waterpark, we tried out a new brew pub - Prohibition Brewery.  Neither Thatboy nor I were terrible impressed with the beer, but we both loved the food. 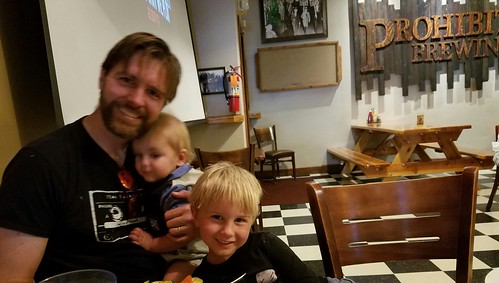 Thatboy had some amazing macaroni and cheese, Thatboy had prime rib, and me?  I had a cuban sandwich.  I love a good sandwich at a restaurant.  And Prohibition had a number of really good looking sandwiches.  I had a really hard time deciding between the Cuban and a Reuben.  I ended up going with the Cuban because I can make a mean Reuben sandwich at home.  This Reuben sandwich.

The Reuben is a quintessential Jewish deli sandwich.  Corned beef and cheese, topped with sauerkraut and Russian dressing.  But the most important part of the sandwich is the rye bread.  Accept no substitutes! 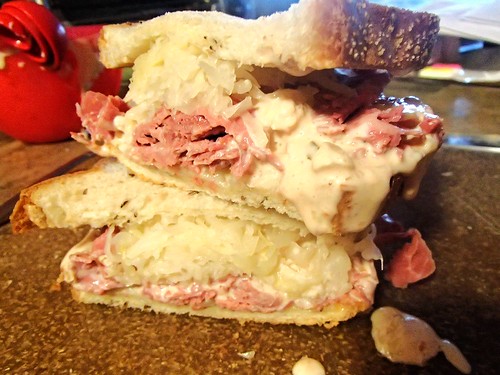