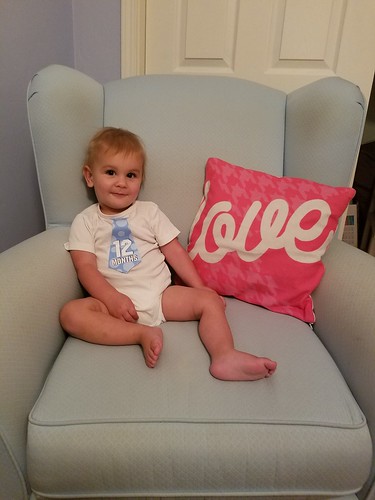 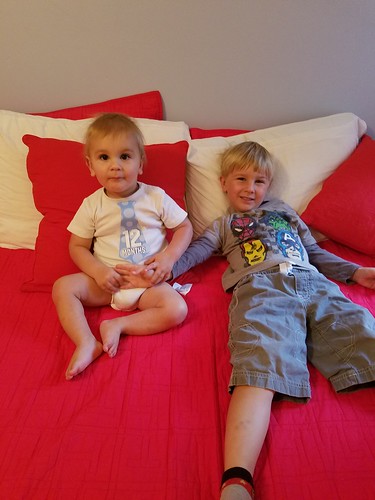 Sleep:  We were mostly down to one wakeup a night, until last week when he developed Hand Foot and Mouth.  Characterized by sores in his mouth which meant he was up every 45 minutes in pain.  Poor kid.  So glad we're done with that.

Eating: Along with the mouth sores came another lack of appetite.  Which is normal.  In fact, Thatbaby's doctor was impressed with his growth/weight given his recent illness.  I think that's because his refusal to eat solids didn't come with a refusal to nurse/drink milk.

Best Moment: He started signing "more" this month.  Which is just the cutest thing ever. 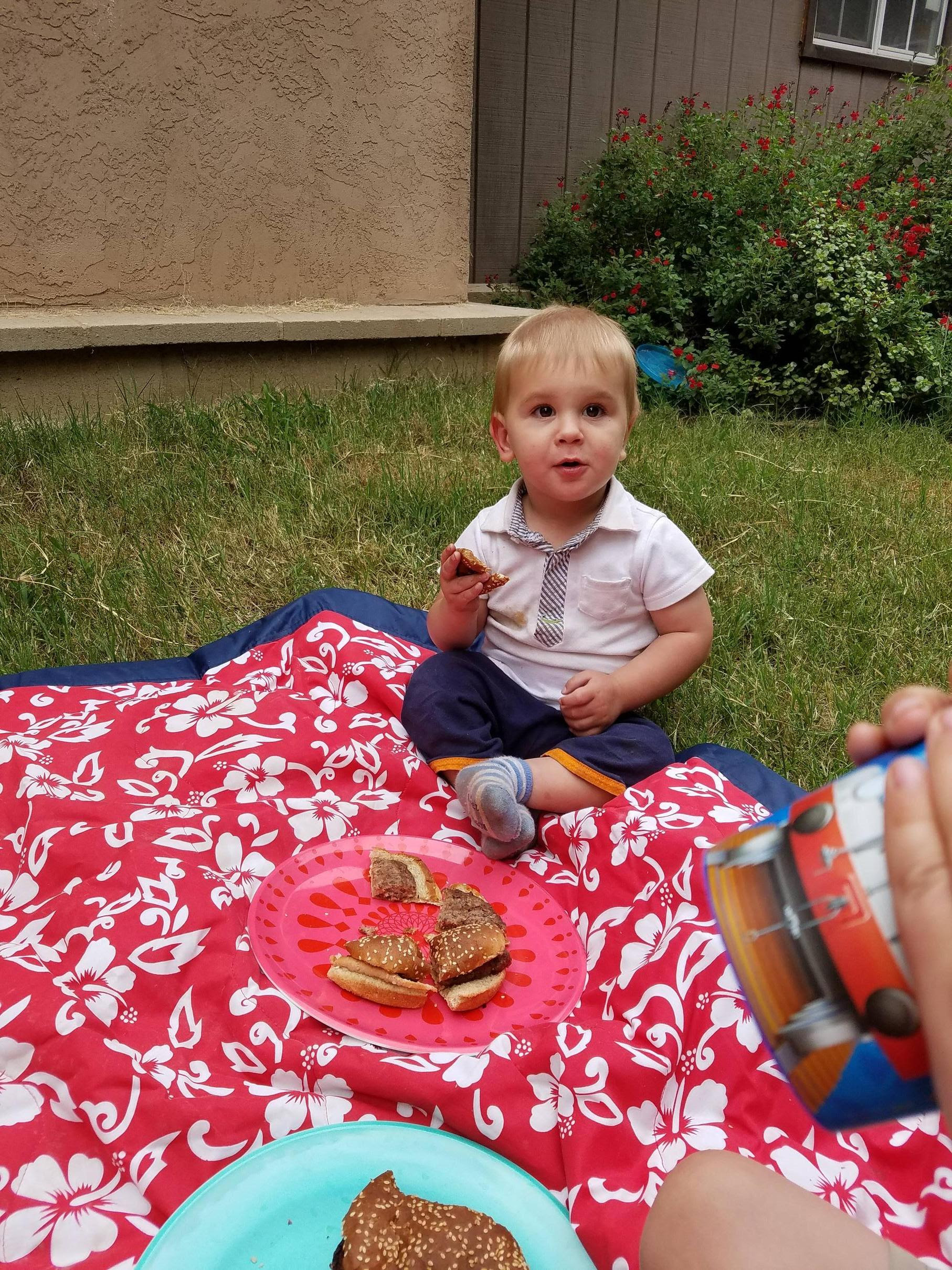 Monthly Wisdom: 12 months/1 year seems like such a milestone.  But it's important to remember that there is no magic switch that goes off at that time.  Thatbaby doesn't know he's one. So all the big changes that happen "at one" are really theoretical.  There are changes, but there are changes every month.  And just like every other change, they all occur at their own time.

Goals for the Upcoming Month:
- Weaning from the pump
- More sleep
- First night away from the boys!