I'm a little behind on my Sunday Rundays.  Saturday nights have been busy and late and that's usually when I type these up.  Not that last night was any different.  Thatbaby's party is next weekend, which means I'm up late every night doing party prepping and crafts.  But it's getting embarrassing that we're nearing a month behind on these posts, so let me fill you in on the last race of my 3-in-a-row series.

I was tired and sore from running the Del Dio Trail Run the day before, but this race had a lot going for it.  The whole family would be joining me, and it didn't have an insanely early start.  Plus, they really took care of the runners.

When we got there, they had booths set up just handing out fill sized bars.  "Take as many as you'd like, we have a ton."  Lara bars, Luna bars, Clif bars, and some I'd never even heard of.  Which means breakfast was taken care of! 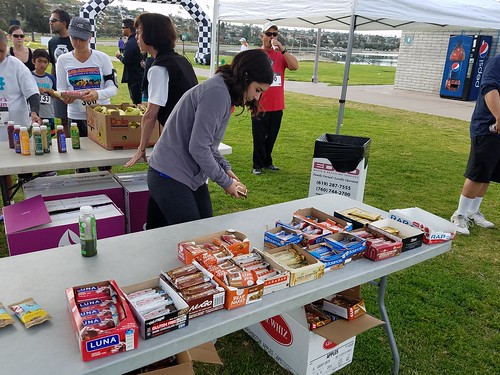 They also gave out full sized bottles of suja. 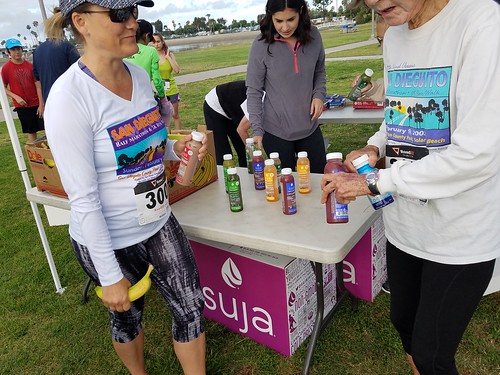 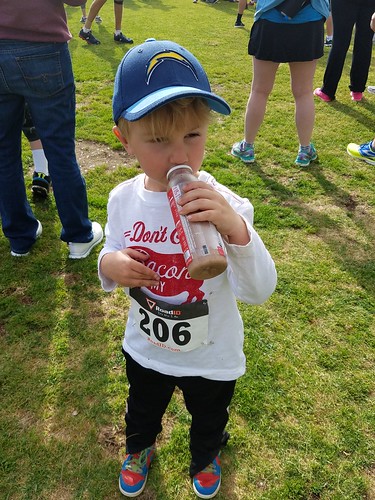 Good Pop popsicles also set up a stand.  Which I really appreciated after the race! 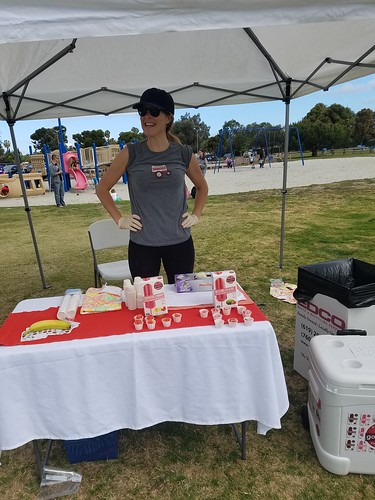 I called this race my "redemption race" after my abysmal performance the day before.  I knew it would be nice and flat.  And short, since I was only doing the 5k option.  I'm not typically a competitive runner.  The only person I want to beat is myself.  But I did the classic runner trick where I picked a person in front of my and tried to pass them.  It worked, and before long I was at the half-way point.

I did the same philosophy on the way back.  This time counting women.  I knew I wasn't going to be in the top 3, which are the only ones who would medal, but I wanted to see how close I could get.  The last half mile I was playing cat and mouse with another women, who eventually finally gave up.

I crossed the finish line as the sixth female.  And while I didn't get a PR, I was solidly below 30 minutes, which definitely felt good after the day before.  Like I might be back in my groove.

Once I finished the race, I collected a rose and a goodie bag and hung out on the grass.  Thatbaby examined my swag. 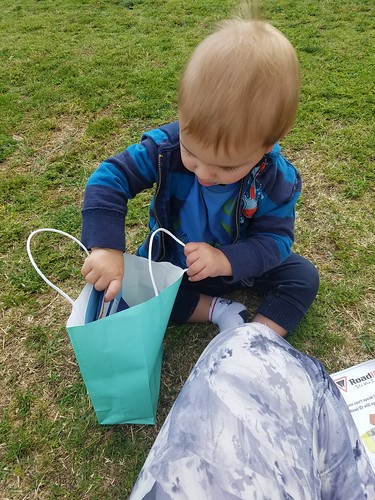 Inside were all kinds of samples and coupons from Burts Bees, Babyganics, and Dr. Bronners. 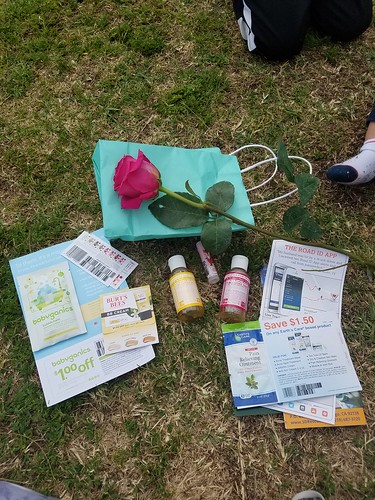 One of my absolutely favorite parts of the race was the kid's dash.  A lot of races have these tacked on these days.  But what makes this one stand out is that it's free.  Which is such a nice perk, and honestly such a great idea for a Mother's Day race.  So that families can be there together. 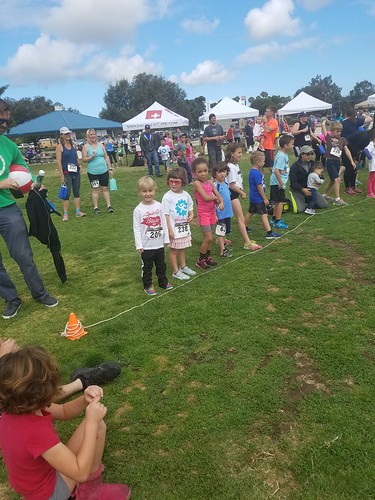 Thatkid lined up and ran his little heart out.

It was a redemption race for him too!