Round and Round at Thatbaby's Carousel Birthday


This is a picture heavy post, but not as picture heavy as it could be.  As usual, I ended up running late with the party and not having time to take pictures of everything before the guests arrived.

I decided on a carousel theme for Thatbaby's birthday.  Which to me just seems fun and youthful.  But a quick google search found that most carousel parties are geared toward little girls, with pinks and golds as the predominant color.

I wanted something brighter and more colorful.  I set the scene with our invitations, from delightinvite.com. 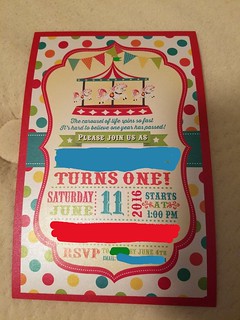 Almost everything else was handmade by me.  Because I am a glutton for punishment.  And I don't make good choices.

One of the things I knew I wanted to do was make actual carousel horses for decorations.  I cut them out of cardboard, painted them, and mounted them on PVC pipes. 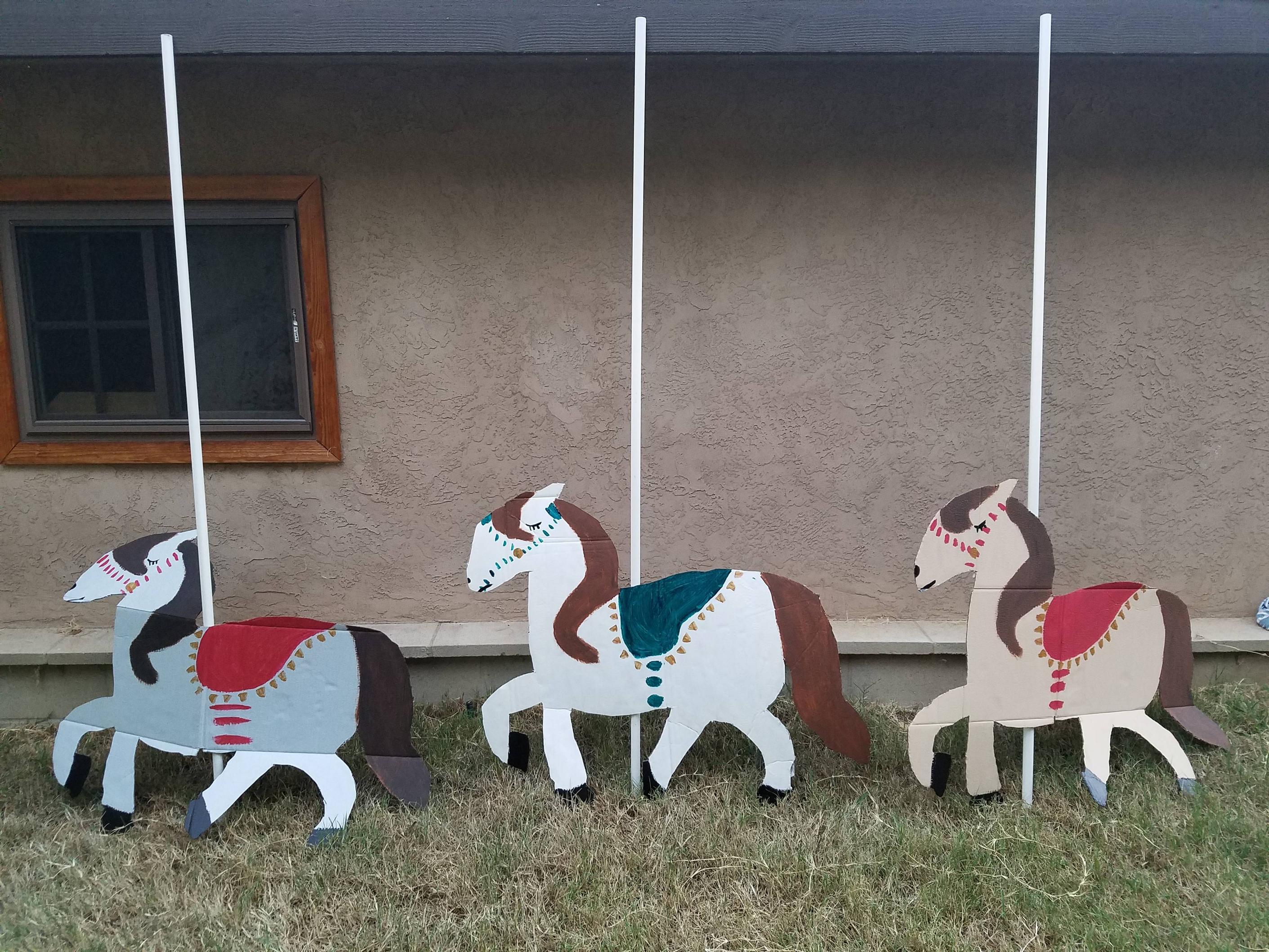 Then Thatboy used them to line the driveway, the entrance to the party. 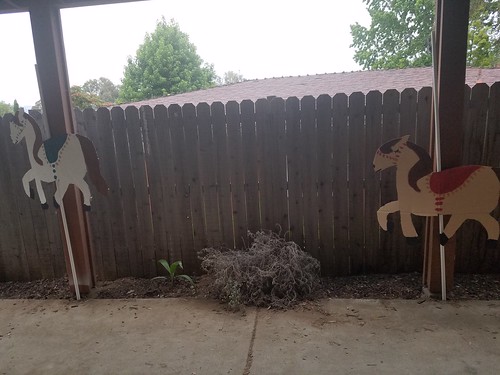 And I made a banner with all of Thatbaby's monthly pictures on it.

I did a terrible job of taking picture of the food, so I'll just tell you what I served - corn dogs, quesadillas cut in the shape of carousel horses, mini Greek salads, fruit salad, circus animal cookies, cotton candy, and cake. 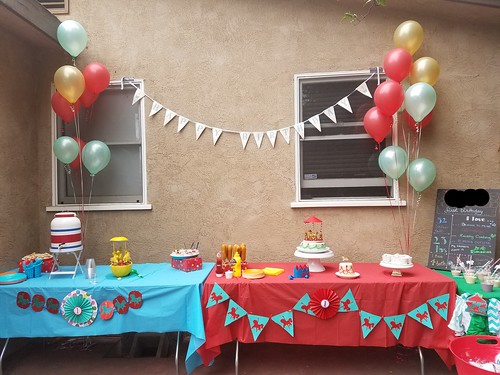 I did manage to take a picture of my fruit salad! 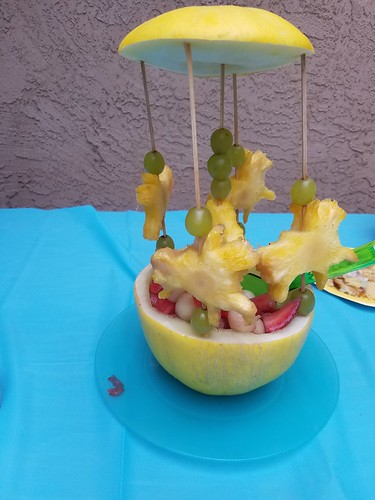 I also thought it would be fun to have a milkshake bar, as a fun drink alternative.  I made carousel straws to go with them. 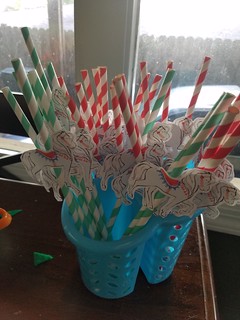 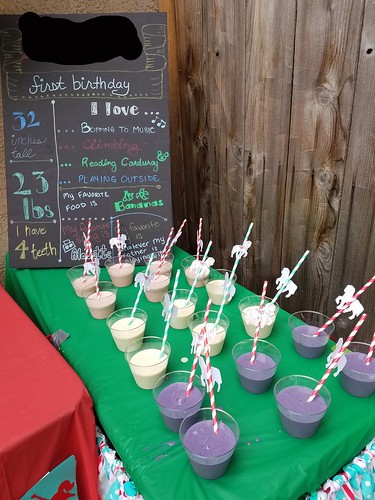 We went with caramel cakes for the cakes.  Like Thatbaby's smash cake.  It's obvious this is a homemade decorating job. 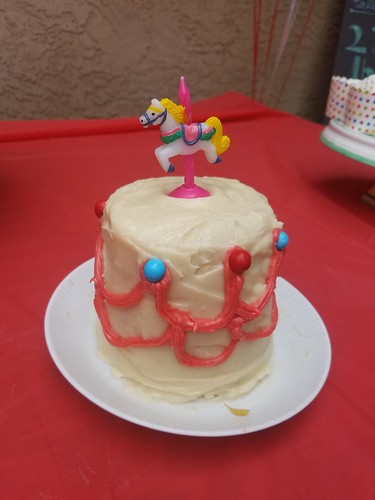 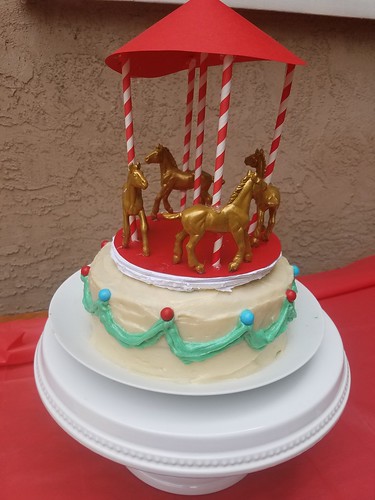 I made a crown for Thatbaby along with a high chair banner for his eagerly anticipated cake smash. 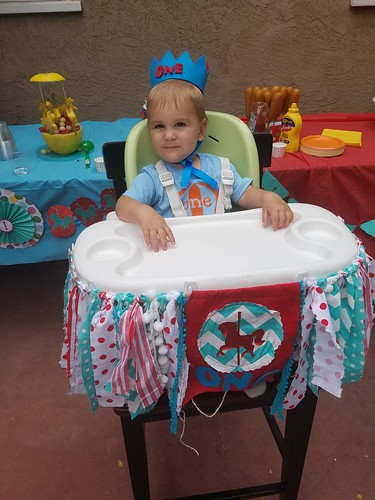 Which he wanted nothing to do with.  He loved putting the candle on and off the cake, but wasn't so interested in eating the cake.  He kept asking for watermelon instead. 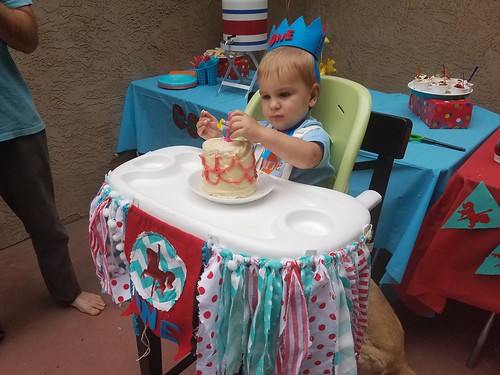 Having the party at home meant we could entertain the kids with toys we already had.  Like the swing set, or hula hoops. 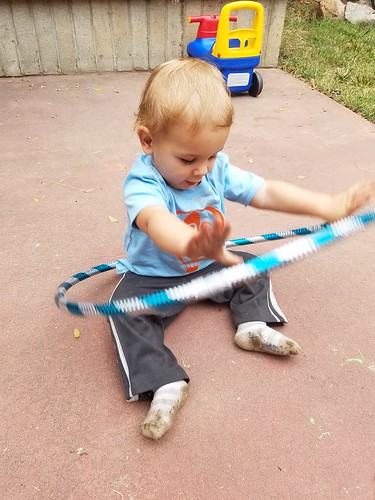 And Thatbaby's birthday gift from grandma.  All the kids loved this one. 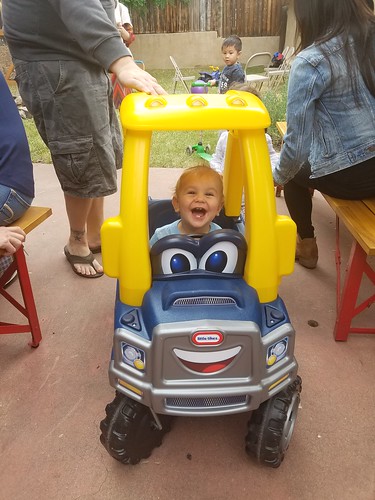 For favors we sent each guest home with a carousel stick horse! 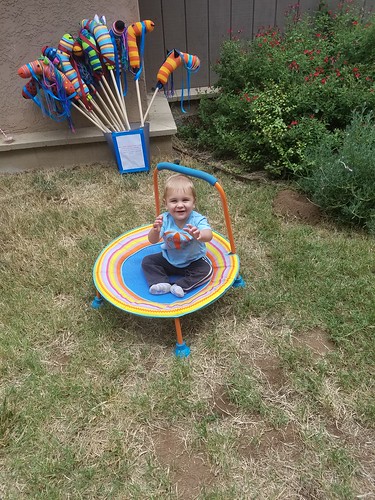 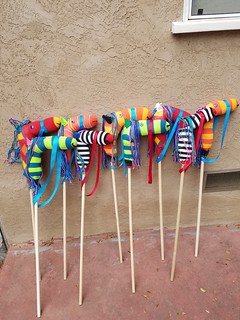 Overall the party was a great success.  Although after so much cutting of horse shapes I've decided the theme of next year's party is going to be "squares." 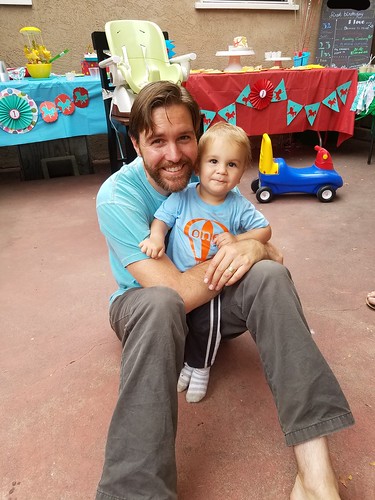