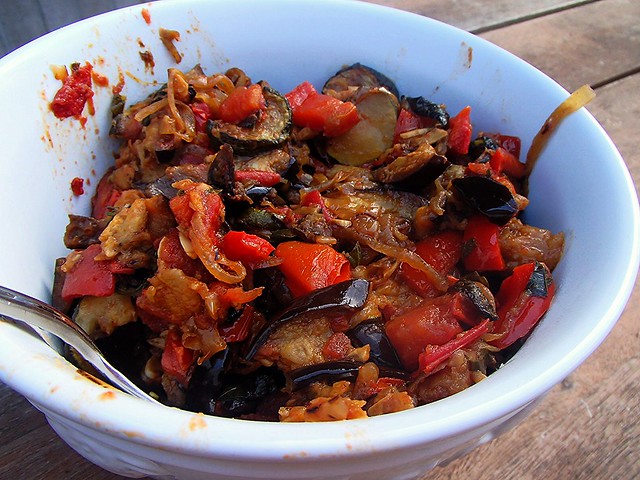 Back when I was pregnant forever, and having contractions that went nowhere, I tried the various stereotypical "ways to induce yourself" in the hopes of getting the contractions to continue and getting Thatbaby to make his way into the world.  This is despite the fact that none of these induction techniques worked when I was pregnant with Thatkid.

I walked, I ran, I ate pineapple, I ate spicy food.  I bounced on a ball for weeks.  Knowing the eggplant is often touted as being the "last meal" before people went into labor, I even made Wizenburg's Roasted Eggplant Ratatouille.  And dumped crushed red pepper on my serving.  The ratatouille did not send me into labor, but it definitely impressed.  This was my favorite ratatouille I've ever had.  In part, it was the ease of the recipe.  This was the easiest recipe I've encountered for ratatouille, with just adding various veggies.  And the eggplant wasn't overpowering, as it often can be with ratatouille.

The other labor trick I tried was a pedicure.  I had a 2:30 hearing, and since we all thought I'd be done with work weeks earlier than I was, there was little to do in the office and my boss told me I should just head home after the hearing.  At that time, Thatkid would have still been napping at preschool, so I killed some time by getting a pedicure.  When I picked him up from school he was so upset I had gone without him.  I promised I would take him on a special pedicure date after the baby came.

While I have often painted his nails at home, this was the first time he had them professionally done.  He loved every aspect of the experience.  It took him a while to pick out his colors, but he finally settled on glittery orange and glittery purple.

He's so little, he could only dip his toes in the water, but he was so entertained by the fact that the lights kept changing colors.

He was pretty good about sitting still, only splashing a little when his foot got tickled by the pumice stone, which he loved.

And then he sat ever so nicely waiting for his nails to dry.  I love the juxtaposition between his glitter nail polish and his super hero flip flops.  That's pretty much my son to a T. 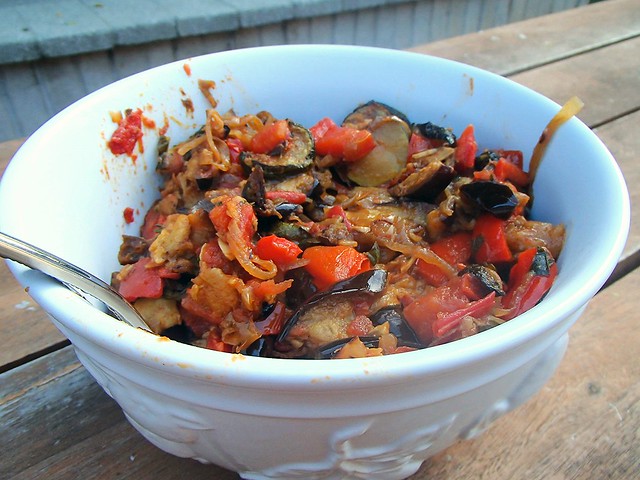