A Homemade Life: Dutch Baby Pancakes with Lemon and Sugar 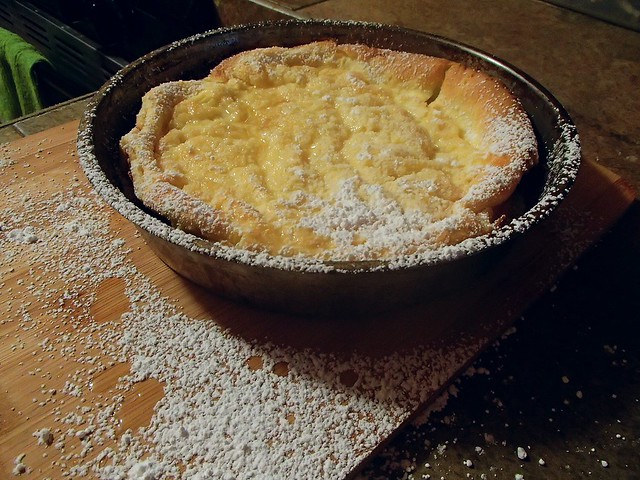 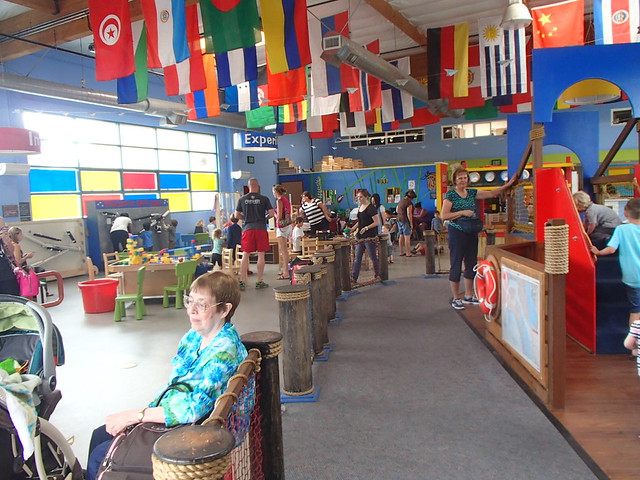 The inside is divided into various areas, "Experiment" houses Science, Technology, Engineering, and Math exhibits, like the magnetic ball wall, magnatiles, and a wind tunnel.

"Imagine" is home to the play stage, puppet theater, costumes, and instruments.

"Explore" is where you'll find the Global Village, the Pirate Ship, and the Toddler Tide Pool. 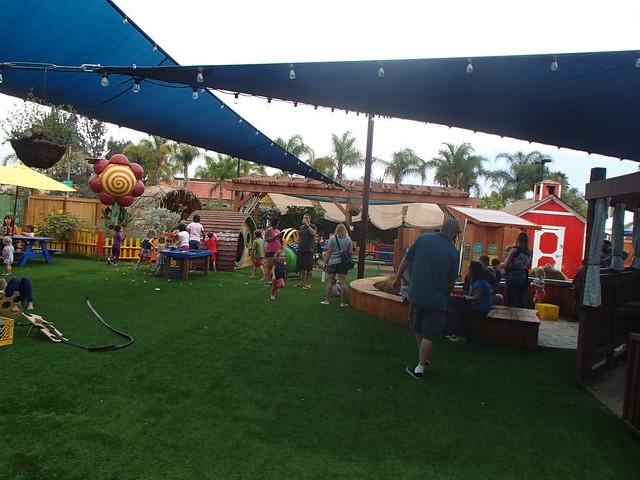 Outside is "Discovery" with a garden, chickens, a water table, bubble station, hula hoops, foam blocks, and a dinosaur excavation site.

Thatkid really got into the foam blocks, using the round ones to create a track for ball rolling.

And although Thatkid is a little young to understand the concept of a watershed, he did like playing with legos in the water. 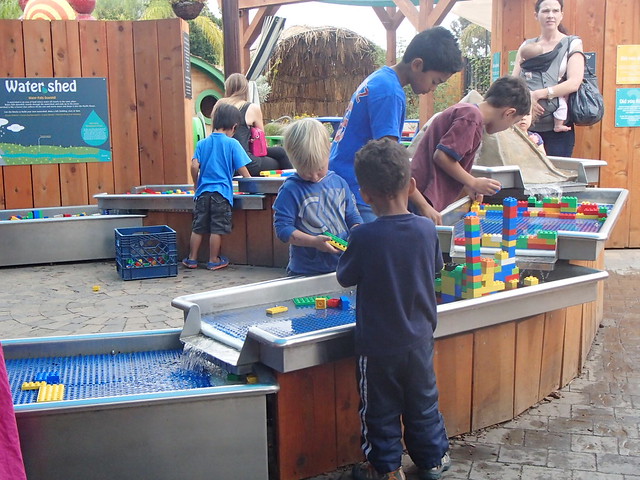 Inside, Thatkid tried to combine the various areas, playing dress up with the costumes and wearing various costumes throughout the museum. 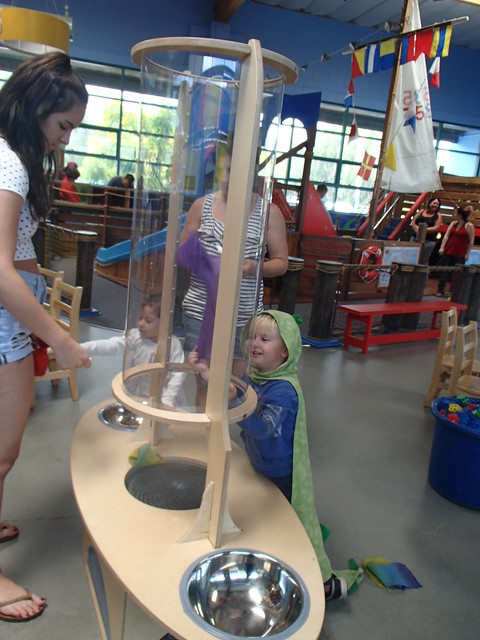 The pirate ship is a big draw to the museum.  You can even go underneath the deck where a table is set up, like on a real ship. 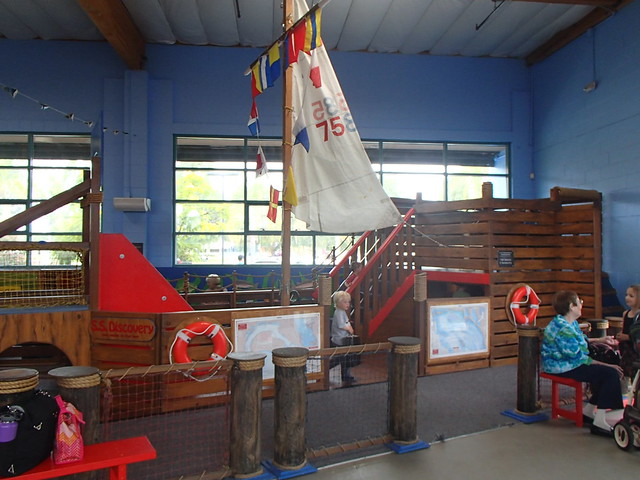 Thatkid found himself a pirate hat and made himself right at home.  We sailed to Legoland and Disneyland. 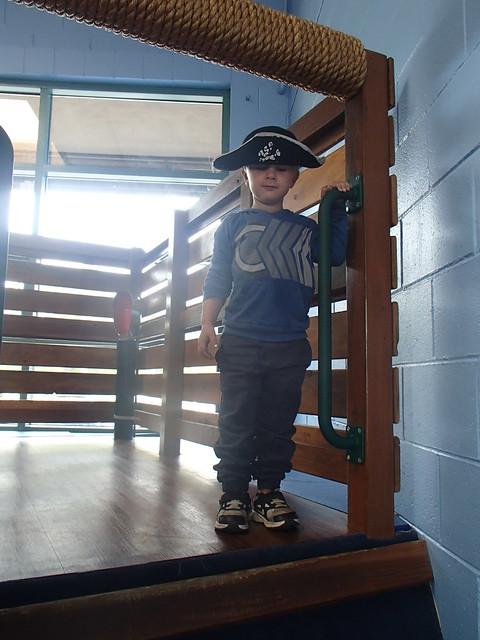 I loved the fact that the deck came complete with brooms, so the kids could actually swab the deck. 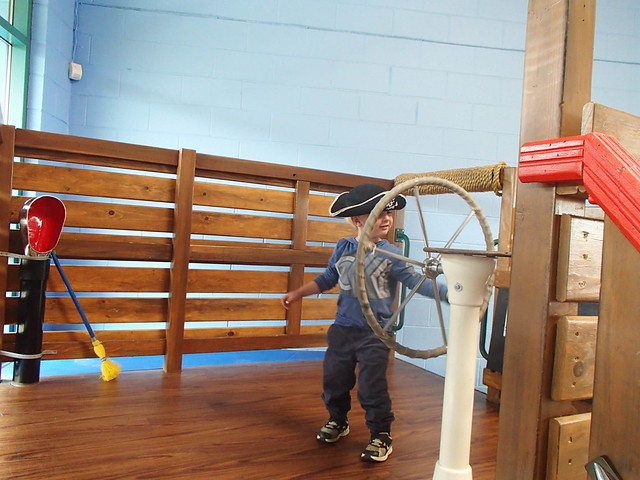 We spent all morning at the museum and Thatkid was really reluctant to leave.  But lunch and nap awaited us, even if I did push them back to give him more time.  I only managed to cajole him out with the promise that we would return, and bring Thatboy, who doesn't get to join us on our week day adventures.

We're so busy during the week, that our weekends often find us sitting around the house anyway.  (Which I love).  Lazy mornings at home are generally a thing of the past, but every now and then we manage to all eat breakfast together.  On mornings like that, something special is called for.  Thatboy first introduced me to Dutch Baby Pancakes at The Original Pancake House.  Before he discovered the 49ers, which is his choice now, he always ordered them.  And they were always enough to feed a small army.  I was pretty excited to see a recipe for them in A Homemade Life, and even more excited that the recipe looked incredibly easy.  And it was.  And we all got to sit down with a big "slice" of the pancake, warm and sweet. 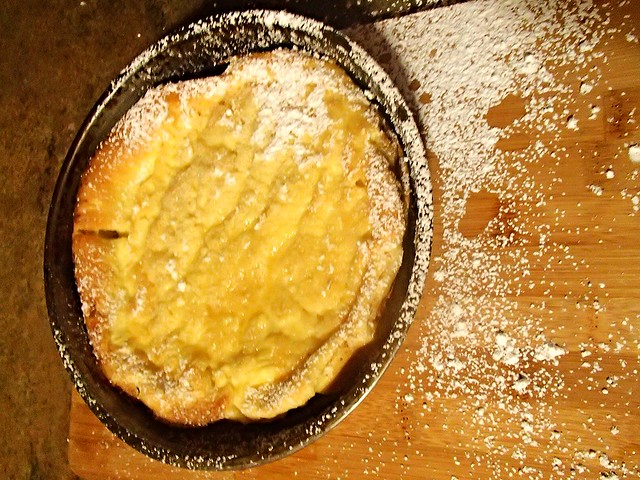