One of the best things about summers in San Diego is the fair.  Thatboy and I enjoyed it before Thatbaby was born, but it gets more fun every year as he can take in and enjoy more of it. 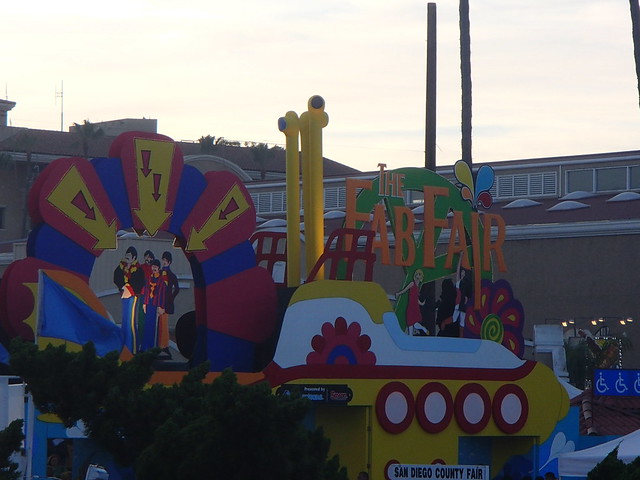 Sometime this winter, Thatbaby's favorite book of choice was a Thomas Seek and Find.  On one of the pages, Thomas visits the fair.  That's Thatbaby's favorite page.  He loves looking at the people on the rides, the ice cream, and he was especially enthralled with the candy apple.  He thought it was the coolest thing ever, and Thatboy promised him that one day he would get one.  As soon as we started talking about the fair, he asked if we were going to get him an "apple candy."  So our first stop when we arrived, was a stop for the candy apple. 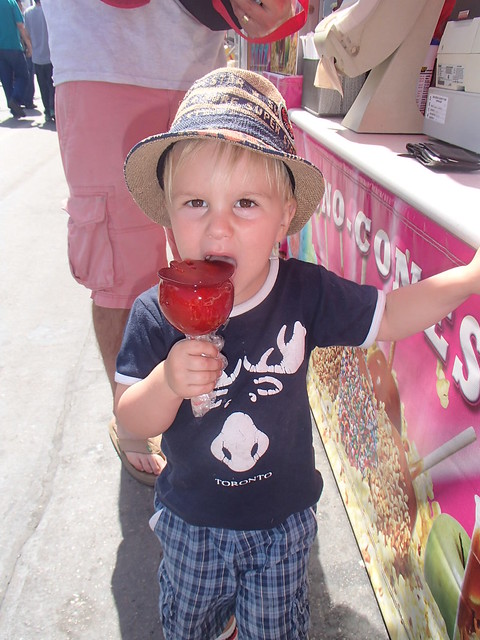 I am NOT looking forward to this kid's first dentist appointment!  On the plus side, like many sweets he gets, Thatbaby wasn't interested in finishing the sweet treat.  Thatboy helped him out with that.

Our next stop was the rides.  I'm a little wary of fair rides (hey, anything that can be put up in a jiffy might come down in a jiffy too) but I figured the ones meant for little kids wouldn't cause too much damage even if they did spin off the tracks.

Thatbaby is tall enough where he can actually ride quite a few rides.  But that also means he's a little too tall for us to ride with him.  He was a little hesitant at first when we strapped him in on his first ride, wanting one of us to ride with him, instead of watching him from the sidelines.  But he got the hang of it pretty quickly. 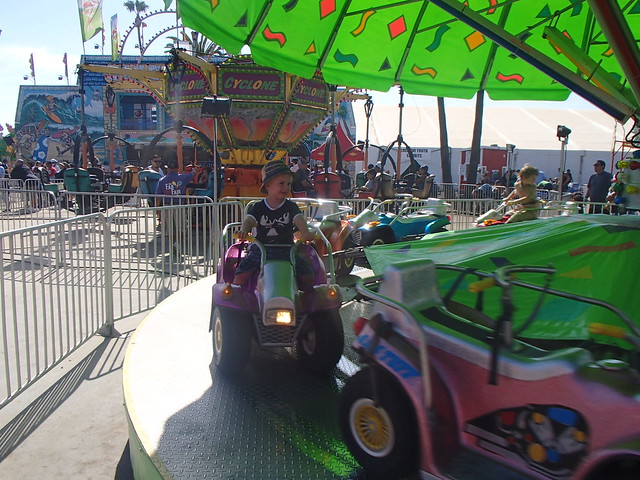 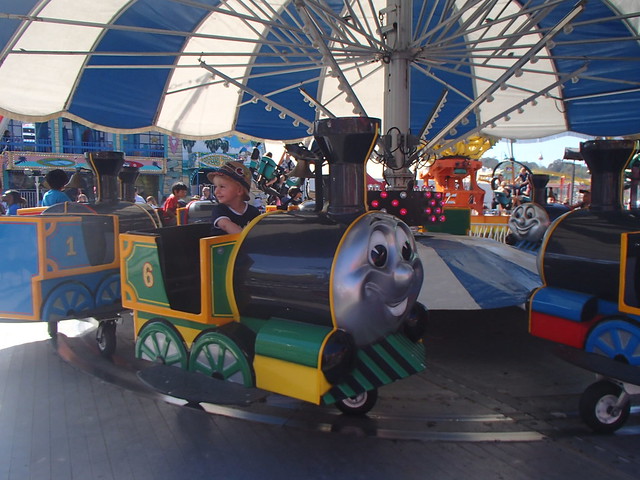 We each rode one ride with him too, I would have guessed this plane one with Thatboy was his favorite.  He spent the whole time waving at everyone. 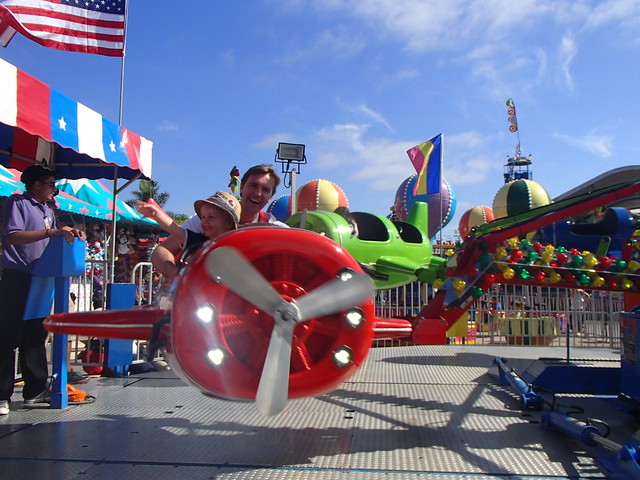 But when we asked him which he liked best, he was adamant his favorite was the whale. 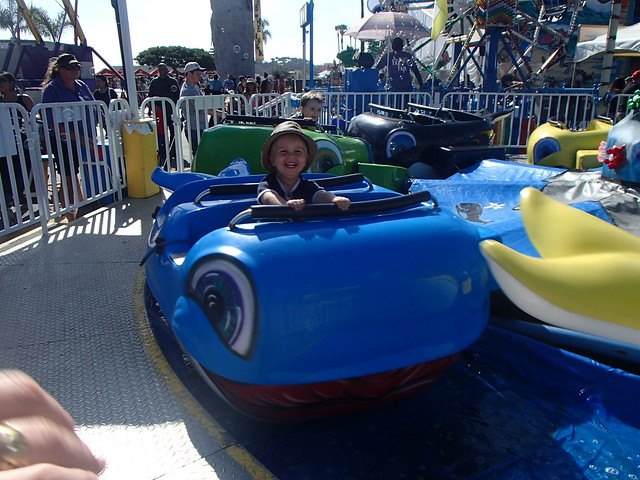 After the rides, we went to check out the animals.  As soon as we walked into the barn holding the cows, Thatbaby wanted to pet each and every one.  When I told him these animals weren't for petting, he wanted to find the ones that were.  So we headed over to the petting barn where he got to feed and love some goats, sheep, and a cow.  By this time we were getting a little hungry.  Especially those of us who didn't have a candy apple.  So we headed over to the food stalls for dinner. 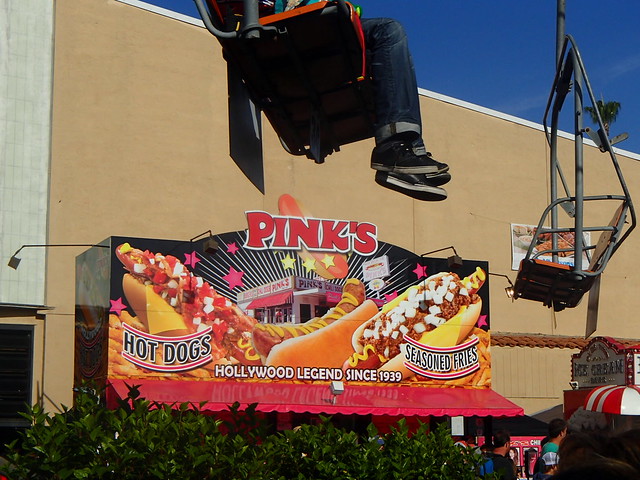 Nothing quite says "County Fair" like an oversized hot dog covered in toppings!  I actually beamed with pride when Thatbaby said he wanted his hot dog with just mustard, no ketchup - since I had been telling Thatboy for years that ketchup was for burgers and not hot dogs.  Thatboy and I got the "Martha Stewart" which was loaded with sauerkraut, bacon, chopped onions and tomatoes and a drizzle of sour cream. 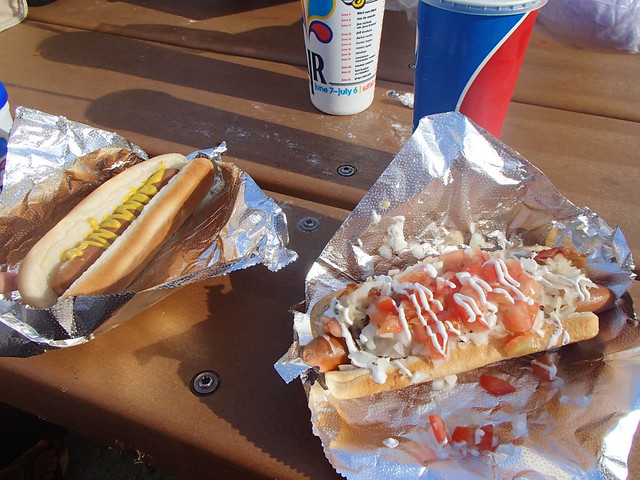 After dinner we went to check out the art exhibits, which Thatboy loves, then headed over to the gems and minerals to look at shiny stones and fossils.  We then made our way to the exit, but not before stopping at the photo booth to continue with our family tradition.  3 years and counting!  It's kind of funny to see the difference in Thatbaby over the years.  There seems to be such a big bump between year 1 and 2, and less of a difference between 2 and 3.  Except this year he actually had an idea of what was going on and could focus on the camera. 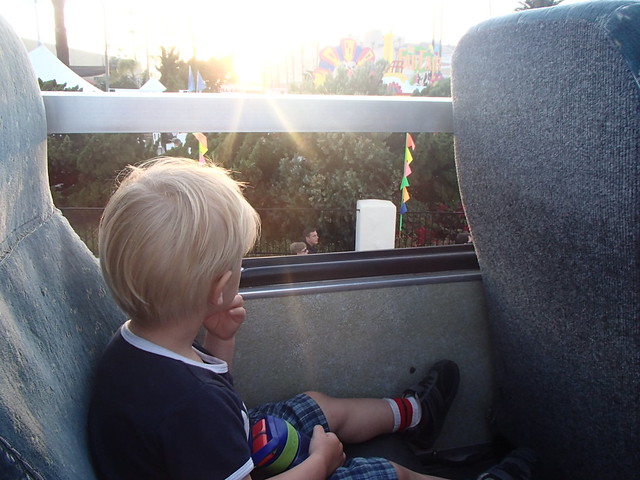