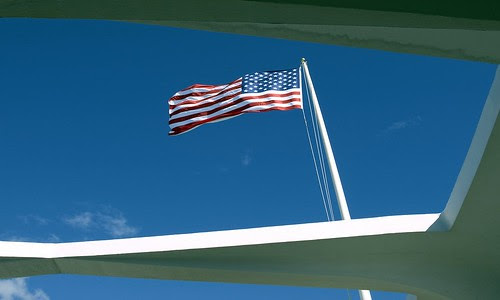 It was really important to me to visit Pearl Harbor while we were on Oahu. I can't quite explain why. Perhaps its because living in San Diego service men and women are part of my daily life? Maybe its the same reason visiting Ground Zero is a must for NYC visits. I have a need to remember that awful things can happen when you least expect it, in places of beauty.

TMIL was interested in joining us, but (surprise surprise) TFIL didn't want to go. "I went in the 60s, I don't need to go again." And yet (surprise surprise) you'll never guess who was in the car with us bright and early as we made our journey. I had given them both warnings before we headed out that no purses or bags would be allowed on the memorial and we didn't want them leaving anything in the car to get stolen. We requested they only bring what would fit in their pockets. And yet, you'll never guess what TMIL brought with her. And grumbled about having to pay to check it. I also warned TFIL that there were no restrooms on the memorial itself, so he needed to use the restroom before we got on the boat. He replied that he would probably be fine just peeing off the side of the memorial. He actually said that. And so as soon as I could, I divorced myself from the rest of the group. I let Thatboy handle his parents so I could take in the memorial in whatever way I chose. (I did something similar when visiting Dachau with a group of friends) 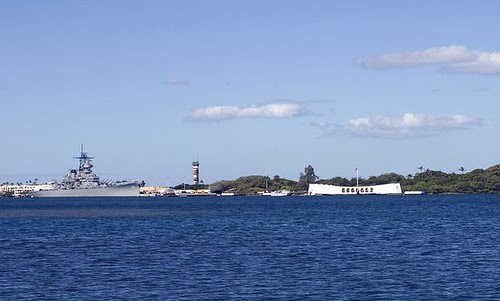 The USS Arizona Memorial marks the site where the USS Arizona once stood. It was moored on "battleship row" at the Pearl Harbor Naval Base when it was hit by Japanese bombers on the fateful morning when WWII showed up on the US's doorstep.

While many of the battleships hit that morning, the USS Arizona experienced the most casualties after it exploded and sank, bringing 1,177 of her crew down with her. 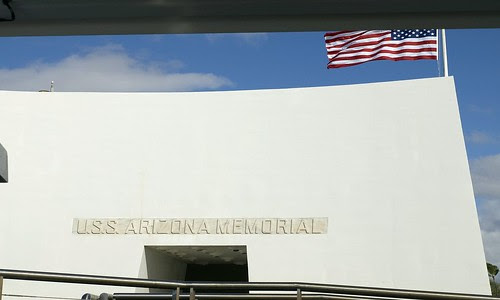 The Memorial spans the midpoint of the battleship which rests directly below it. It was somber being there and thinking of what was directly under us. 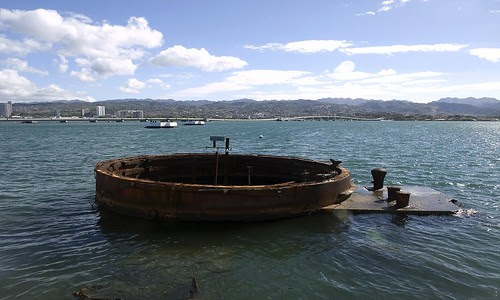 The gun turrets are still visible, poking out above the water. This one is still leaking oil out into the water.


After we visited the memorial itself, the inlaws went and found a bench to sit on while Thatboy and I did some more exploring. I wanted to read all the stories. Thatboy found something else to occupy his time: 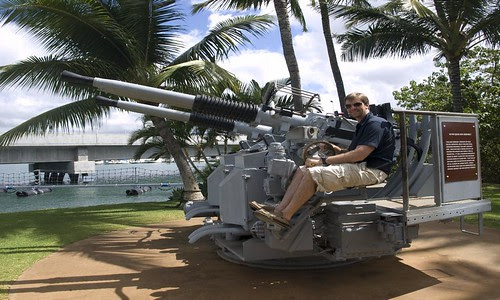 The next day we were up at the crack of dawn and on our way home - in desperate need of a vacation.
Posted by That Girl at 8:45 PM