First race of the year!

But not for me.

The kids love the Legoland race, so I signed them right up.  It's always a fun way for them to start the year.

Of course, this year, I woke up and immediately knew I was running a fever.  Y'all, I can't remember the last time I ran a fever.  I adore Thatboy, but the man HATES getting up early.  And he HATES leaving the house early even more.  So of course he jumped on my not feeling well, suggesting we skip the race, rather than volunteering to take the boys himself.

So like any good mother (seriously, no sick days allowed), I sucked it up and got us all dressed and out the door for the race.  And then I napped in the car while Thatboy brought the boys around to vendors.  Carls' Junior was there, handing out free drinks and their new "Beyond meat burgers" which both boys really liked and chose over the free Chik Fil' A sandwiches which were also being offered.

A little before the race started I met up with the boys and snapped a couple of quick pictures before we split up again. 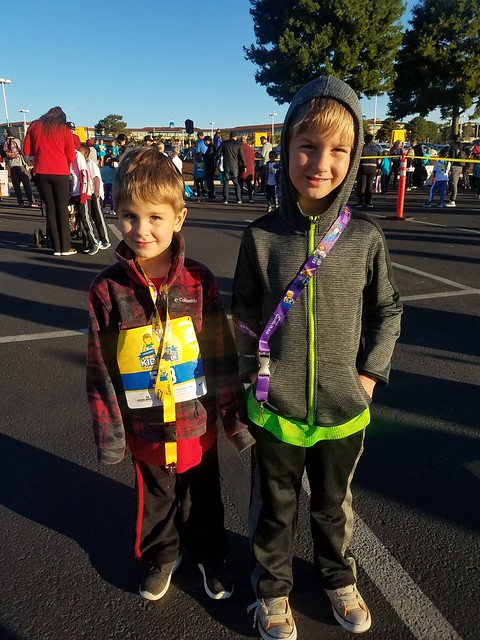 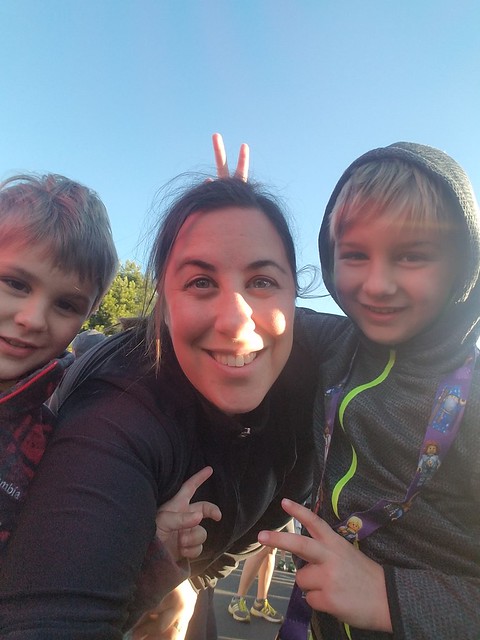 The race divides kids up by ages.  I stayed with Thatkid, who wanted to run the race.  Thatboy was more than happy to walk the race with Thatbaby in the stroller.

Each age is brought up to the start separately, in their own wave.  As Thatkid gets older, there are less and less age groups in front of us to wait for.  Before too long we were escorted up to the start line. 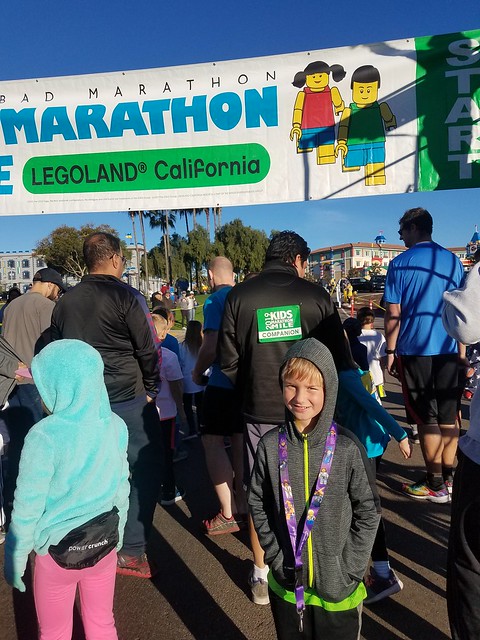 Thatkid made his way to the very front with the other kids who were itching to run.  We received several warnings that because of the rain, there was a new course and they asked us to PLEASE not run - but move carefully through the wet park so no one got hurt.  You can see how well these kids were prepared to listen to these admonitions. 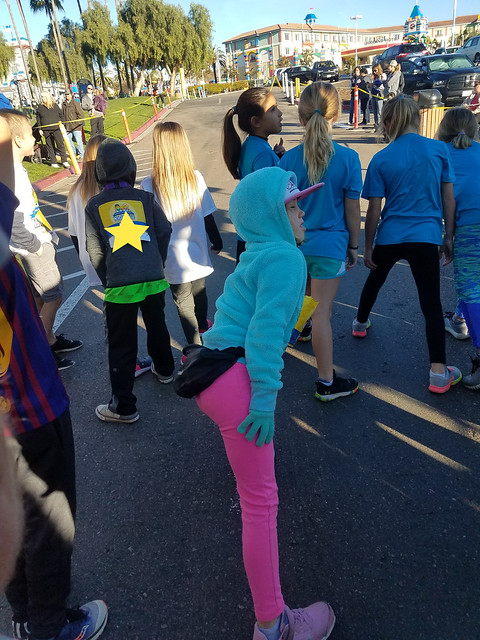 Then the race started, and I promptly lost Thatkid.  Whatever virus was in my system was making me a not quick running companion.  Add to that, I noticed that the child who was standing next to us in the corrals was lying on the ground just past the start line.  I figured I wasn't catching up to Thatkid anyway, so I helped him off the course and waited with him until his parents caught up to where we were.

Then I made my way through the park, with the hopes of catching Thatkid on his way back.  (Plus then I could cut across and not run the whole thing).  I managed to find him in Mini-land, just before the turnaround, waiting for me.   We finished the run together, although he took off for the last leg. 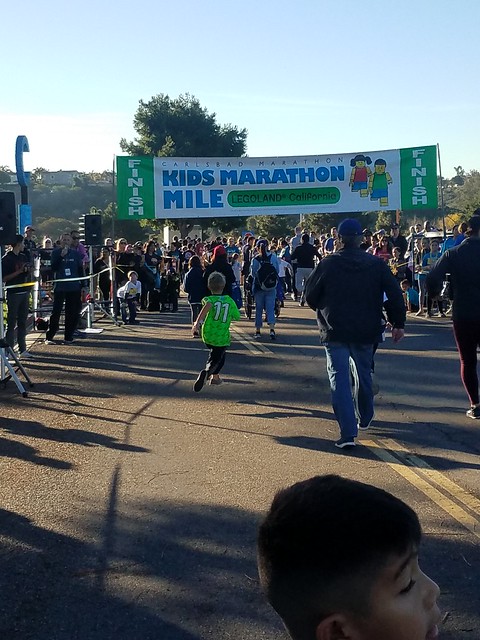 And then we began the long wait for Thatboy and Thatbaby.  They had the double disadvantage of being in the last group (4 and under) and walking the entire race, so we were there for a while.  When we finally spotted them, Thatkid ran to meet up with his brother and run across the finish again with him. 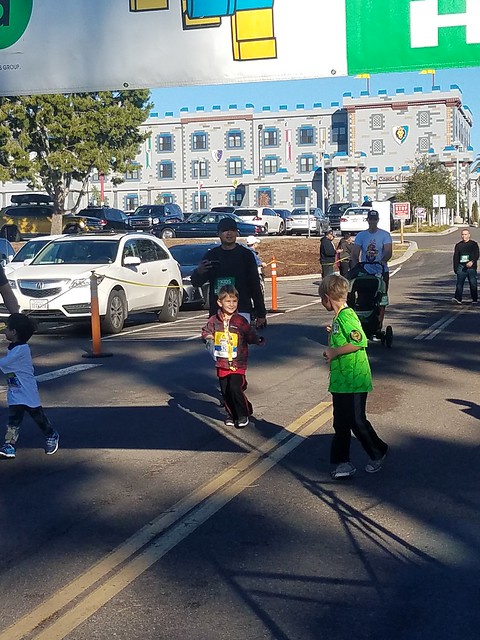 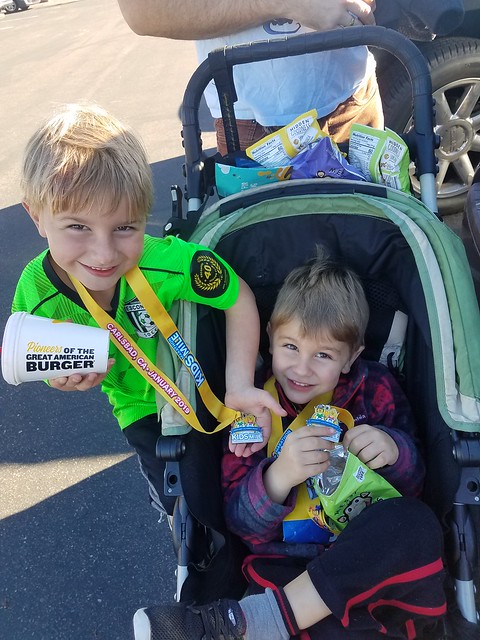 The boys were so glad to take part in this race again.  It's the perfect distance for them, and so fun for them to run with so many other kids.  Even Thatbaby loves it, and he doesn't even run the thing!