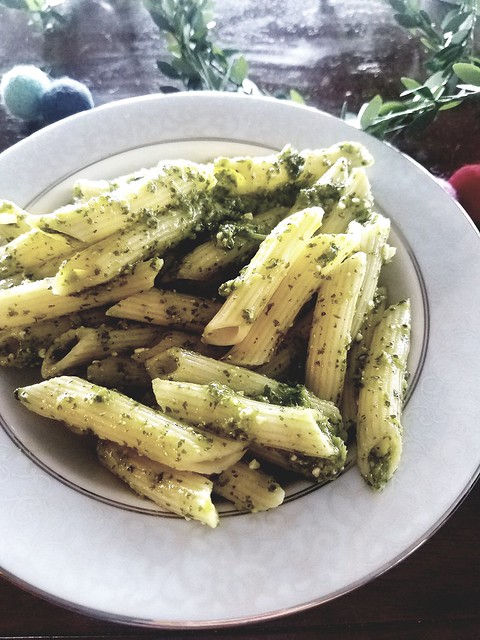 A couple of weeks ago, Thatbaby was telling Thatboy that the only thing missing from his holiday was snowman building.  He really wanted to build a snowman at Christmas, if not this year than next year.  Well, living in San Diego, building a snowman isn't really a possibility.  And Christmas-ing in San Francisco is likewise antithetical to his desires.

But we thought maybe we could sneak some snowman building in anyway.  Especially with reports of a huge winter storm making its way to us.  Here in San Diego that meant a full week of pouring rain in 40 degree weather, which usually means snow in higher altitudes.  So I booked us a cabin in Idyllwild and crossed my fingers for bad weather.

Unfortunately, despite the storm, and cold weather down here, it didn't actually get cold enough to snow in Idyllwild.  Undeterred we spent the first day walking around town a little bit and grabbing wood for our cabin's fireplace.  Y'all - I miss a fireplace! 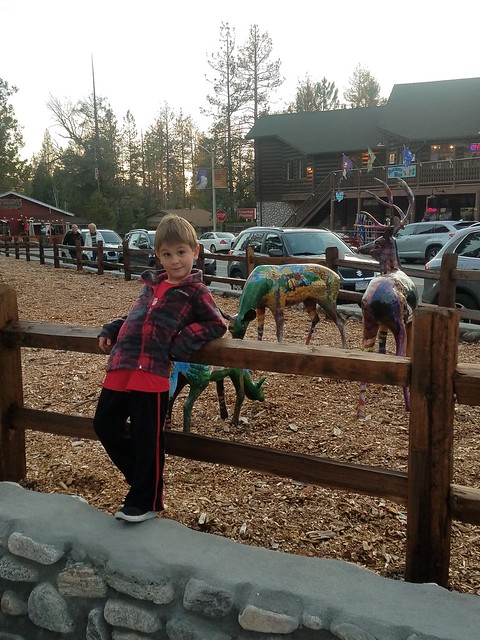 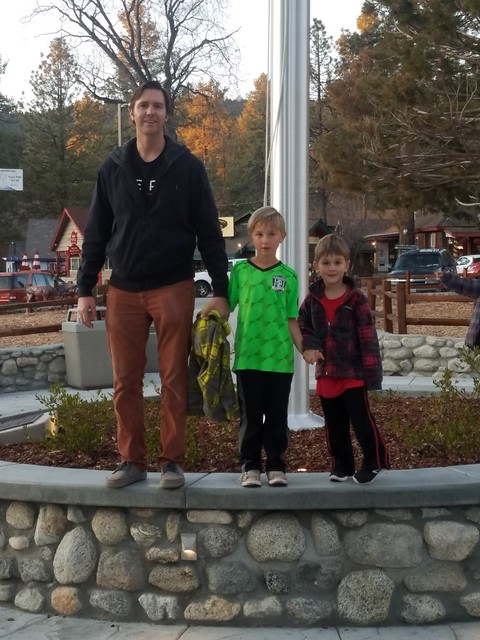 And then...the next day...we found snow! 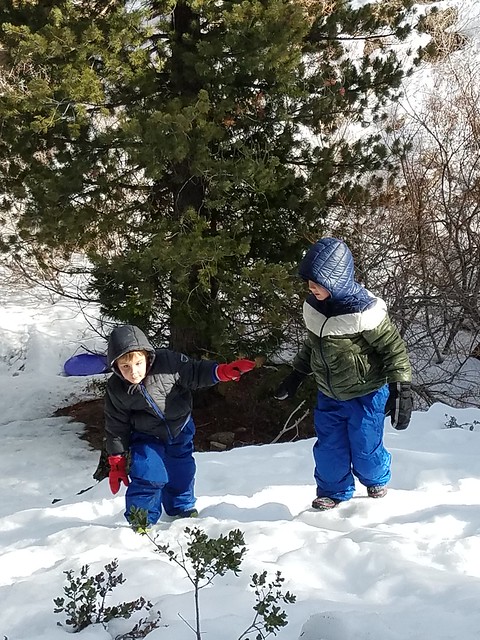 Just down the road a bit from where we were staying was a park that had leftover snow!  There wasn't a ton of it, and it was a little hard from melting and refreezing, but it was fine for our purposes! 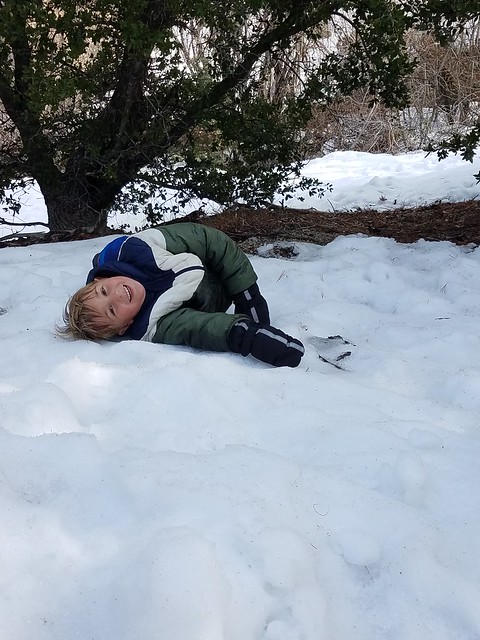 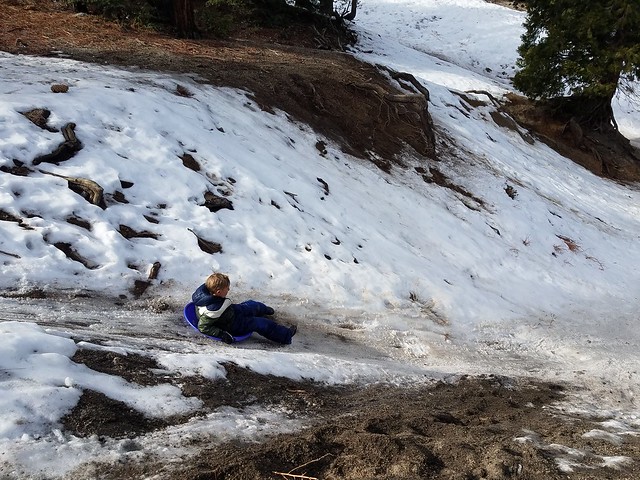 This was the first year our kids had actual snow pants, and Thatbaby quickly discovered they worked just as good as any old sled. 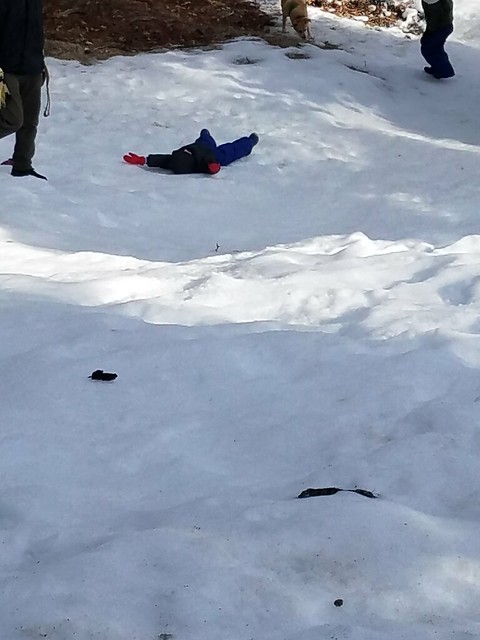 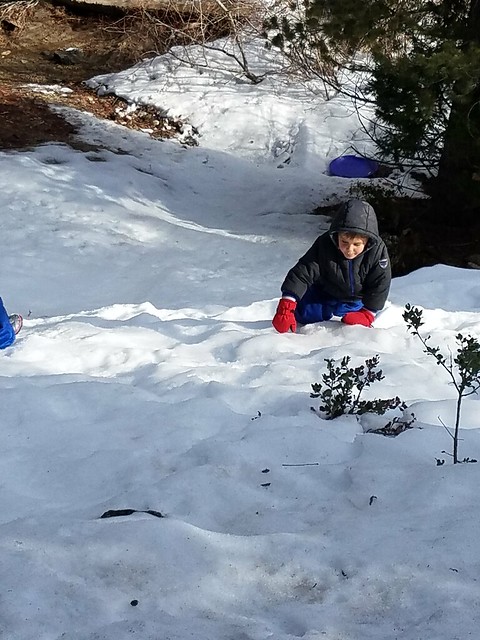 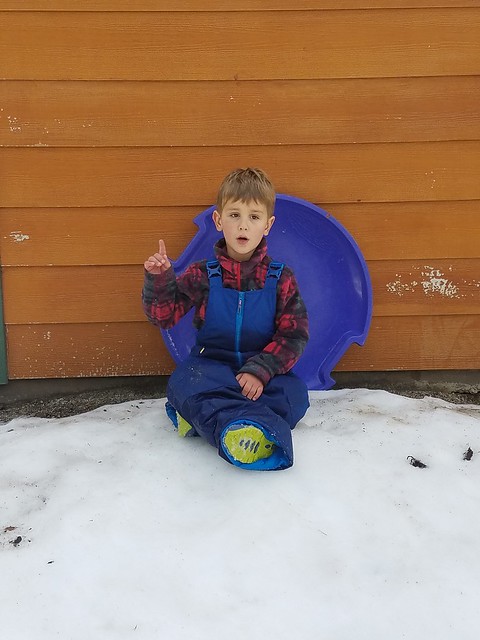 Even Thatboy got in on the sledding action. 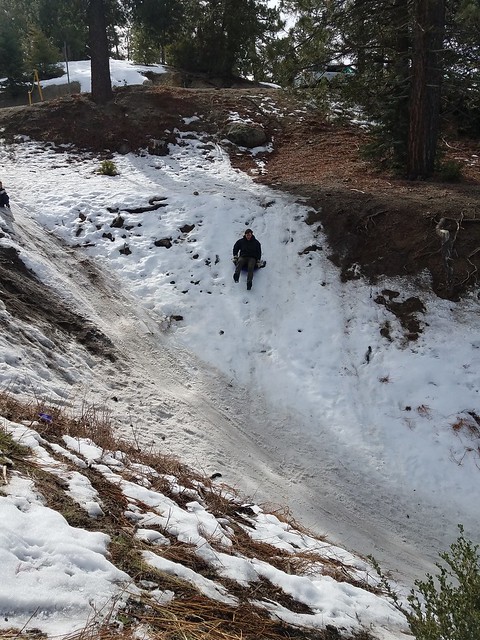 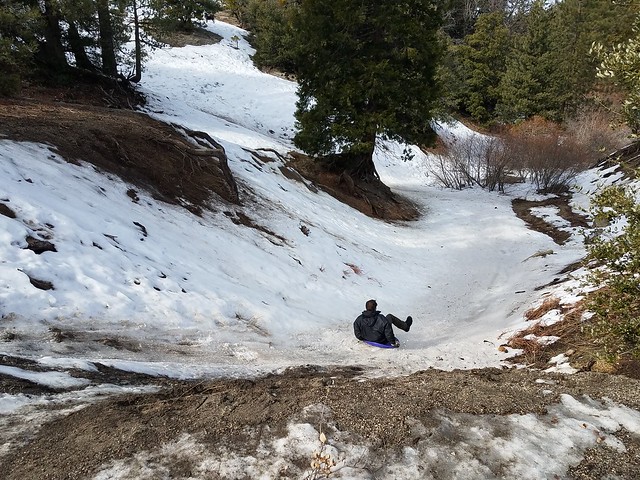 And yes friends, there was enough snow to build  a snowman. 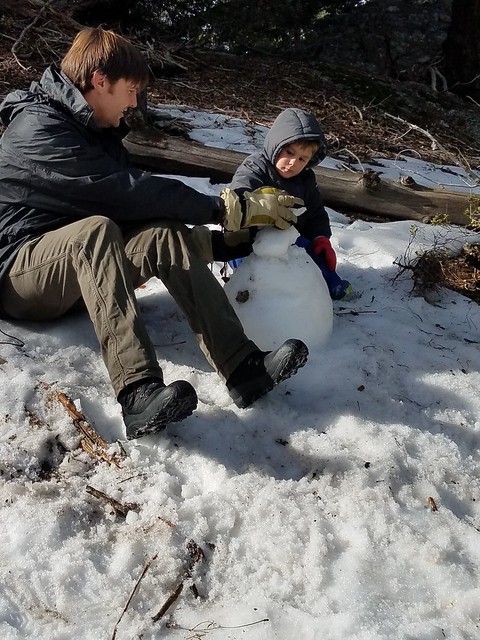 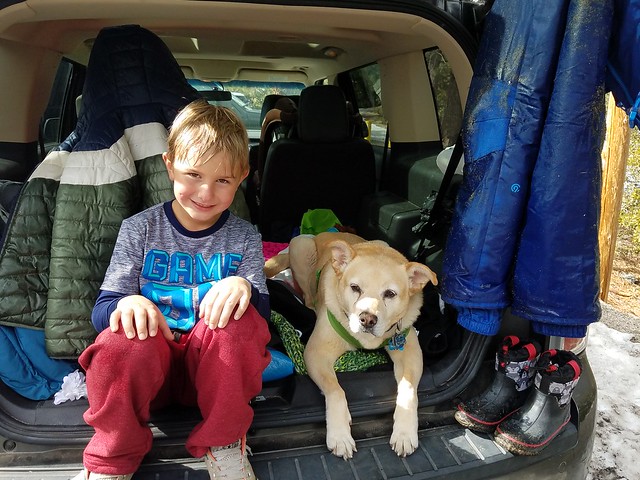 We spent the evenings with hot chocolate, in front of the fire, playing games and putting together puzzles. 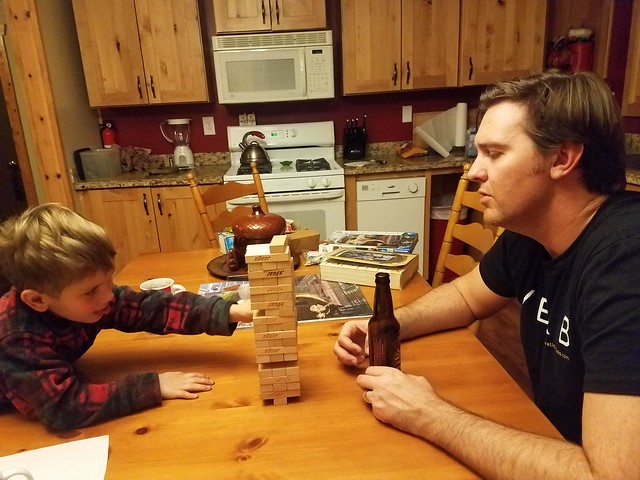 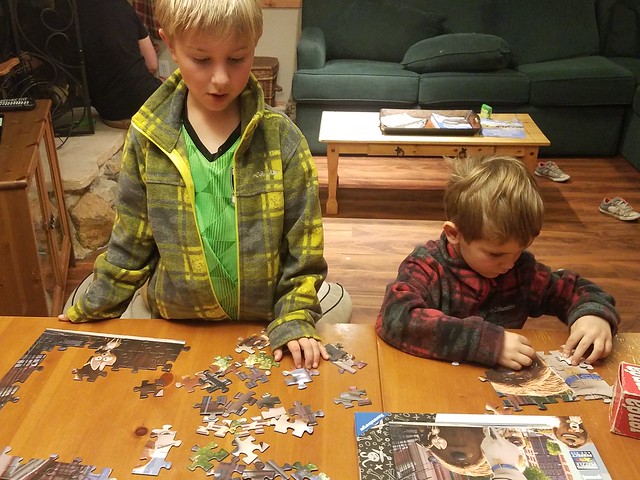 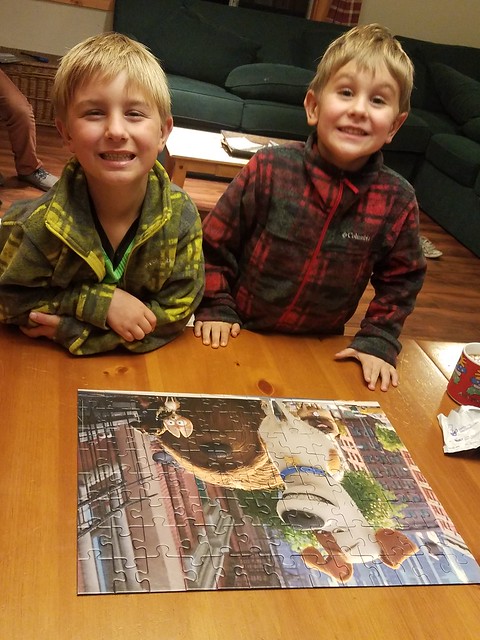 And of course, we explored the culinary scene in Idyllwild.  We visited some old favorites, but mostly we'd been gone long enough there was a whole new crop of places to try.  Bakeries with flakey, buttery pastries, breweries with one of the best sauces Thatboy has ever tasted, and an Italian restaurant with live music.  The Italian restaurant, Cafe Aroma, had a very unique dish on the menu I had to try - a jalapeno pesto.  It was rich, it was creamy, but I couldn't even taste the jalapeno.  I loved the idea though, so once we got home, I decided I was going to try and recreate it, but better.  I removed the cream, which makes the jalapeno less potent and we had a winner on our hands.  This could certainly be made in the classic style, with basil, but in keeping with the Southwestern theme of the jalapeno, I subbed in cilantro instead. 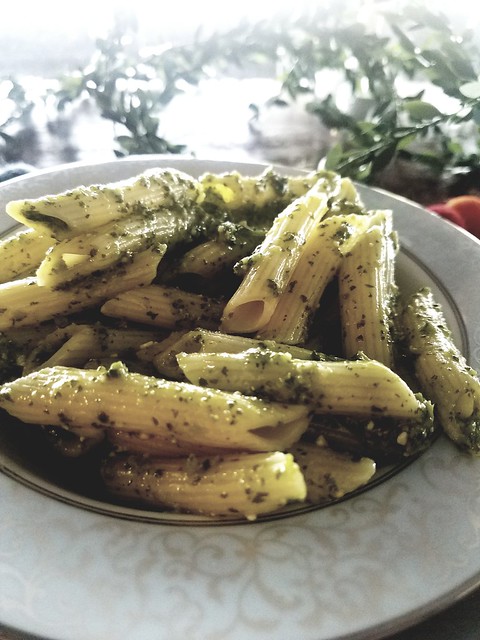 Penne with Jalapeno Pesto
1 lb penne, cooked according to the instructions on the box
2 cups cilantro leaves
1 jalapeno (use as many seeds as you wish for heat - the more seeds the spicier the dish will be)
2 garlic cloves
1/2 cup Parmesan cheese
juice of 1 lemon
1 tsp salt
1/2 cup canola oil
Posted by That Girl at 1:00 AM