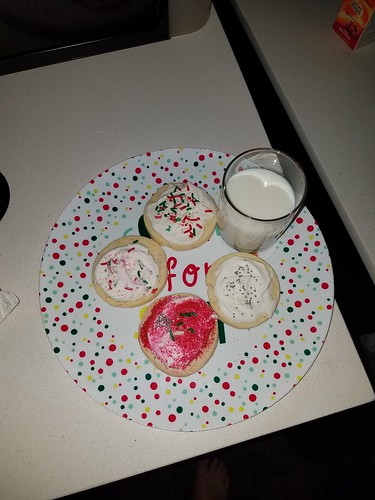 The theme of our holiday season this year was unintentionally gingerbread houses.

It started out innocently enough. I read about a local restaurant that had decorated themselves to look like a gingerbread house, and I thought dining there would be a nice way to kick off the Christmas season.

It was, as anticipated, adorable. I only wish we had gotten pictures during the day. Every inch was filled with candy touches. 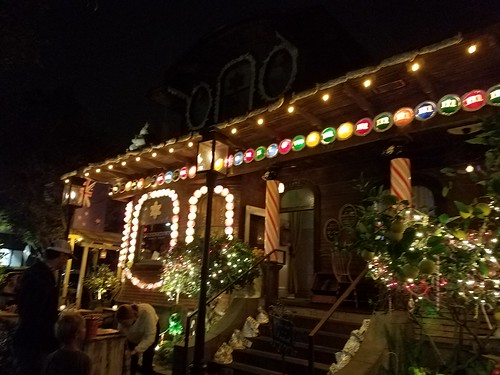 The same article that mentioned the restaurant, also informed me that there was a life size gingerbread house not too far from us. Shui if course we had to swing by and check it out. 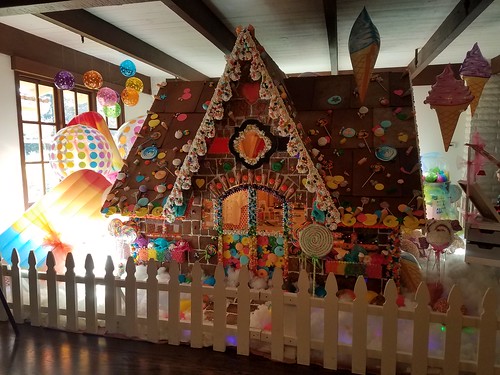 It was well worth the detour. I can't even begin to imagine the Tom's that went into constructing this candy coated fantasy. Even the interior was involved, giving us a peek into the candy kitchen. 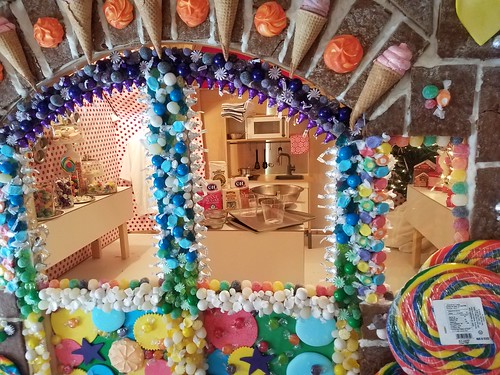 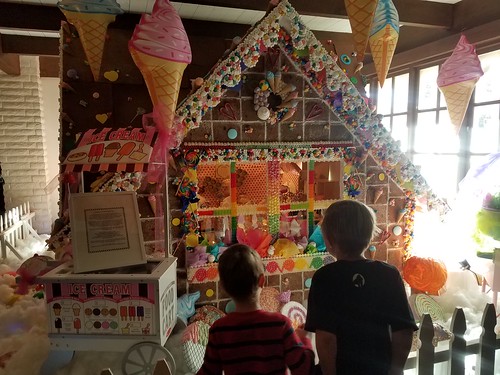 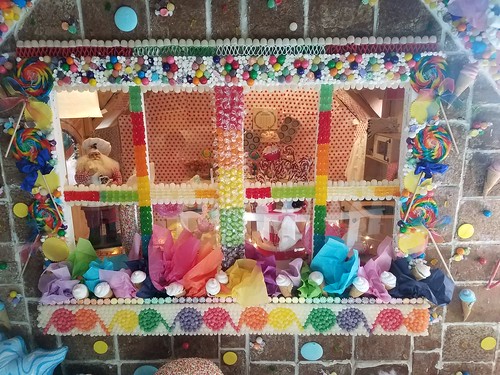 And of course, no Christmas would be complete without making our own gingerbread house. The boys had such a great time at the Halloween haunted house gingerbread workshop, that I signed them up for the classic Christmas one. 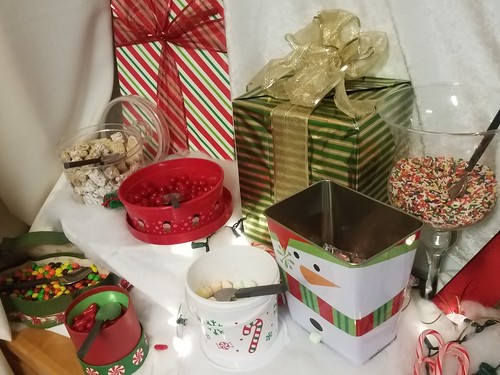 In truth, I was disappointed. The Christmas one was twice the price, and we were promised the candy selection was enormous. It wasn't. The Halloween selection was better, cuter, and way more creative. 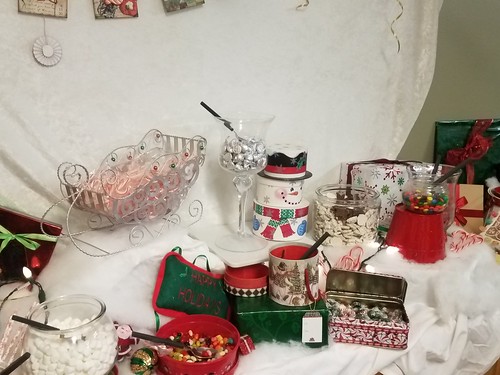 Even the royal icing and gingerbread we were given wasn't as good as what we used at Halloween. 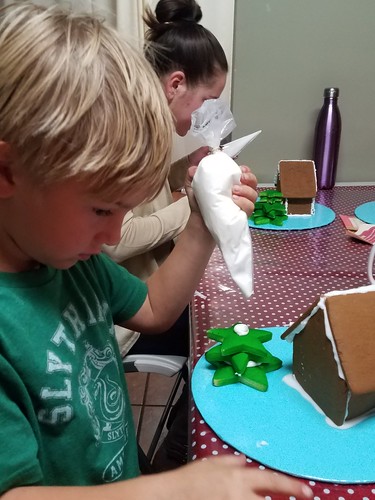 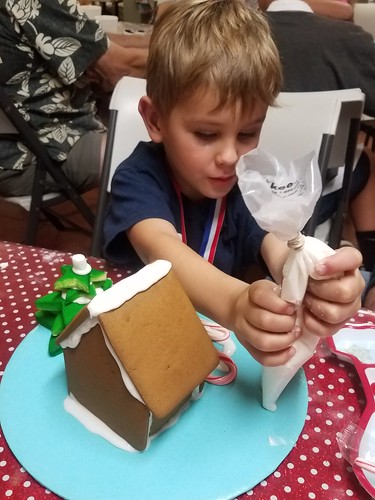 But the boys had fun, which is what really matters. 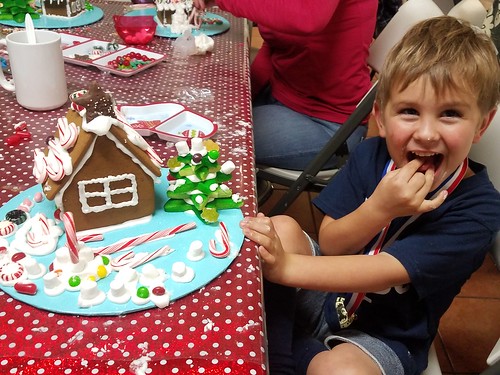 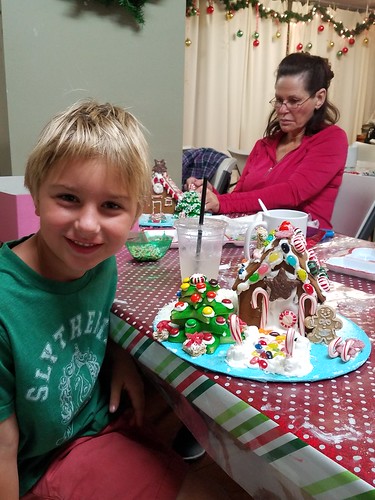 And Thatkid was able to use those skills to make gingerbread houses with his classmates in school last week. The candy selection there put the workshop to shame! 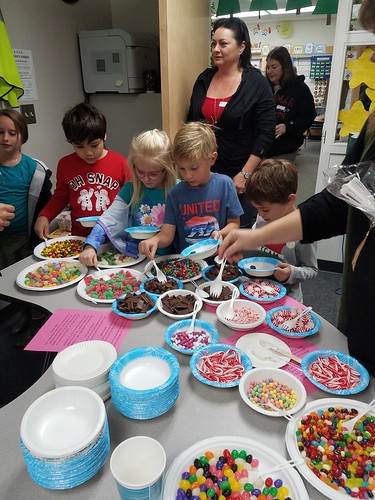 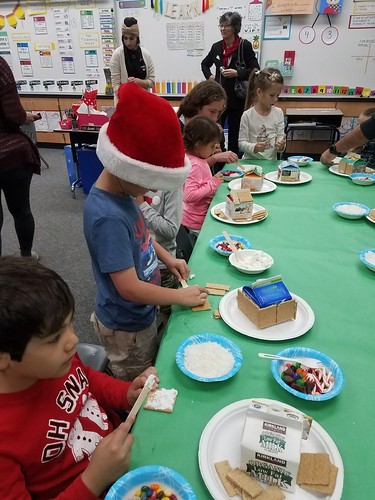 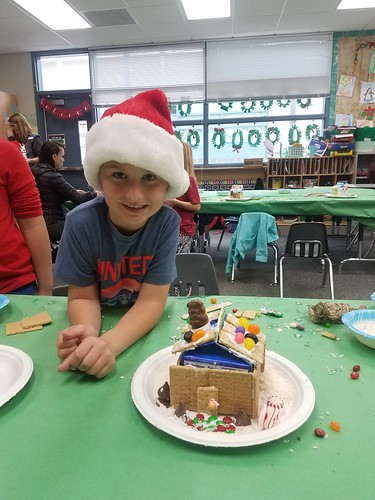 Both boys used those decorating skills they picked up in making their cookies for Santa this year. Rather than your typical sugar chunks, I jumped at the idea of the Food Network Magazine's white chocolate addition. Topped with royal icing, which the boys are now experts at using, these were a delicious update. 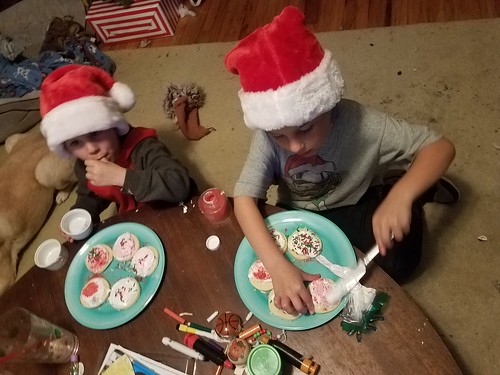 The boys each got a plate to decorate for themselves and Santa, while I took care of the ones going to our neighbors. I guess you could say we had a very sweet holiday! 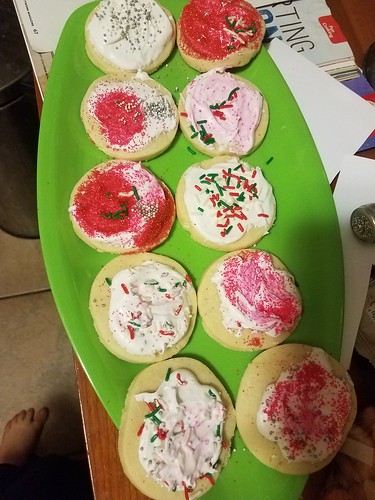