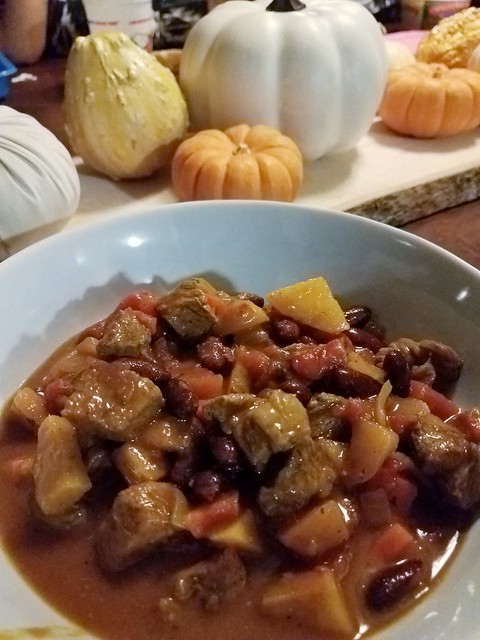 Thatboy has been complaining for months that we never get out to Palm Springs anymore.  We used to go several times a year but it has been a while.  So for his birthday, I booked us a weekend in Rancho Mirage - right between Palm Springs and Palm Desert.

We've been having a fair amount of rain lately, but the skies were clear last weekend.  And that rain, meant the mountaintops were dusted with snow. 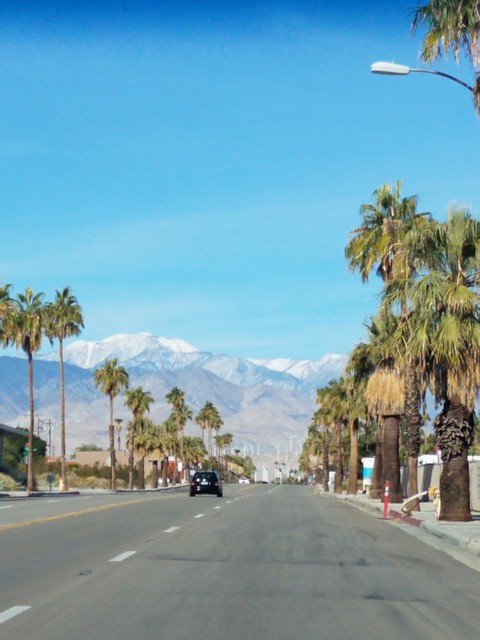 Our hotel had its own fun surprises.  The boys took advantage of the hotel pool and water slide.  There were also tortoises and giant...desert hares?  Big big rabbits. 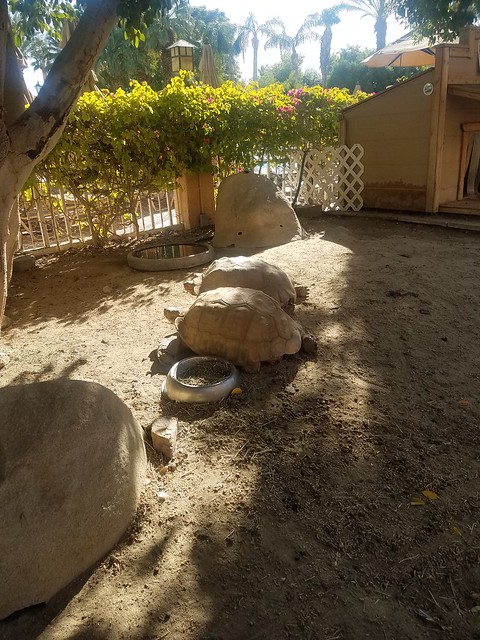 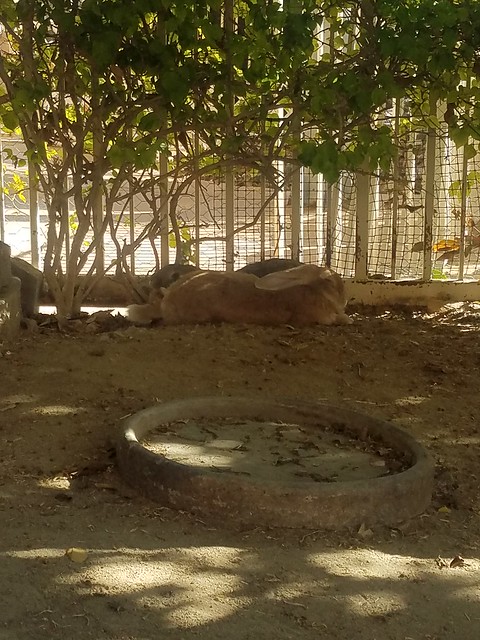 We didn't have any big plans for the weekend, we really just spent the time walking around and hanging out. 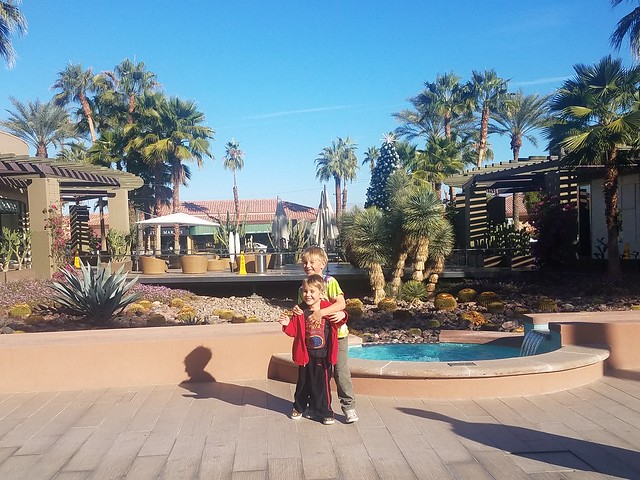 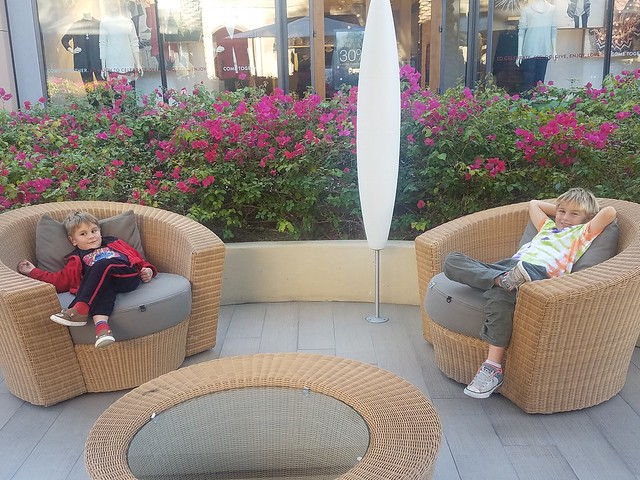 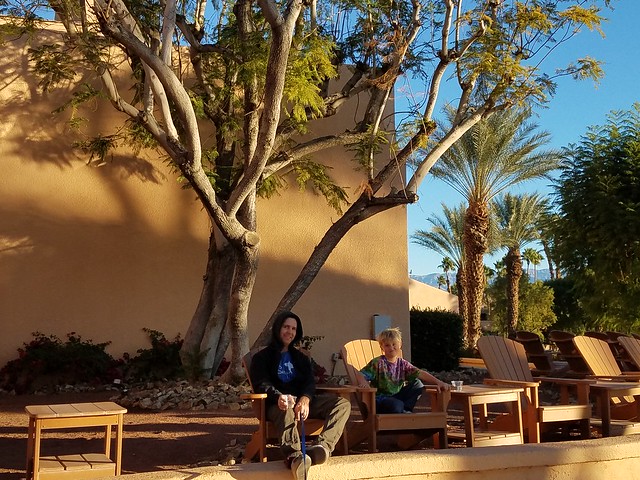 I love traveling during the holidays and seeing towns all "dressed up."   There were even photo ops on the street. 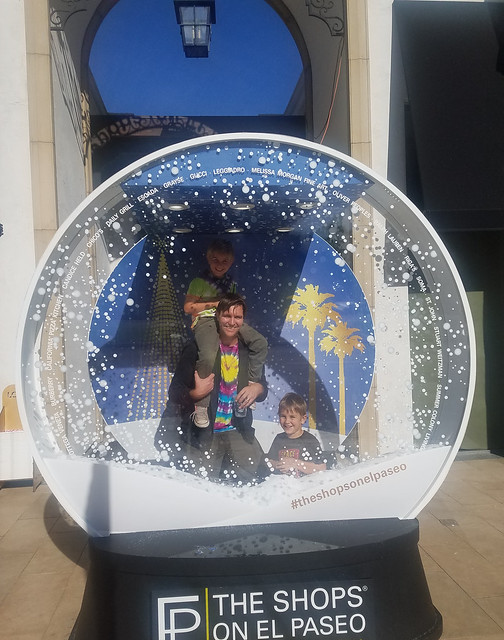 We missed our town's annual tree lighting, but we were in town for the Palm Springs Festival of Light parade.  We got to the parade route early enough to stake a claim on some prime curb real estate, and ate our dinner al fresco. 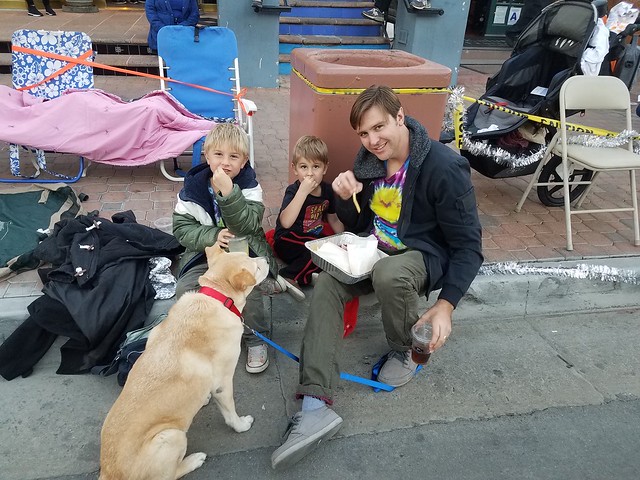 Once the sun set, the parade began. 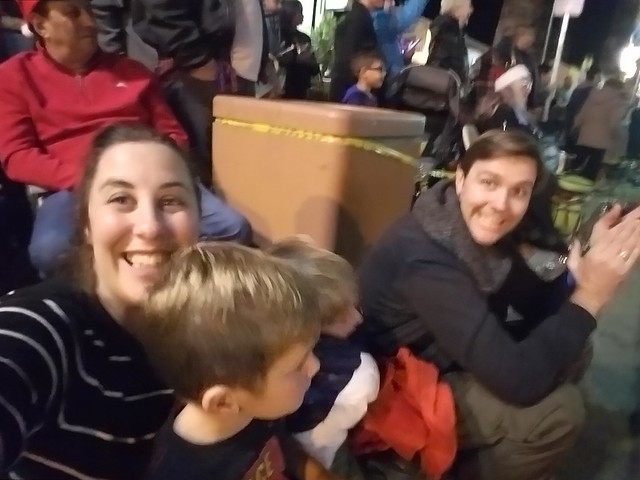 Garfield was the Grand Marshall for the parade, and Thatbaby got a big kick out of waving and screaming to him. 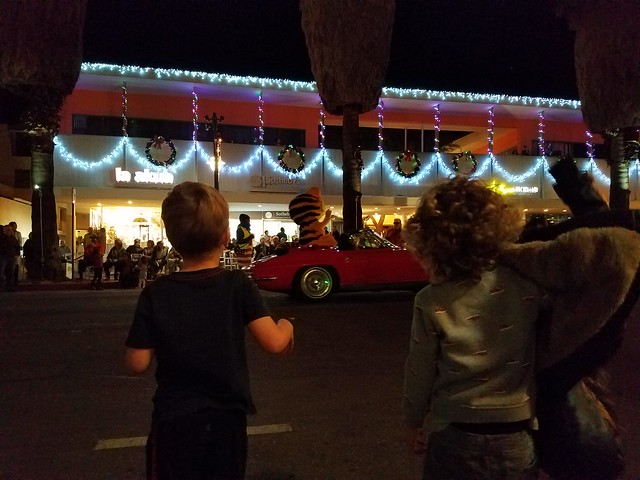 The parade is a Festival of Light parade, so there are lights.  Lots of lights.  Even the marching bands had lights on their instruments. 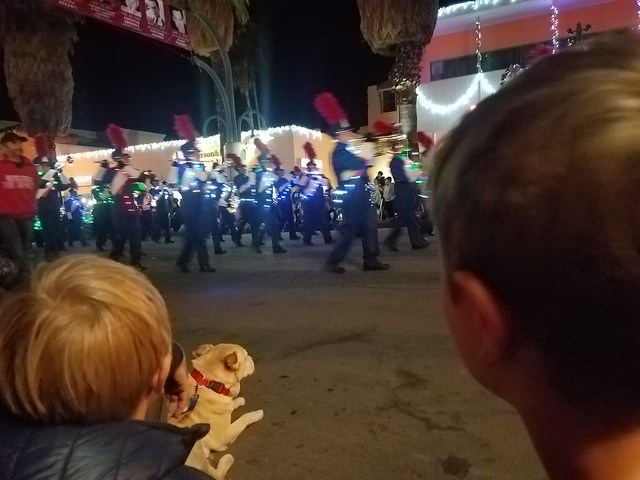 And the dancers had lights on their clothes. 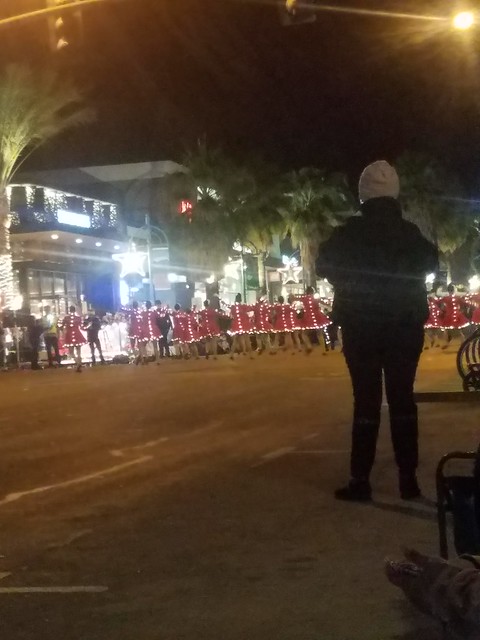 But the main draw were the floats and vehicles that were just covered in lights. 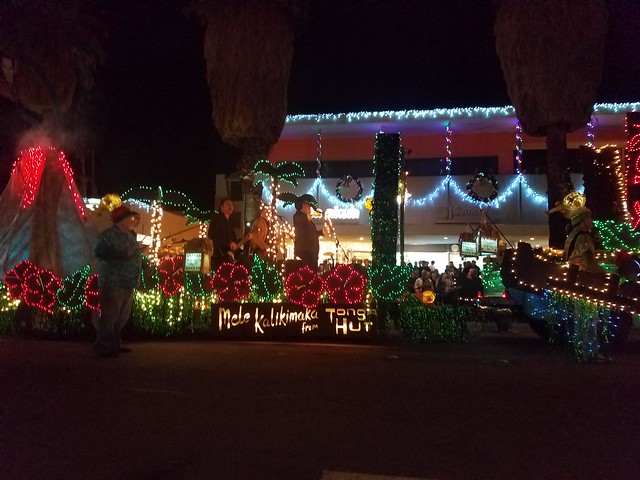 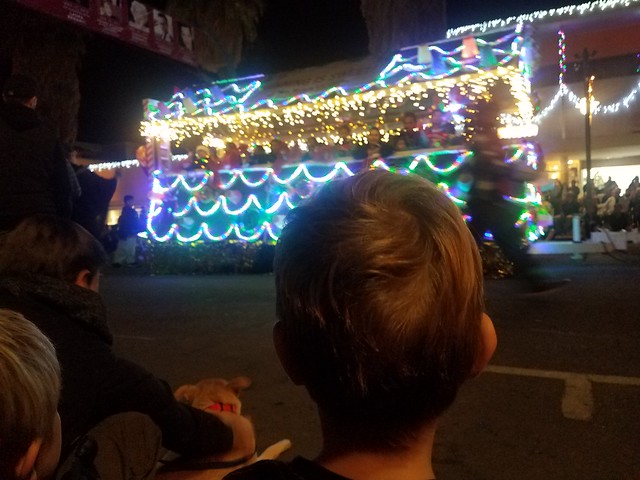 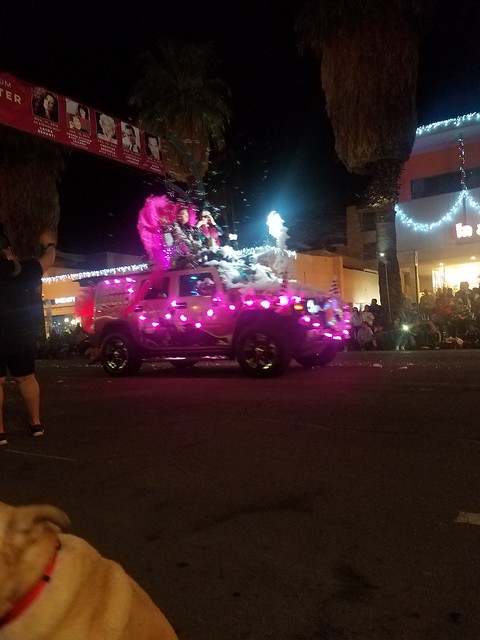 Like all the best parades, there were also giant balloons. 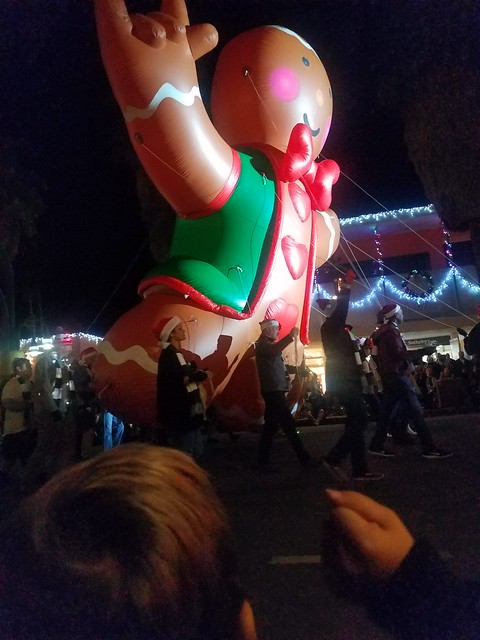 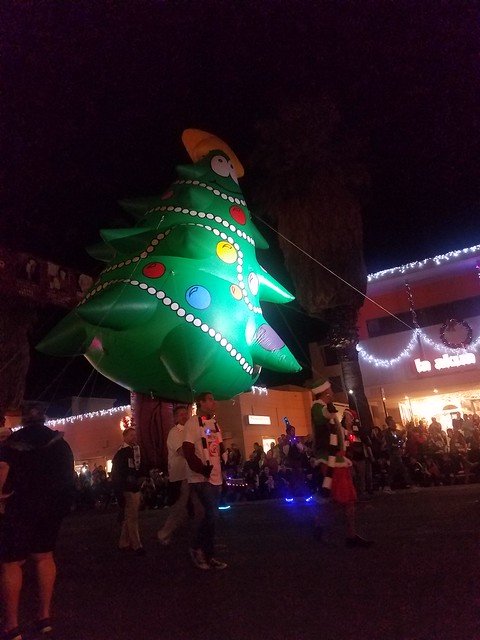 And fire engines, both old and new. 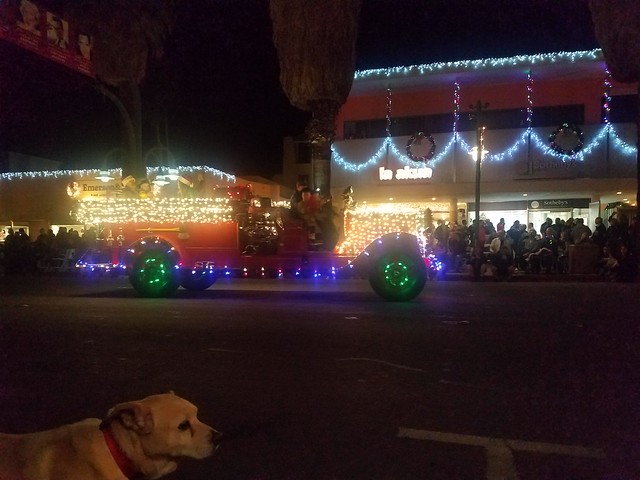 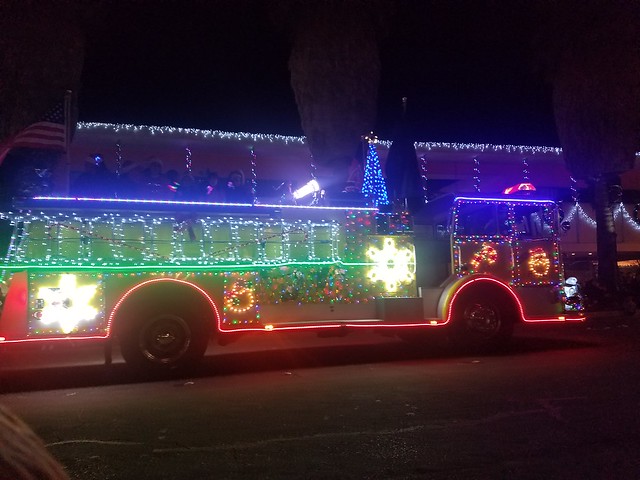 Along with other interesting vehicles wrapped in lights. 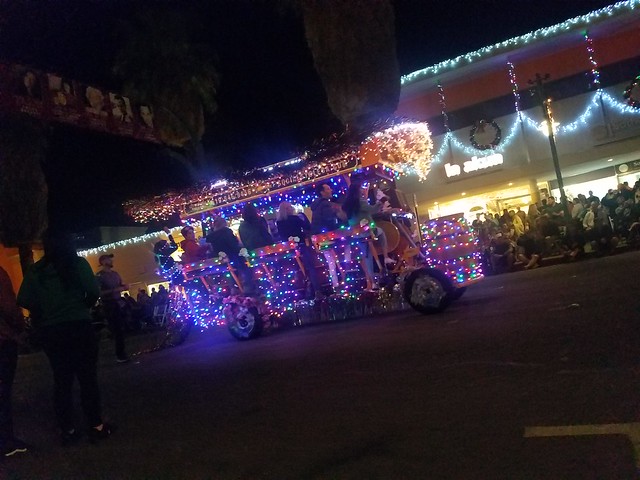 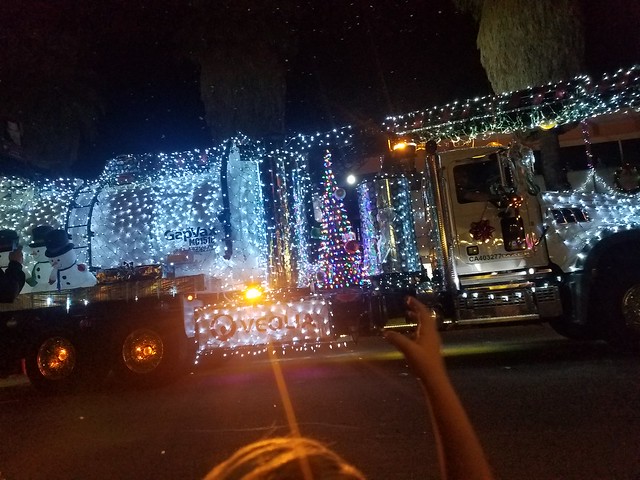 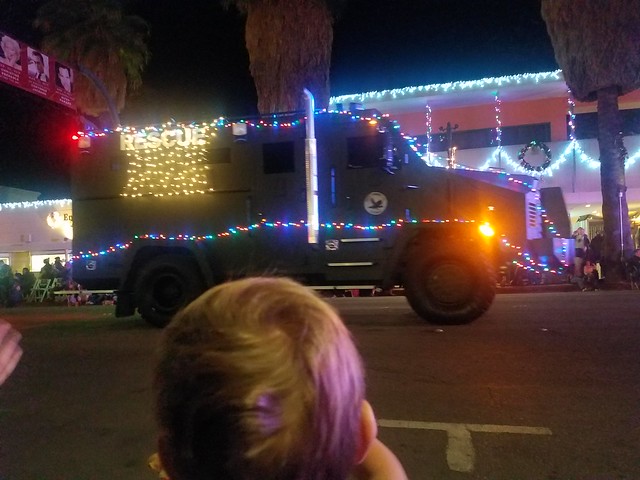 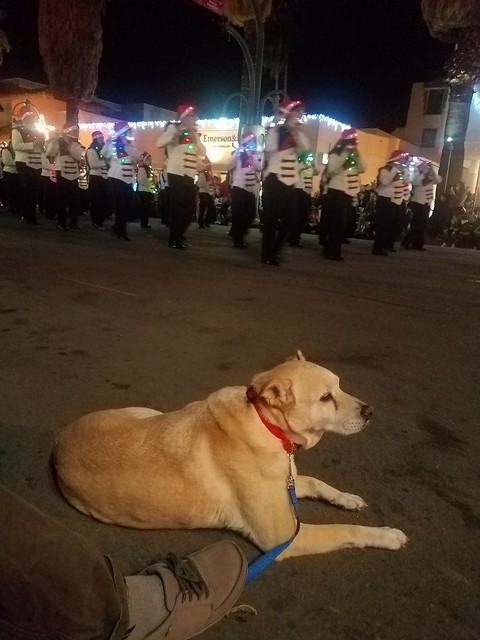 The parade ended with a visit from the big guy himself - Santa! 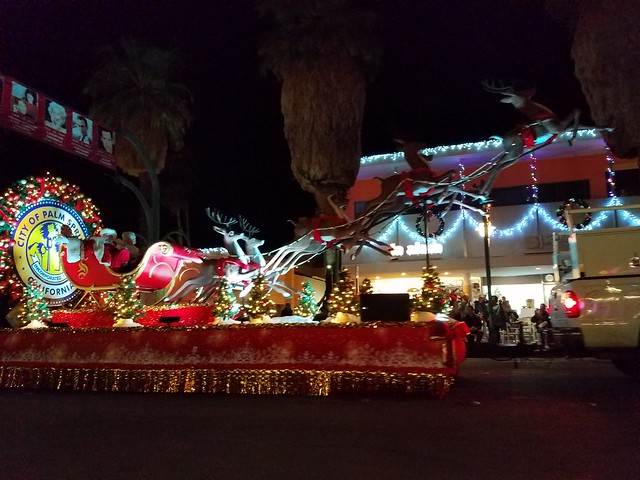 The kids had a great vacation.  Thatkid even asked if he could get something to remember it by.  Which is about the cutest way to ask for things there is.  And he was really serious.  We ended up in a spice store where he picked out special sugar for making cookies, and a new spice mix for his "house famous" taquitos that end up on our menu week after week.

Kid takes after me.  I also get a little giddy over spices.  Like when Raw Spice Bar sent me these two spices to try out. 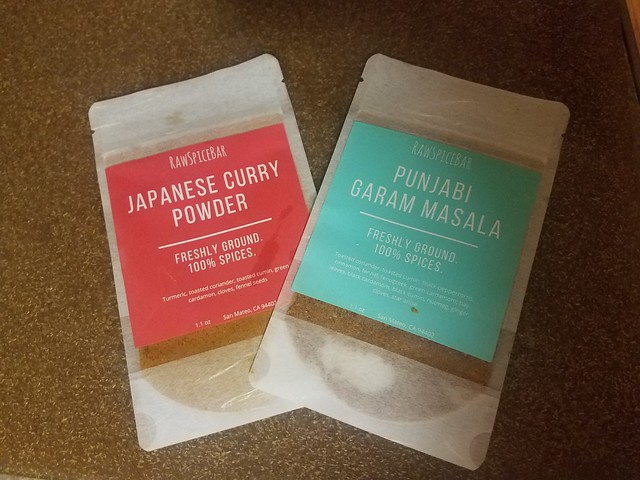 I'm already quite familiar with Garam Masala, and I used it to create an Indian cashew chicken. 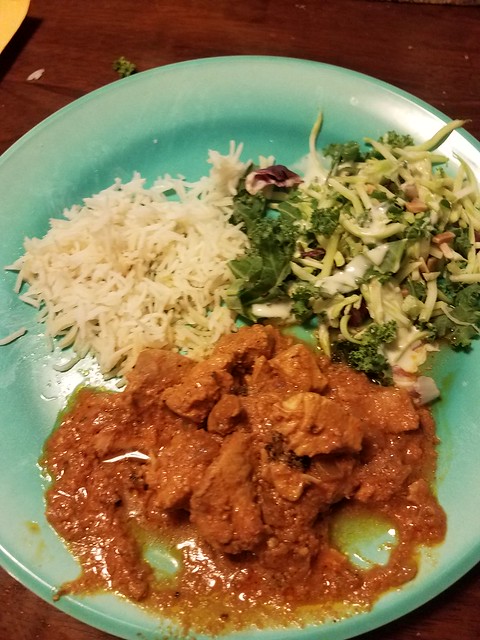 But the Japanese curry powder was new to me.  And intriguing.  The only recipes I could find which used it were all Japanese curry - a sweet stew style dish served over rice.  The sweet, stew-y nature seemed like it would lend itself pretty readily to a chili.  A warm, thick, fall chili with sweet apples, sirloin, and potatoes.  The addition of tomatoes and kidney bean is not the traditional way of serving Japanese curry, but made for a really nice hybrid. 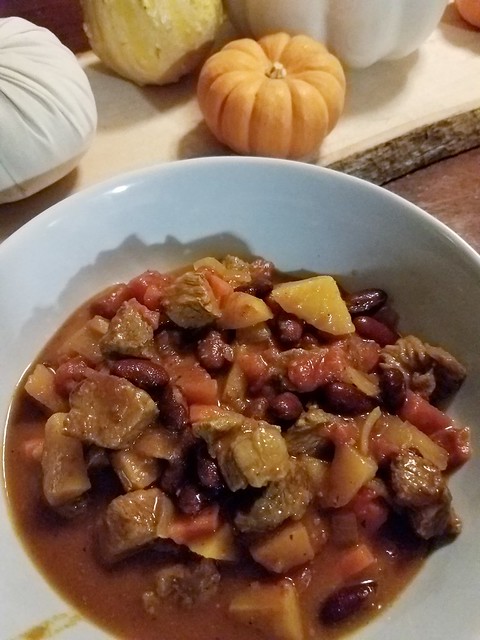