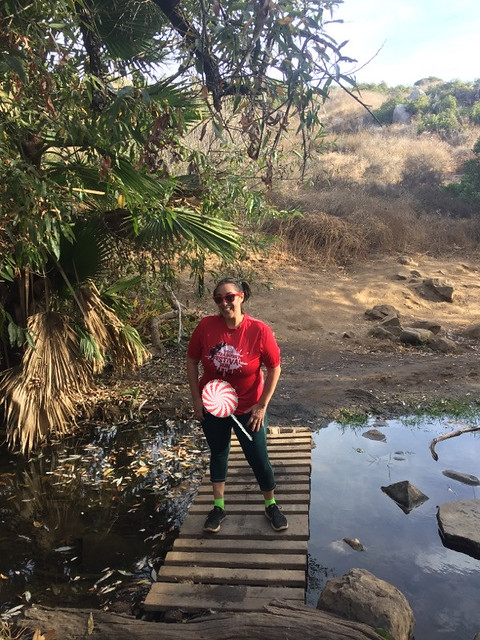 The other night, Thatboy and I were in an argument.  During the argument I pointed out that he lacked self awareness, which is not a problem I have.  I am well aware of my flaws.  One of them being that I have a hard time saying no.

So last Saturday night when SDMom texted me to join her for the Del Dios 10k the next morning,  it should surprise no-one that I said yes. Now in my defense, I looked for any easy way out.  Maybe it was too early in the morning? It wasn't.  Maybe it was too far away? It wasn't.  So Sunday morning I found myself on a windy road canopied by trees, heading down to Lake Hodges.

I met up with SDMom, who informed me that she doesn't run anymore, so we would be hiking.  I rolled my eyes at her proclaiming, because I believe her as far as I could throw her, and I have no upper body strength.

But I fully support her slowing down, given that she runs more half marathons in a year than I may have run total. So instead of running, we turned this trail race into a hike.  It gave us some fantastic 1 on 1 time to trade stories and updates.  And even though we were walking, the time went way too fast.

As for the course itself,  it was hot and very exposed.  Which wasn't a huge a problem. The huge problem was the wind.  You may have heard about the fires tearing across southern California.  Well,  the reason they have been so out of control is in part due to ridiculously strong and violent winds.  During the race the wind kicked up an insane amount of dust. We were basically running through a dust storm!

The race amenities were great though. Trail races are known for this, and this was no different. Beer, water,  Propel, pancakes, committees, red vines, popcorn - if you were hungry or thirsty, there was something there for you.

So while I wasn't intending on participating in a 10k trail race,  it turned out to be a great way to start the week. 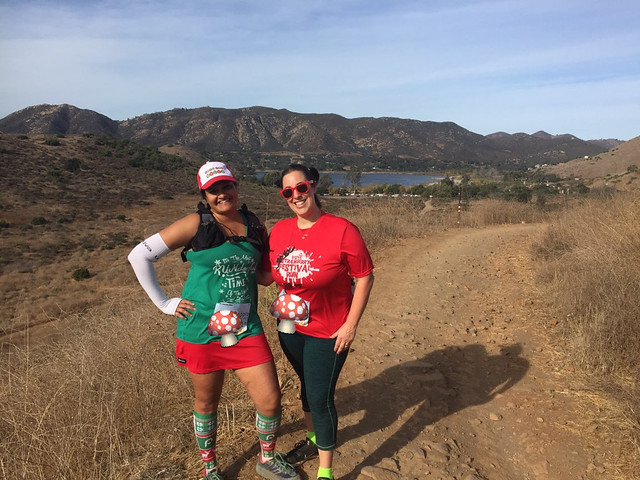