This year Thatkid has been requesting a lot of races.  One of those races was the turkey trot he did last year.

The great thing about this turkey trot is that it has kids races,  divided by age.  Which means I didn't have to drag him through 5 miles.  Since there was a separate division for 2 and under I signed Thatbaby up to run too - his first actual race he would run himself!

We arrived early,  and it's a good thing we did,  because the race was much more crowded than last year with lines backed up trying to get in the parking lot.  The nice thing about doing a race near where we would spend Thanksgiving is that we missed all traffic getting there.

All the trouble getting in,  and the extra crowds meant that many of the racers started late,  which meant there were too many on the course to start the kids races on time.

We kept the kids occupied as best we could with the photo booth,  but even that lost its Allie and they got antsy. 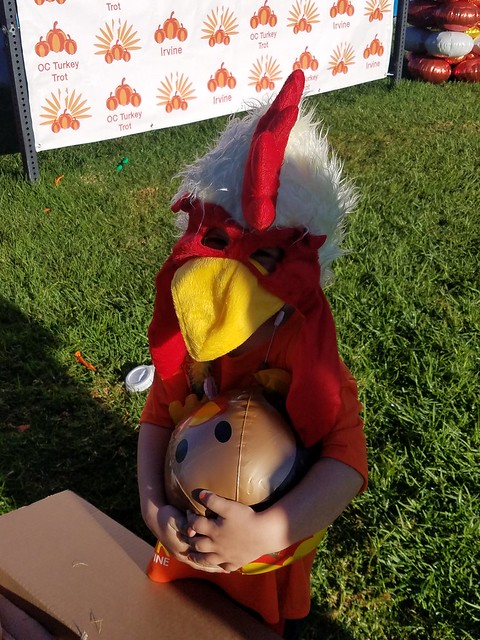 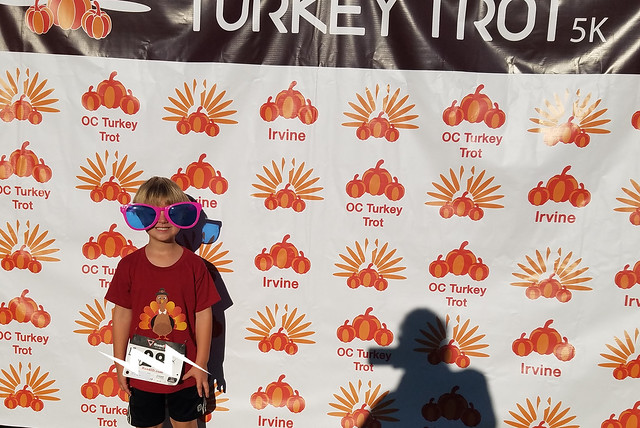 Finally it was time to line up.  Except the divisions were totally different than what we registered for. Instead of 2 and under , Thatbaby was placed with the 2-4 year olds.  Which made him very overwhelmed and he turned to me and said "mama you run with me?"  And so I did. 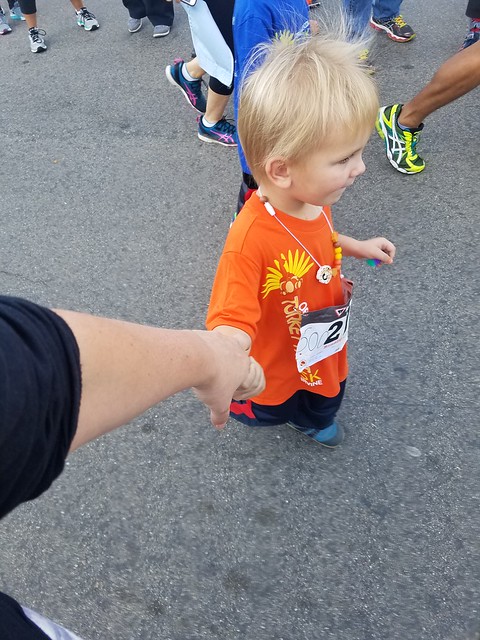 When he finished, we hurried over to see Thatkid off as he started his race. 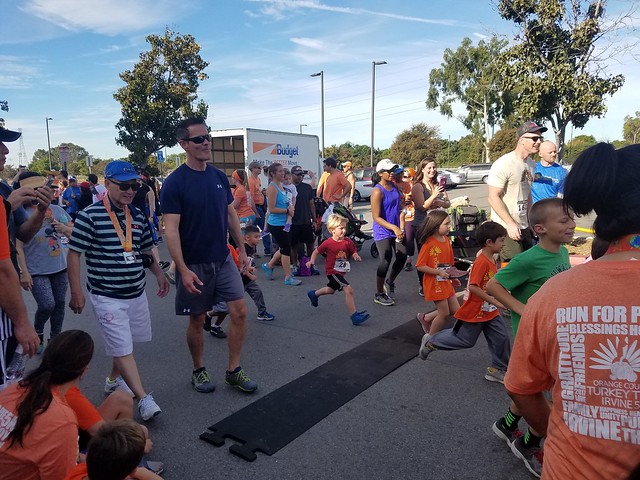 Success for both my little turkey trotters. 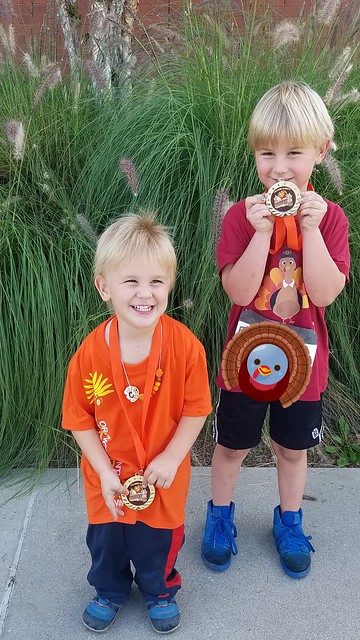 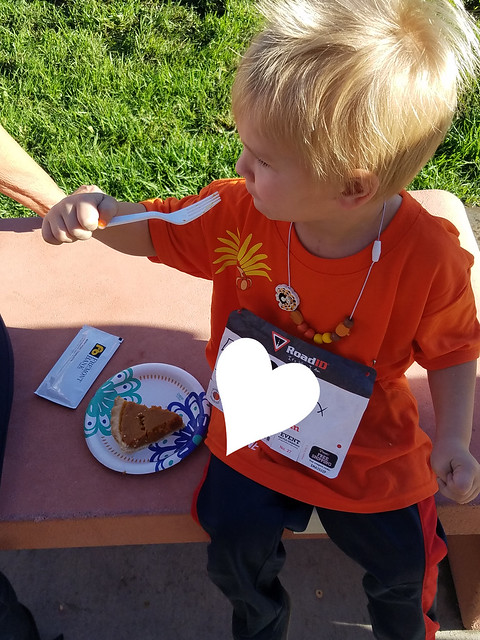