I can't really blame him.  Seeing your mom get all dressed up with face tattoos is a surefire way to pique interest.  A super cool skull medal doesn't hurt either.

So I signed him up.

And the morning of the race, I painted his face so he would fit in. 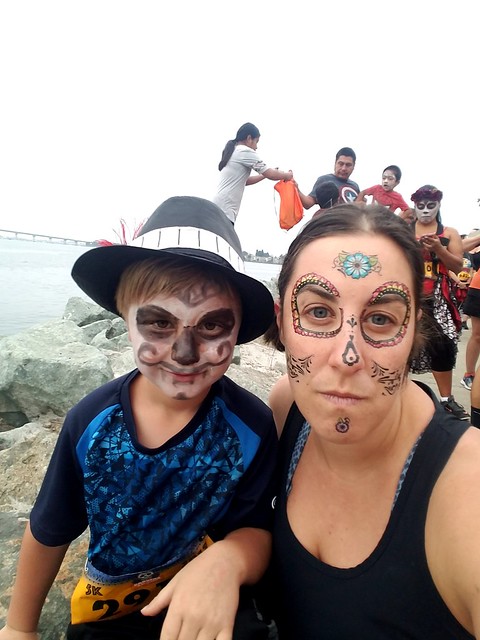 My reviews on the race had also piqued the interest of some of my friends.  We met up before the race for a quick picture, before splitting up once the race starts.  Because in general, you run faster when you're not running with a six year old.

There were giant stilt skeletons entertaining the crowds.  And the lady one saw us all off at the start line.  Along with the mariachi band. 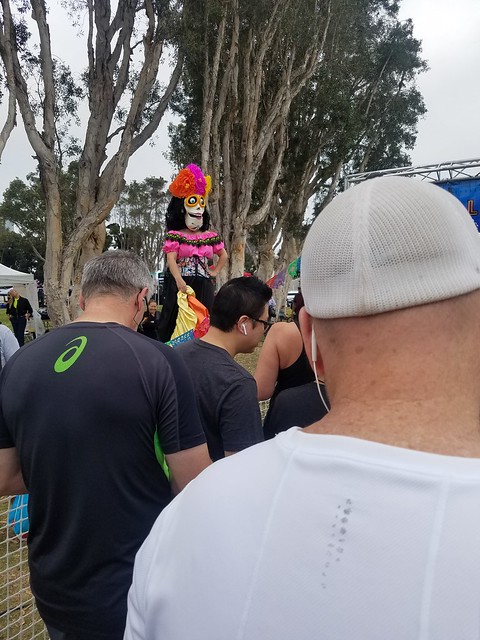 Her partner in crime was further along the route. 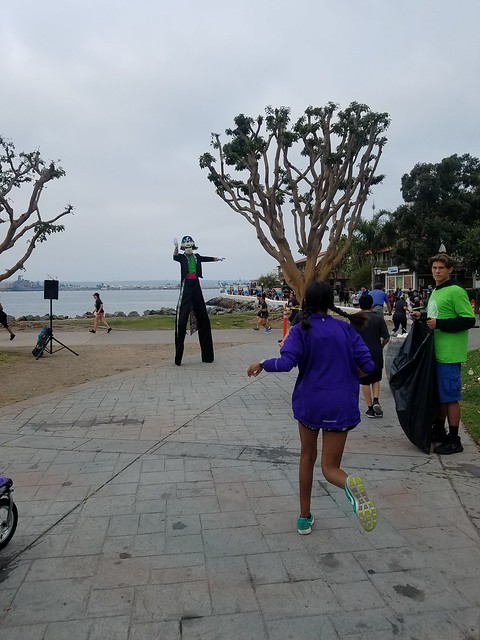 I want to reiterate that Thatkid asked to run this race, because you would never guess it from his constant complaining during the race.  It wasn't long before he had shed his hat and his cheerful, excited attitude. 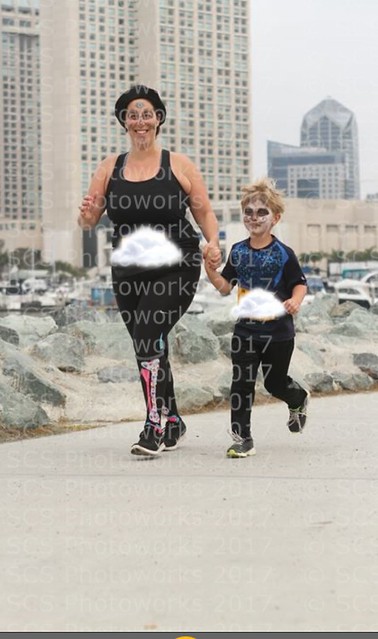 The gorgeous views of the boats and bay, and the fun dancers and music didn't even distract him from his hunger, fatigue and legs that were going to fall off. 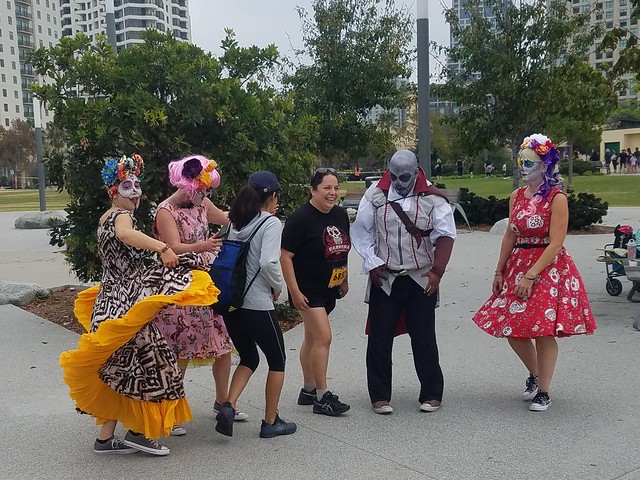 We walked for most of the 5k. 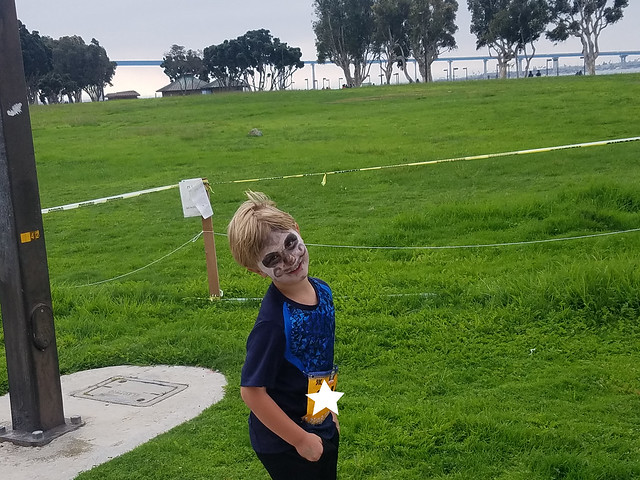 Until we got close to the finish, when I gave him the cue to run run run. 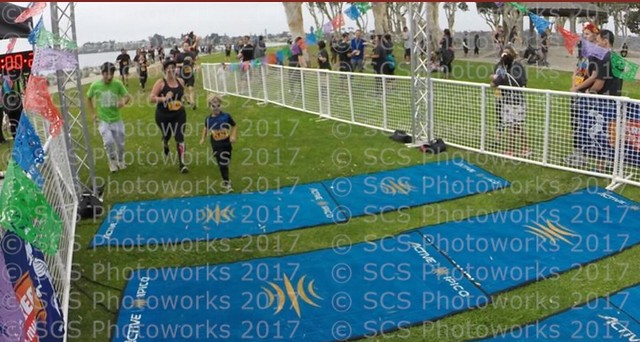 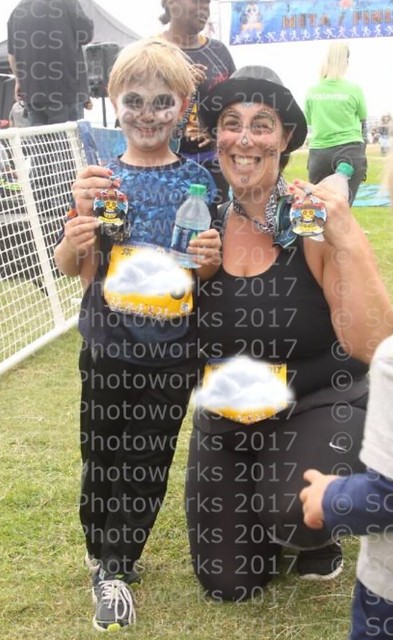 And while we were running Thatboy had taken Thatbaby to get some face painting of his own. 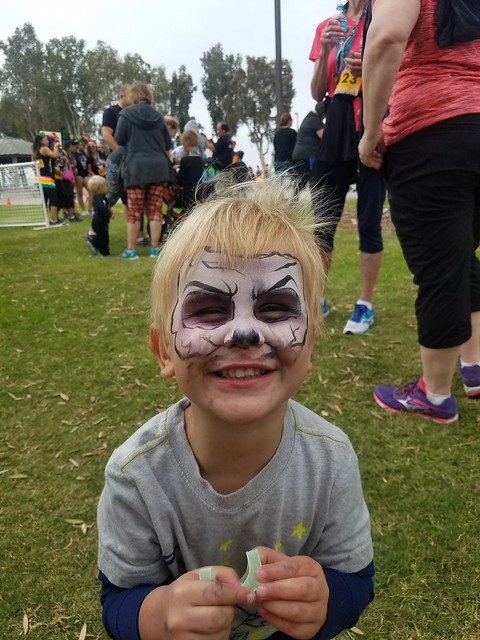 He met us at the finish and snuck into our picture. 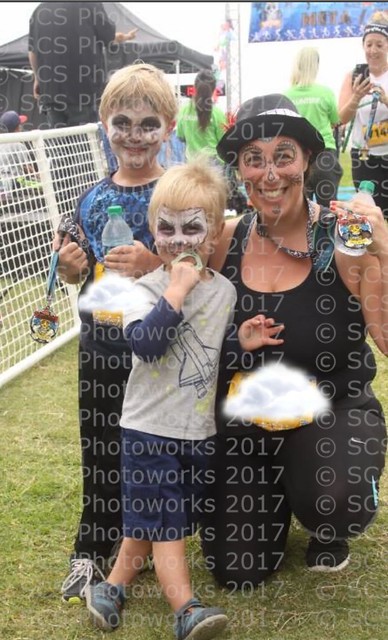 The more the merrier, right? 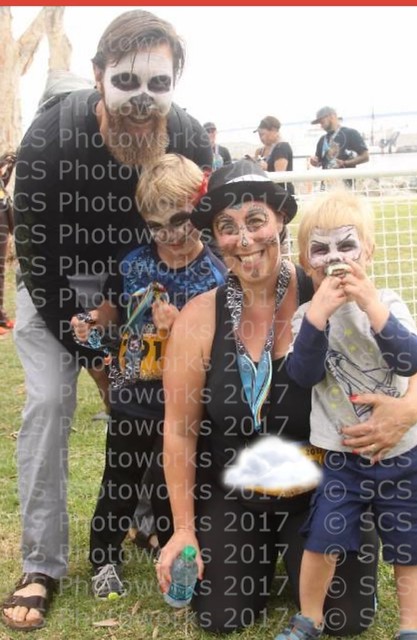 The whole family reunited, we went to listen to the band and watch the dancers. 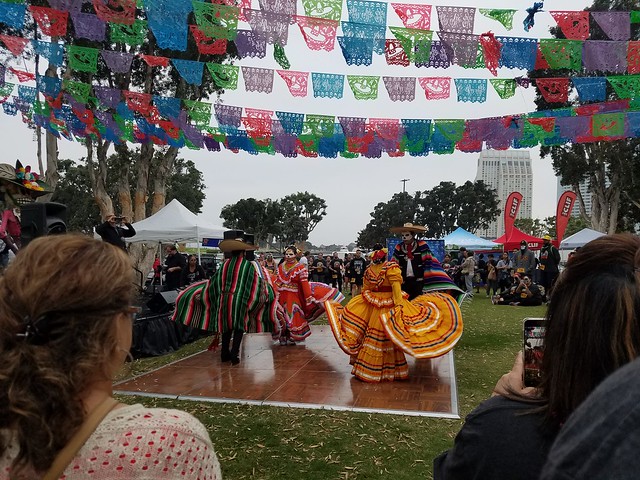 It wasn't long before the band had the whole crowd on its feet. 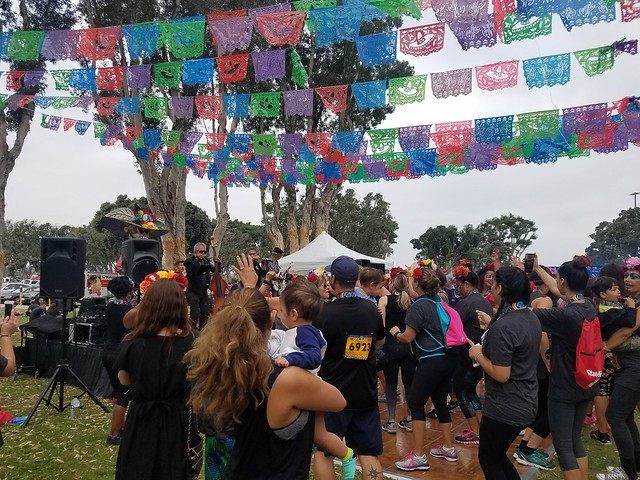 With a last goodbye to our skeleton friends, we were on our way. 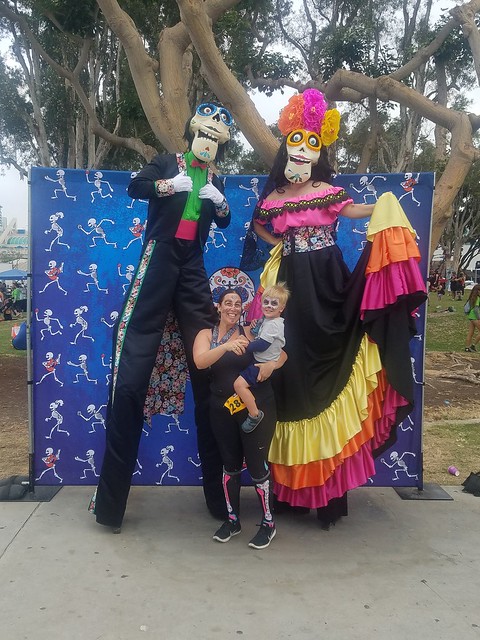 Thatkid is so hit or miss with his 5ks. Some days he runs the whole thing happily, other times it's nothing but complaints.  But no matter if your mini-runner is happy or whiny, this is a good course for them.  It
s flat, and despite what Thatkid will tell you, it's nice and easy. There are beautiful views and things for the whole family to enjoy.

And of course, there's the kickass medal. 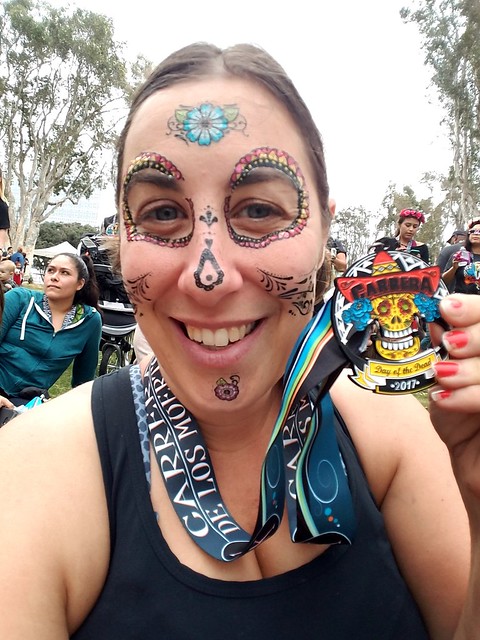