After last year when my main goal was to have a baby and run again, I'm keeping this year fairly low key in terms of my running resolutions.  No big goals.  No unrealistic expectations.  This year is all about running more and getting back into my groove.

Between work and the kids, I really have neglected my running time.  Which is my "me time."  Which is such a necessity in my mental health and well being.  So this year is all about running more, and running for fun.

With that in mind, my "goal" for this year is to run all the holiday races.  Just fun little races I can have a good time doing. Well that and to come pick up the pace a little with my half marathon time.  So here's my races planned for 2016:

So in that vein, and speaking of resolutions, let's talk about how I'm doing so far.  I mean, it is already 3 weeks in!  So far I've done great, knocking 2 of those races right off the list.

The first race I didn't even want to run.  I actually was going to run a different New Year's race because I dislike running at Mission Bay THAT much.  But NeighborRunner was going to be doing the Resolution Run, and I do enjoy having company at races.  So I sucked it up and signed up.

Let's start with how well everything started out.  NeighborRunner and I have terrible luck with races we run together.  It started with the Aloha Run, when my alarm didn't go off and I was terribly late in picking her up and we had to race to the start line.  Then came the Fit Foodie 5k when her alarm didn't go off, and she didn't make it to the race at all.

But new year and all that, 2016 is off to a good start, because both of our alarms went off, and we got to the race with time to pick up our bibs, make a bathroom stop, and wander leisurely to the startline.

The race made its own successful resolution - a new course!  Guys, I am so excited about this, because this opens up the world to me.  I have 4 races planned for Mission Bay in 2016, and now I actually like the course!  A lot of people hate running Fiesta Island, because there is no shade and it's a little boring.  But I love not having to dodge people out for a leisurely stroll, or try to find the course. 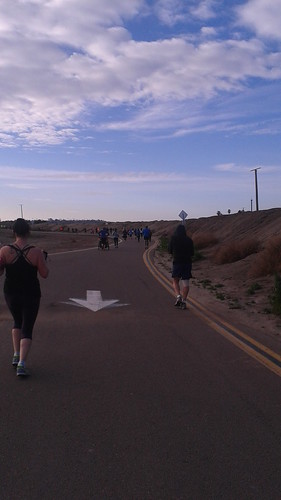 Which means I can actually appreciate the beautiful views of Mission Bay. 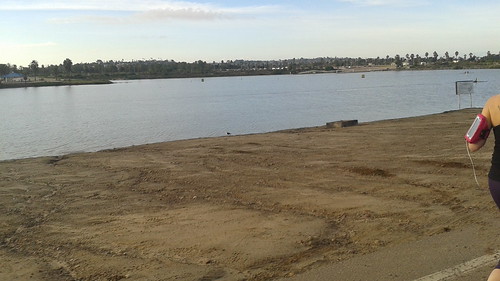 My only gripe about the race, is that it was too long!  NeighborRunner (who is much faster than I) and I both had the same problem.  We both reached 3 miles, at our goal pace, and realized the finish line was not in sight.  Which is a little unusual at a 5k when the finish line should be 1/10 of a mile in front of us. 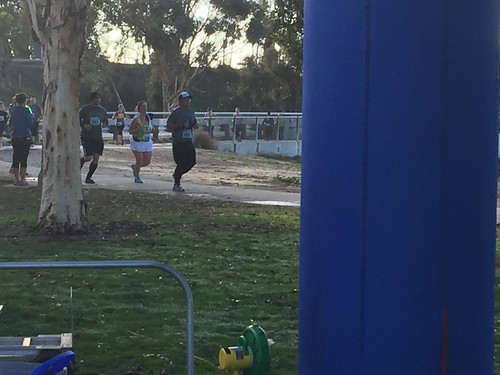 We both sprinted to the finish, and came in seconds after our goal times.  Booooooo!

After we finished, we wandered around, indulging in samples until we decided it was time to head home. 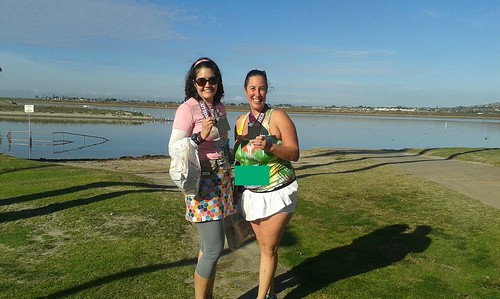 Overall, it was a great experience, and I enjoyed the race even if it was too long, meaning I didn't meet my goal time.  Plus the medal was fun and unique - a mini-chalkboard to write your resolutions.

It's going to be a great year!


What are your goals for the year?  Any fun races planned?