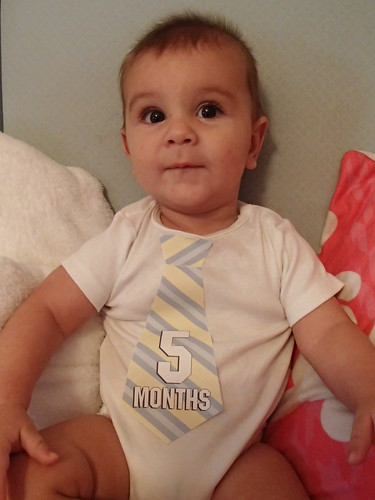 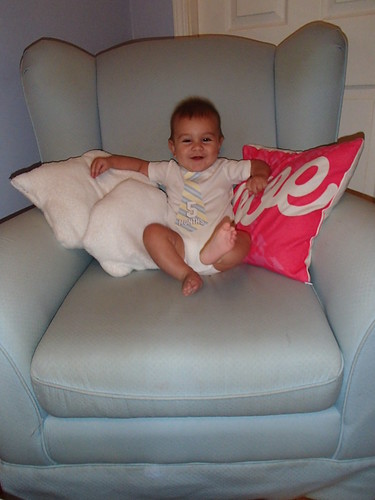 Sleep:  Sleep?  I vaguely remember what that was like.  We're still in the throws of some pretty terrible nights.  In a "good" night he's up twice.  More often than not he's up every 2 hours.  And up for the day before 5am.  I'm exhausted.  Usually I get to work a couple minutes early and sleep in the car, but that extra few minutes doesn't make up for the hours I'm not getting at night.

Eating: I'm breaking even with the fourth pumping session so I officially make enough for Thatbaby at daycare!  His daycare provider asked me to send in an extra couple of ounces and I put my foot down.  He ate so much less when he was at home with Thatmom, or Thatboy, and I really don't want to try to squeeze in another pumping session.  I brought in some teething toys for him to chew on instead of eating, and that seemed to work.  Plus she realized that he was wanting to eat whenever she was eating, and with that knowledge she was able to figure out when he was actually hungry, and when he just wanted to join her.

Best Moment: Halloween went so well!  I figured he'd sleep the whole time, but he stayed awake.  And instead of fussing in his stroller, as he is wont to do, especially when tired, he just chilled out and watched everything around him. 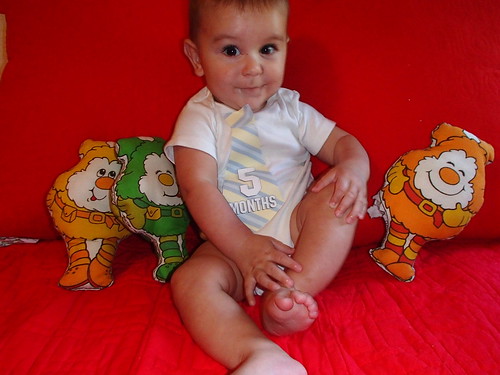 Monthly Wisdom: There are various times during infant/toddlerhood when eating out is harder than other times.  We've entered that state.  Thatbaby used to sleep in a carrier through meals, he doesn't anymore.  And he's still too small, not a stable enough sitter for the highchair at restaurants.  So my diaper bag has become a lot like Santa's bag - filled to the brim with toys and distractions.  At home, he sits with us for breakfast and lunch on the weekends, with his high chair tray filled with silicone baking cups - the ultimate baby toy.  Soft and pliable, mouth friendly, and stackable. I'm really looking forward to next month when we start BLW.  Not because I'm anxious to start solids, but because it will keep him occupied!

Goals for the Upcoming Month:
-Thanksgiving - I hope it goes well.
- Santa visit - also hoping it will be a success
- More sleep?  Well, it can be a goal even if it's unrealistic

Things Thatbaby is doing:
-sitting
-putting EVERYTHING in his mouth
-Reaches to touch people (especially family)
- waking up when he hears Thatkid's voice
- joining us for breakfast/lunch at the table
- LOVES Sophie the Giraffe
- Trying to grab food off our plates, out of our hands.... 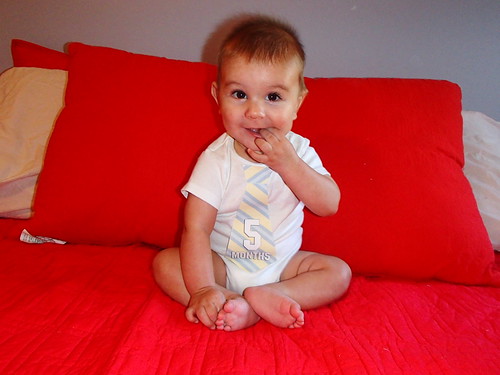