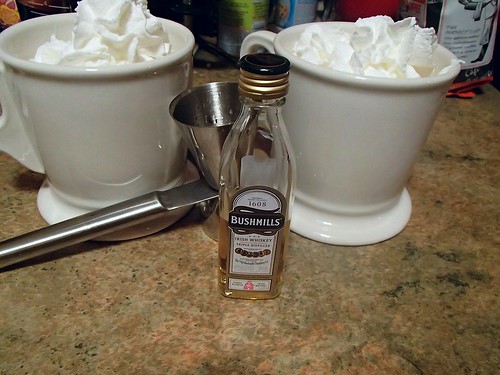 I mentioned yesterday that the best part of Thanksgiving is that it heralds in the holiday season.  And that wasn't entirely fair.  Thatboy and I were discussing the fact that Thanksgiving is usually bypassed in favor of the more glamorous Christmas.

A local radio station has been playing Christmas music for weeks.  All month houses have been decorated in lights.  Stores are loaded with Christmas items and decorations.  And it's not Christmas-time!

It makes me a little sad.  Thanksgiving is a holiday which celebrates community and family.  It transcends race and religion (for the most part.  I mean, I would imagine that I would have different feelings if I were Native American).  And although Christianity remains the majority religion here in the states, Thanksgiving embraces a much larger percentage of the population.

I really love the family aspect of Thanksgiving.  For as long as I can remember, it has always been a time when we opened our doors and the house was filled with warmth and laughter.  Part of the delight is that I am lucky enough to have an amazing family.  There is very little family drama, no crazy drunk uncle, or senile grandparent.  Everyone genuinely likes each other.

Even within my own immediate family, Thanksgiving has some of my favorite holiday traditions.  Thatkid has been asking for about a week when we get to drink cocoa and watch the parade.  Because Thanksgiving is the first day of the year I break out the hot cocoa.

It's also the time of year to start with the festive holiday drinks.  Many of which contain alcohol.  Like mulled wine or egg nog.  Irish Coffee is a fantastic way to stay warm during the holiday season.  I make mine with decaf coffee because drinking caffeine in the evening means less sleep than I'm already getting! 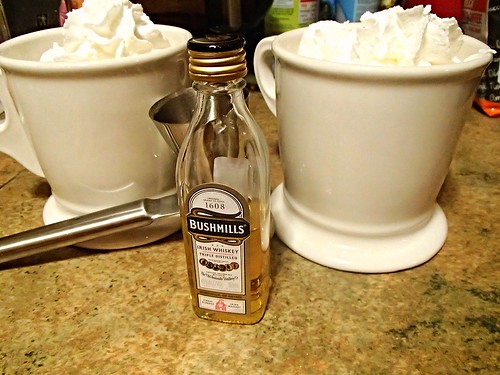