Don't forget, it's your last chance to enter my TeaVivre Giveaway! 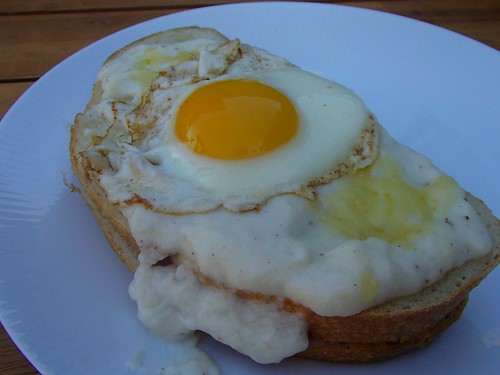 I started taking French classes in 8th grade.  It was an "intro to French" class and we really didn't learn too much actual French.  Mostly it was about French culture and French food.  I have strong memories of learning to read a French menu.  (To be fair, this is actually a pretty handy skill to have.  And also, my Spanish knowledge is also pretty limited to food.)

I've been to Paris two times, and both times I've managed to enjoy the ubiquitous sandwich.  In a way, it really encompasses everything that is amazing about French food - simple and decadent.  Such an odd dichotomy, right?  But when you think about it, it doesn't get more basic than a ham and cheese sandwich.  And the French take that idea and elevate it by warming it up and topping it with a rich, cheesy sauce, and a buttery egg.

The croque madame was the first meal a young Kim Sunee enjoyed at 18 when she ventured to Paris.  Sitting in a cafe by herself, drinking a glass of red wine and taking an assessment of herself.  The first step on her road of self-discovery. 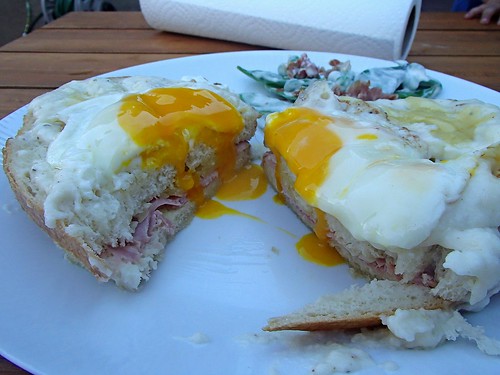