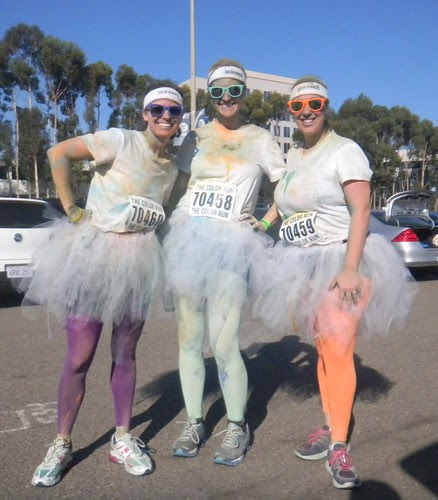 Back in May, Alycia ran the "Color Me Rad 5k" and blogged about it.  A race where they throw color all over you? I was instantly sold.  I googled when the race would be coming to San Diego. The date it shot back had me pouting - August 11, the same day as AL's wedding in Chicago.  "Are we really going to this thing?" I asked Thatboy.  "Because there's this race I want to do...."

Luckily for me, another color race was also scheduled down here - The Color Run.  And this one wasn't until November, so I had time to clear our schedule. And recruit some friends! 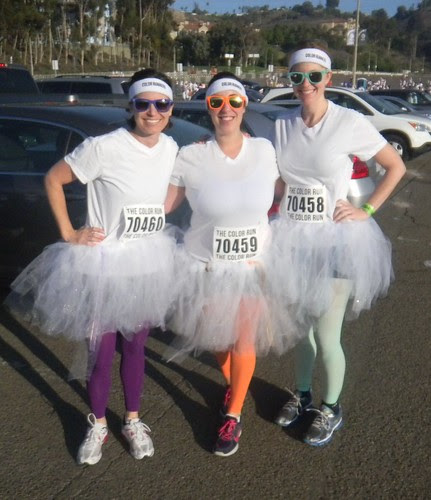 I decided tutus were in order and Jurisslave offered to make them.  L&O came up with the idea of different colored tights with matching sunglasses.  We started off the race stylin'

Thatboy was supposed to come and take pictures of how cute we were, but his teeny little assistant came home from daycare with a fever on Friday night, so they both ended up staying home.  Which left me in charge of taking pictures with my cellphone tucked inside a plastic bag. 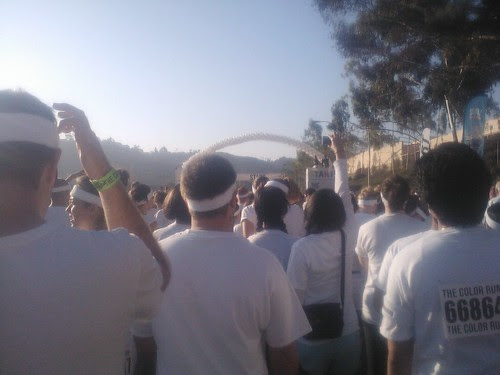 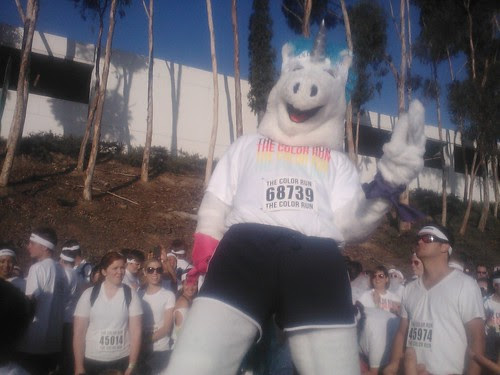 And one "Runicorn"  (who didn't even run, he rode on the bed of  a car.  And I've officially decided that unicorns are a bit on the creepy side.  Just a step below clowns). 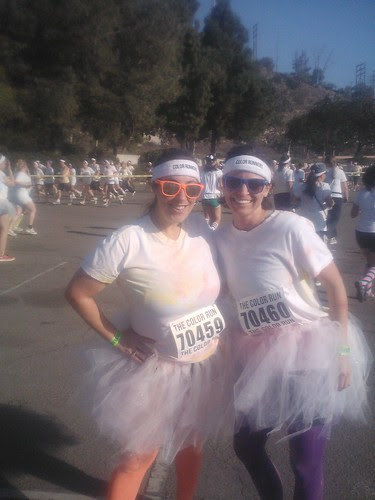 The race was divided into 4 "color" stations (1 each km.)  The first station was pink, and after that, so were our tutus. 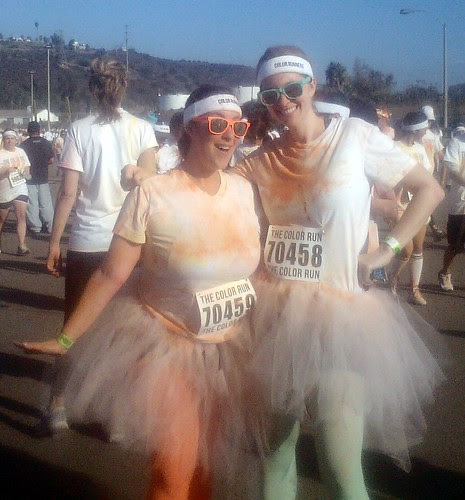 Once we hit orange we could barely see as we ran through the stations, they were just fogs of color. 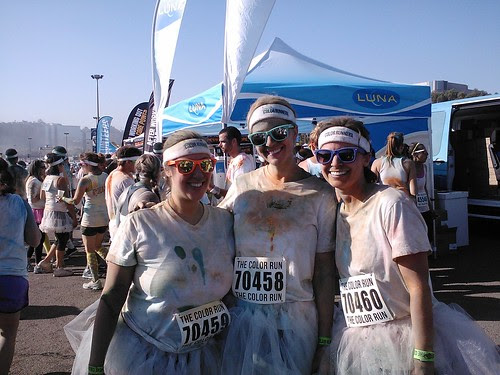 I'm going to go ahead and speak for all of us when I say we had a really good time.  We didn't exactly run very hard, and we still made fairly decent time - although this was the first race I've ever run that wasn't timed.  We joked the whole time about PRing as we stopped to take pictures, walk through the color stations, or grab some water.

After the race we went to the "after party" where we participated in a color throw.  Where each participant throws a bag of color in the air.  L&O and I ended up with blue teeth.  When I came home, I realized my teeth weren't the only things that were blue.  Even after 3 showers, I still have blue under my arm and between my toes!

Jurisslave and L&O are fantastic running partners, and I'm already planning our next race!  Or at least the next time we can get together to wear our tutus.

Even though this wasn't a real race, I still enjoyed a little post-race carb loading.  Especially since my real workout for the day was dealing with a sick baby when I got home.  I mean, sure he looked fine.  And it wasn't like he was running a fever.  But that didn't change the fact that Mr. I-Want-Mommy was on me like paint from the moment I entered the house.  Some nice spaghetti with sausage and a nice glass of wine was exactly what I needed. 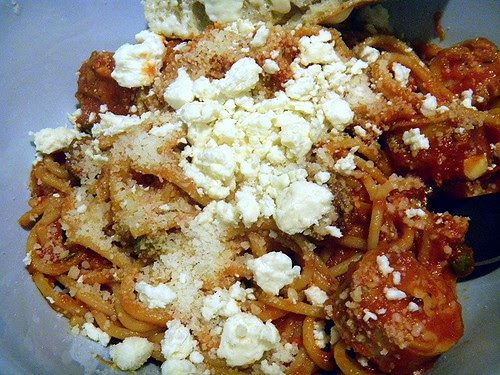