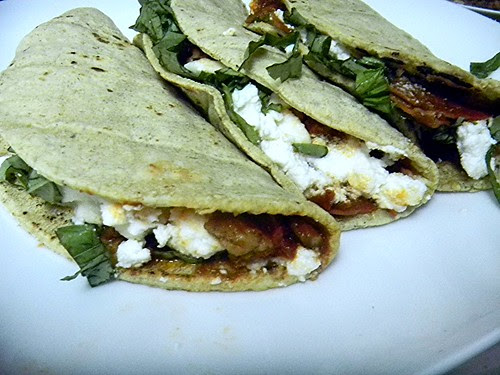 She's baaaaaaack!  Actually, my friend Faye has been back in the country for a while now.  Since spring, if we want to be specific.  And yet, due to house renovations, hosting company, and schedules that just don't mesh, we finally were able to get together for the first time a couple of weeks ago.

Faye has spent the past 4 years out of the country.  First, living along the Amalfi Coast in Italy, and then across the world in Bahrain.  When she asked where we should meet for lunch, I asked if there was any place in San Diego she hadn't gotten a chance to revisit yet.  Her pick was Little Italy, as she had never been there.

I always love an excuse to venture to Little Italy, pick up some fresh cheeses, fresh pasta, and window-deli shop, so I was only too happy to accommodate this request.   We grabbed some pizza and salad while we caught up on the past few years.  Then we walked and had coffee which was a far cry from the Italian version to which Faye has become accustomed too.  San Diego is really not known for our coffee scene.  Beer?  Of course.  But not coffee.

I returned home from our date wanting to continue the Italian theme of the day, especially since I had fresh cheeses at the ready!  I had seen this recipe in my Food Network Magazine a couple of nights earlier and liked the twist on our typical tacos.  We eat a lot of tacos, given how much Thatbaby loves them.  This ranked right up there with his favorites.  He devoured the sausage and the cheese>  Thatboy was equally impressed.  Although skeptical at first, he began eyeing Thatbaby's portion after a few bites, hoping he might scavenge whatever was leftover.  Mangia Bene! 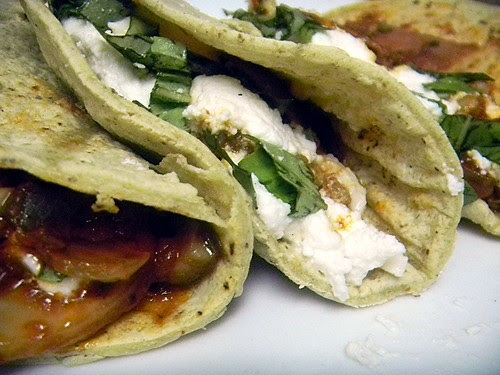 Pizza Tacos (From Food Network Magazine)
Posted by That Girl at 11:07 AM