Most of the races I do year after year are those I do with my family. One of my favorites of these kind of races is Sharon's Ride. It's just so incredibly kid friendly.

Shortly after we arrived, the boys made their way to the bounce house and giant inflatable slide. And we also managed to squeeze in some face painting before the race started. 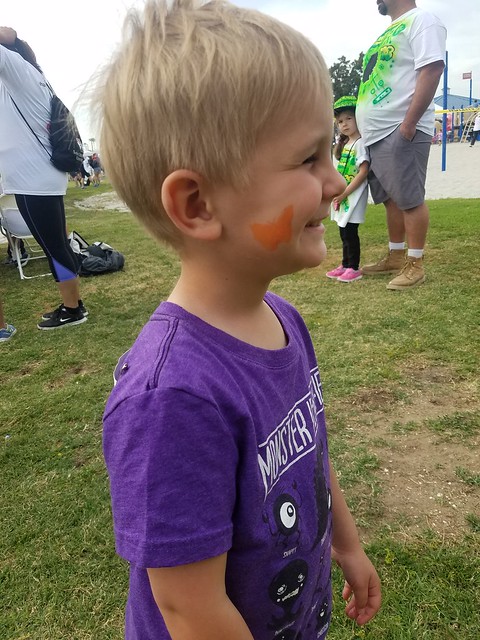 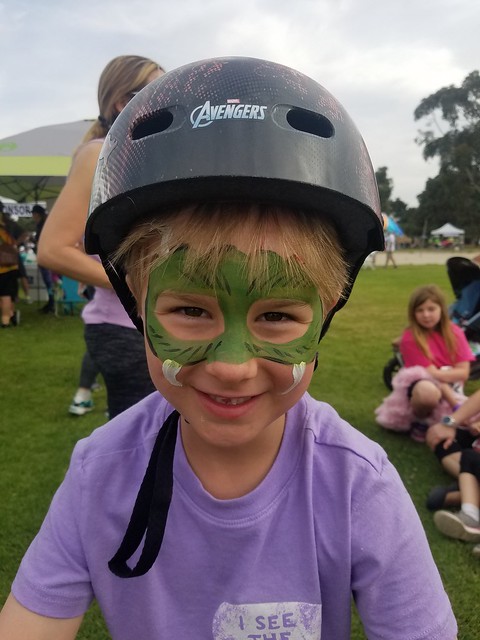 This year, instead of listening to Thatkid whine about how tired his legs were, I suggested he bring his bike. Which meant of course Thatbaby needed to ride a scooter. 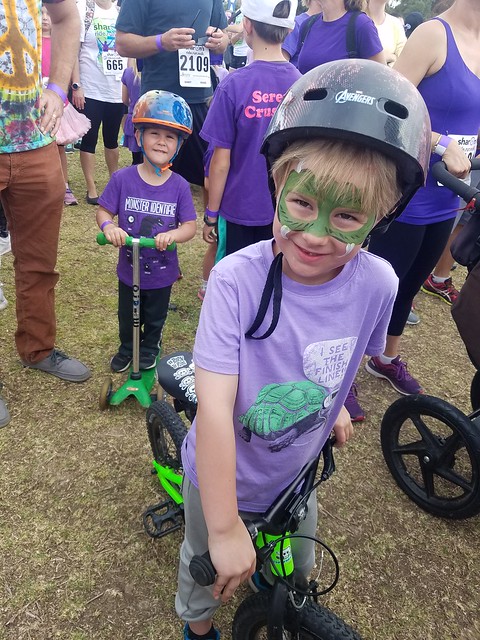 We split up once the race started. Thatboy stayed behind with Thatbaby. 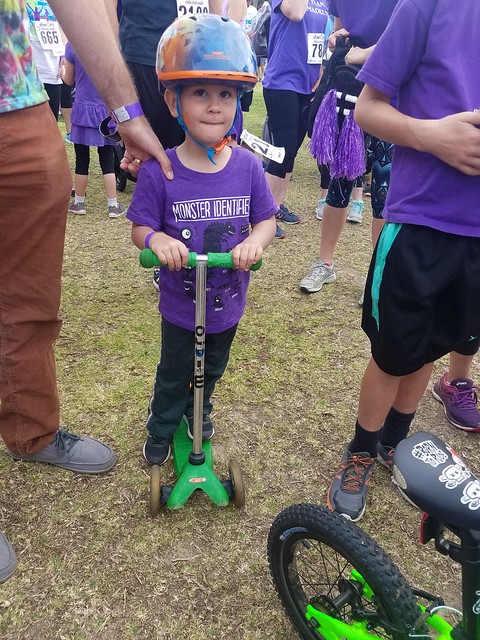 While I ran up ahead, alongside Thatkid.  The bike worked perfectly. He got a little frustrated I'm the beginning of the run when it was too crowded to bike, but he made the entire 3 miles without complaint. 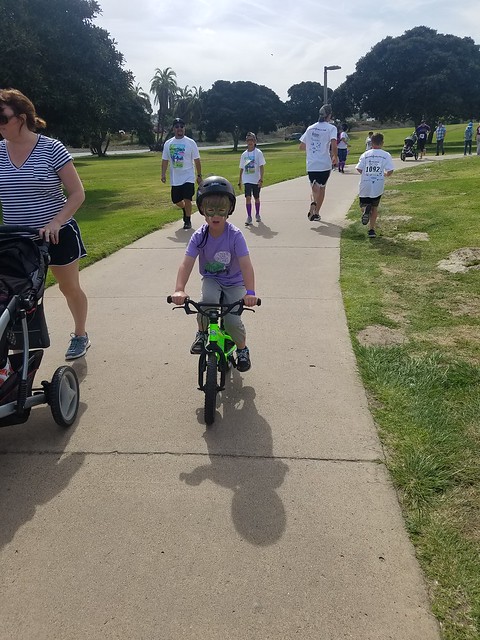 After, while we waited for the other two, we scoped out the free shaved ice truck.  And got some! When Thatboy and Thatbaby finished, they joined us in enjoying some cool treats. 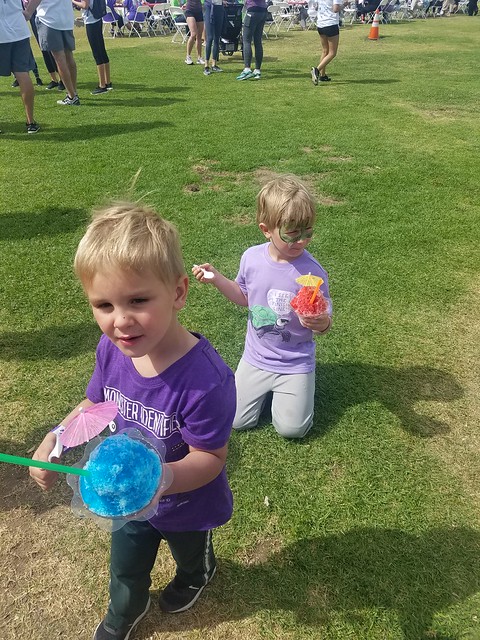 There was more sliding and bounce houses and cotton candy. Eventually I convinced them to sit down and have some actual food - catered barbecue.

And after that, Thatkid was ready to call it a day. Before noon! 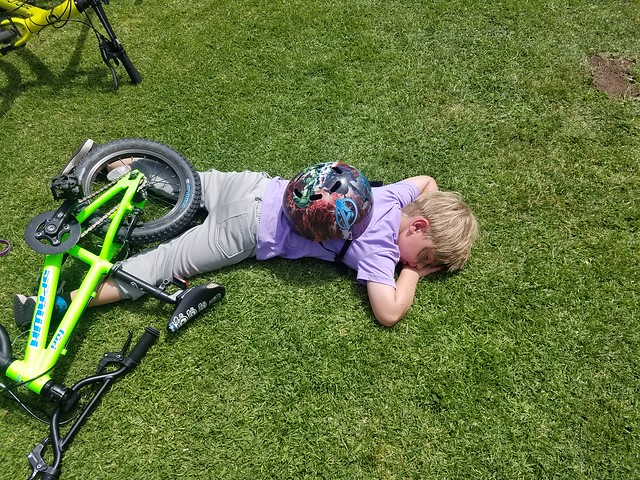 I think that sounds like a pretty successful 5k if you ask me !
Posted by That Girl at 1:00 AM