I'd been hearing about the San Diego Half Marathon for years now.  All my running friends rave about it.  It's one they do year after year.  L&O decided last year it was going to be her "comeback" race post child #2, and we signed up super de dooper early.  Maybe too early.  L&O postponed her comeback race, and, while I'm a little bummed that we didn't run it for the first time together, I'm excited to run it again with her - or any other comeback race she picks.

Instead, I met up with some of my other runner friends at the start of the race. 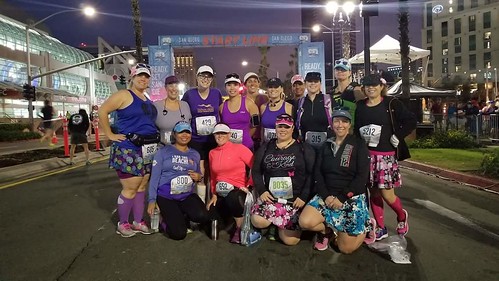 Even though I knew other people running, I decided to go it alone.  I could work on getting back to my pre-pregnancy race pace.  Plus it felt right to run solo, with my imaginary L&O beside me.

I actually really impressed myself with my speed for the first 9 miles.  I always forget how much faster I am when I'm not running the hills around my house.  And the first 9 miles of the San Diego Half were predominately flat or downhill.

Mile 9 has A HILL.  All caps.  Because "hill" doesn't even begin to give a fair description of this puppy.  Y'all, San Diego races - anywhere they are in the county - have got some gnarly hills.  I've run in other places, and their races do NOT have hills that compare.

I knew SDMom was going to be at the top of the hill, so I used that to motivate myself forward.  And there she was. 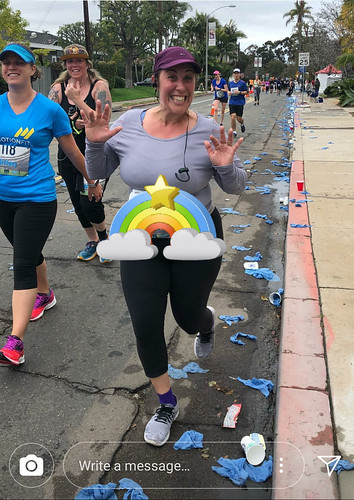 I never really recovered my oomph after that and struggled those last few miles.  But eventually we were back downtown and I knew we were just a few blocks from the finish line.  And one of my favorite songs hit my playlist and I was sailing in to the end.

One of the highlights of the race was the finish inside Petco Park.  And I knew exactly what was coming as we rounded the corner.  Here, let me take you with me. 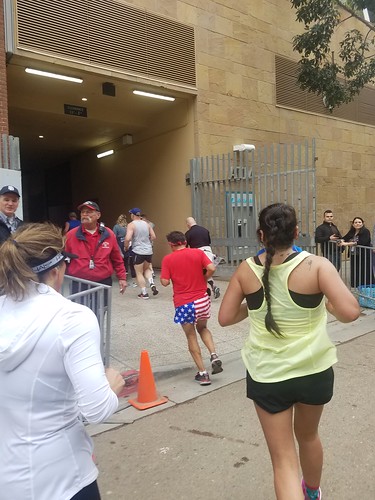 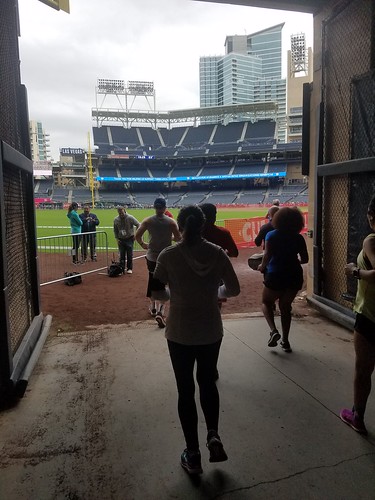 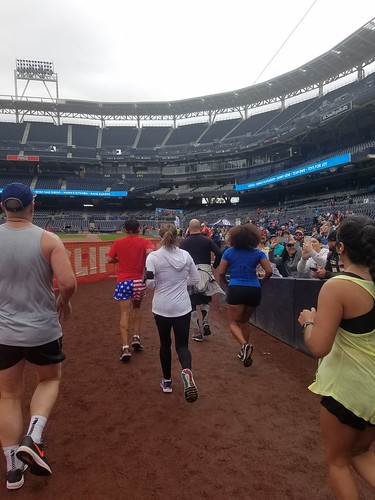 Into the park and right to the finish.  As you enter you're up on the Jumbotron with the score board showing your name. 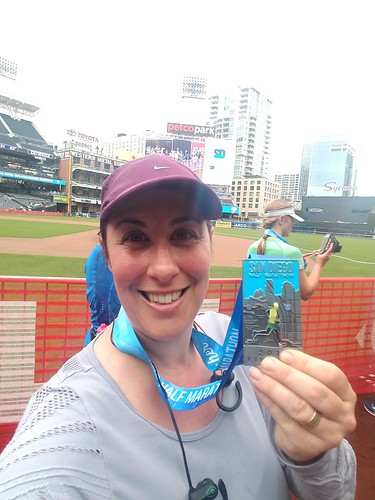 So my overall thoughts on the race?  I can see why people like it.  In terms of San Diego courses, even with that monster of a hill, it's still a less hilly half marathon than most.  It gets a lot of raves about scenery, but much of the course is similar to AFC, which I preferred.  I also found it to have less crowd support than The Rock and Roll Half Marathon.  So while I'm excited to run this race with L&O, it'll be more for the always amazing company more than the fact it's a race that I want to run again and again.
Posted by That Girl at 1:00 AM