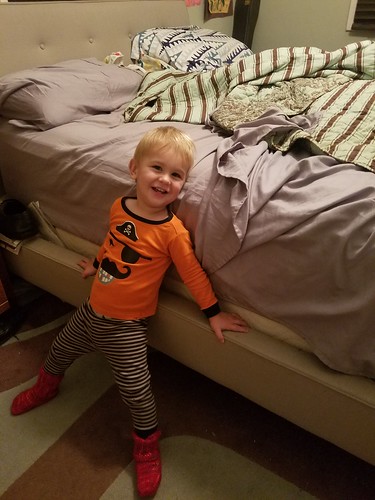 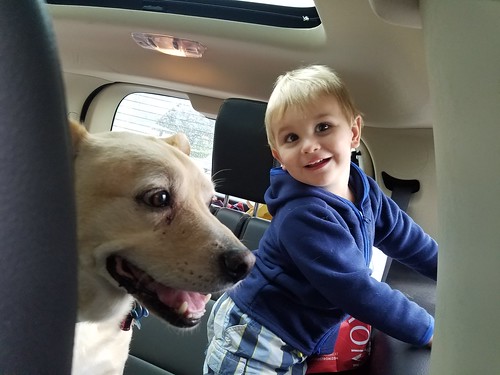 Sleep:  I hate to jinx myself and say its getting better.  So let's just do the eye thing you and I, okay? We've only had a couple really bad nights, most night he's just up once.  His naps are still shorter than his brother's are, and he's still up at dawn, so things are far from perfect.

Eating: Thatbaby has a touch of the anemia.  So we've been trying to up his iron intake.  Hamburgers, dried apricots, and multigrain cheerios.  He still prefers fruit and bread.  He still is loving grapes, but is also very into peas.

Best Moment: This month Thatbaby has decided that I'm not supposed to shower alone.  If he hears the shower start, he comes running and starts taking off his clothes.  That's not the best moment part.  The best moment was when we were in the shower and Thatkid kept asking if we were in the shower (the bathroom is not a private place in our home).  I responded "No one in here but us chickens" and Thatbaby started flapping his arms and saying "bock bock bock." 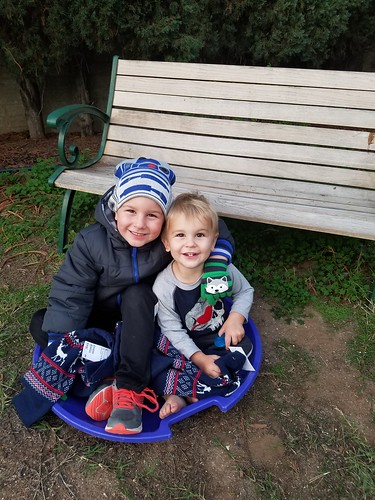 Monthly Wisdom: I was looking back over the updates I did for Thatkid and at this age I was loving his toddler-hood.  I have mixed feelings about Thatbaby.  He is absolutely adorable, and so much fun, but he's also so much trouble.  I kind of miss the quiet little bundle he once was.  Maybe it's because he's my last that my feelings are exactly the opposite.  Or maybe it's because he's my Oppobaby.

Goals for the Upcoming Month:
- SLEEP

Things Thatbaby is doing:
-  More words. He has  more every day.  Last month there was a lot of "Tris tris tree" "dan ta" and "yights." He tries to repeat everything we say.  AND he says his name.  I'm not sure if he knows its his name, but he'll repeat it at the top of his lungs.
-  He started nodding his head!  Thatboy has even heard him say "yeah" on occasion.  Maybe we'll stop getting so many nos?
-  Singing.  Thatbaby looooves to sing.  His current favorite is Jingle Bells, which sounds more like "poo poo bells" when he sings it.  But he loves it and screams out the "Hey" and the "ha ha ha."
- Dancing.  Basically the kid loves music.  He just starts to boogie when he hears music, and at the end of the song he claps.
- He loves shoes.  Which is funny, because Thatkid also loves shoes.
- He is so good at saying "thank you."  Still need to work on the unprompted "please."
- Chores - Thatbaby likes to help unload the dishwasher and walk Thatdog. 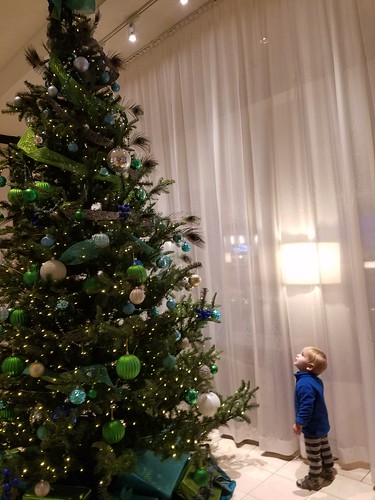