But I love history and different culture, and I've definitely embraced that living out here.  The nice thing about being close to the border is also getting historical and cultural lessons from our neighbors to the south, Mexico.

One of my absolute favorite aspects of Mexican culture is Dia de los Muertos, "Day of the Dead."    It's a celebration of those we have lost, a time when the living and dead commune.  While Mexico is certainly not the only culture to have such a celebration, the bright colors, decorations, and flowers make it an event that especially speaks to me.

This year San Diego hosted the "Carrera de los Muertos" or "Run of the Dead."  A 5k in honor of the holiday.

The run had lots of activities incorporating traditional aspects of the holiday, like an altar honoring friends and family members no longer with us. 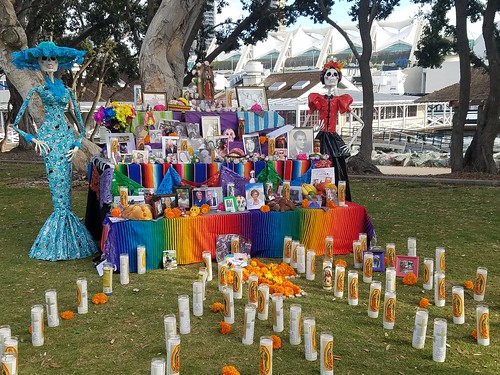 Skulls are a symbols of Dia de los Muertos, most often represented in sugar skulls - highly decorated skulls made out of...you guessed it, sugar.  At the race, there were face painters who helped transform runners into these decorated skulls. 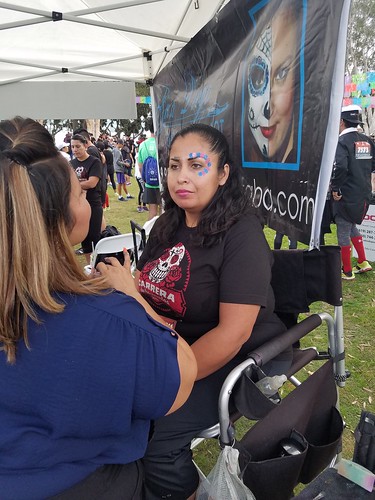 I came ready prepared, with a tattoo set I found at the craft store. 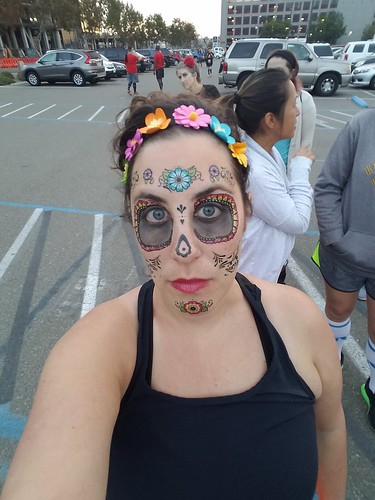 There was a stage, with a group leading everyone in a dance-inspired workout. 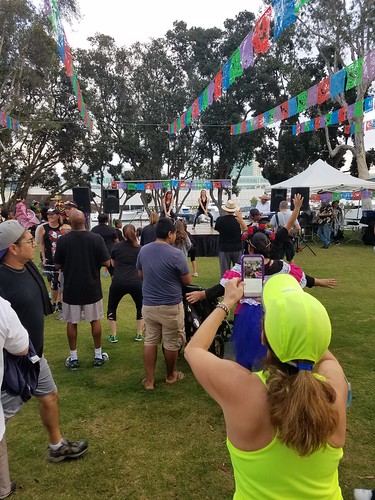 And plenty of photo opportunities. 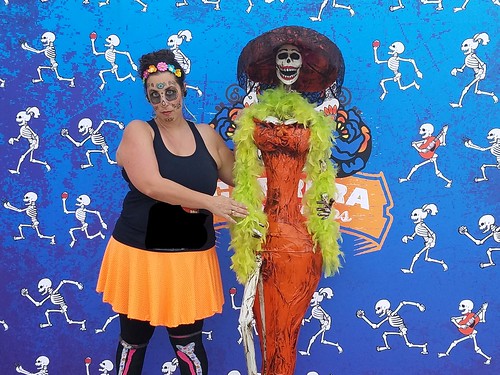 I got there with enough time to check everything out, and then head over to the start.  The announcers asked the runners to head to the front, and the walkers to head toward the back, and everyone seemed really good at following instructions. 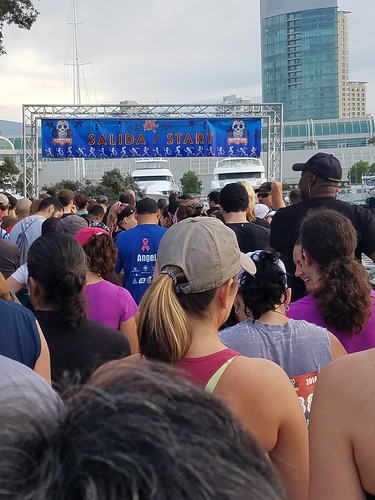 As the race began, we were sent off by a mariachi band! 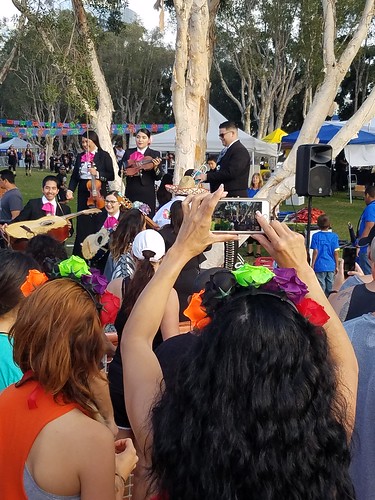 The race was at my favorite San Diego course- the Embarcadaro.   I won't bore you too much with more details about the course, you're sick of those right?  I feel like I'm constantly extolling its virtues. 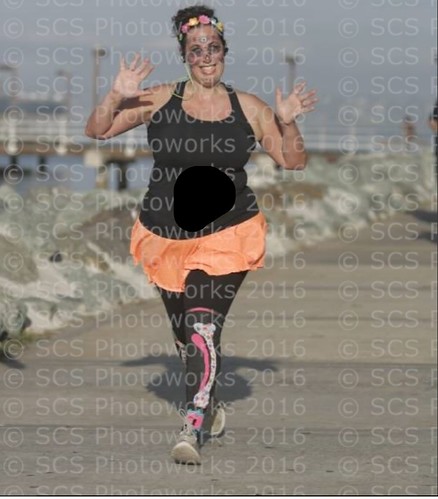 I will say, that this race changed up the course slightly, having us all run a bit farther, and then around a parking lot.  What was nice about that is that it really decreased the amount of time runners headed out and runners headed back had to share the same path.  And although it sounds "meh" to run around a parking lot, this one was filled with dancers in bright traditional dresses, which kept us all entertained. 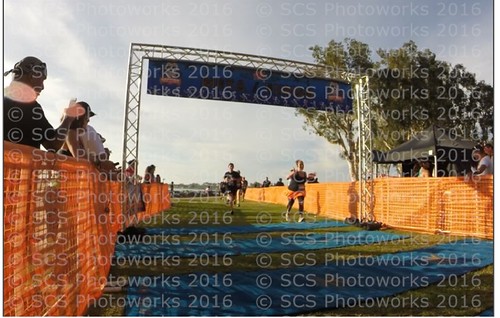 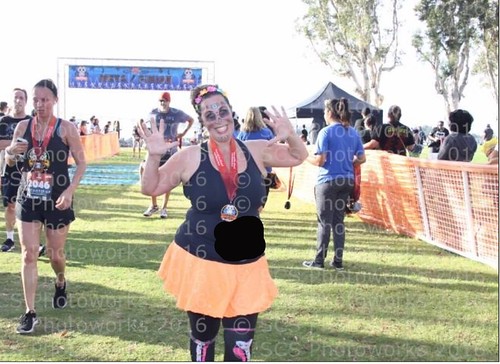 After I finished and received my medal, I headed over to the water table, to find that not only was there water, but also Alova.  I know absolutely nothing about this brand, but I will say it is my new favorite post-run drink.  It was so good! 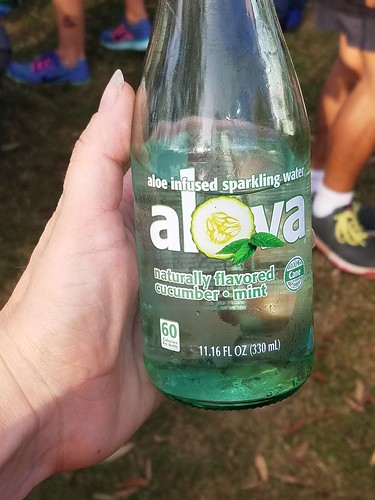 There was also chocolate milk, orange slices, and bananas.  Not bad for a little local race!  And the mariachi band that had played us off at the start of the race had taken to the stage. 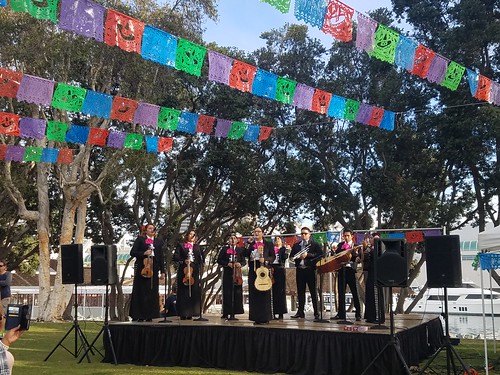 The lines for photos were miraculously short at this race, which is why I took advantage more than at any other race I'd been to.  As usual, it's always easy to find another runner to take your picture.  Runners are the best people. 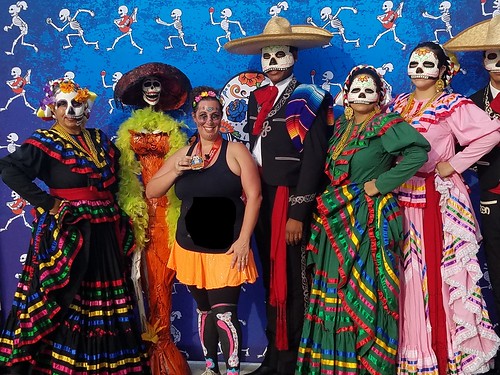 Overall I'd say this race was really well run (ha! pun intended!).  The organization was good and it catered to runners and walkers of all ages.  The course is beautiful and the slight change made it even better.   There was a fair amount of vendors and lots of great perks like the face painting, a goody bag, and entertainment.  A great addition to the San Diego race scene. 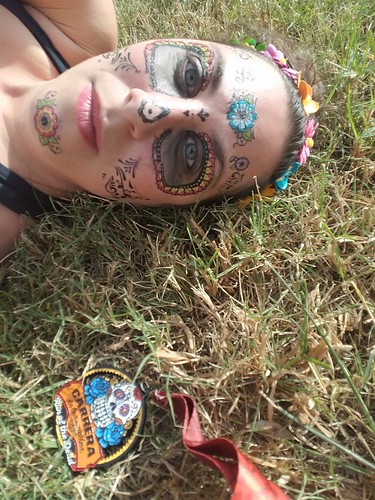